The counting of ballots in a rare union election at three Starbucks locations in Buffalo, New York will proceed as planned after the National Labor Relations Board rejected the coffee chain’s appeal to the vote’s structure.

In October, the NLRB approved separate union votes at Starbucks’ Elmwood Avenue, Camp Road and Genesee Street locations, dismissing the company’s request to have a single union vote for its 20 cafes in the region. 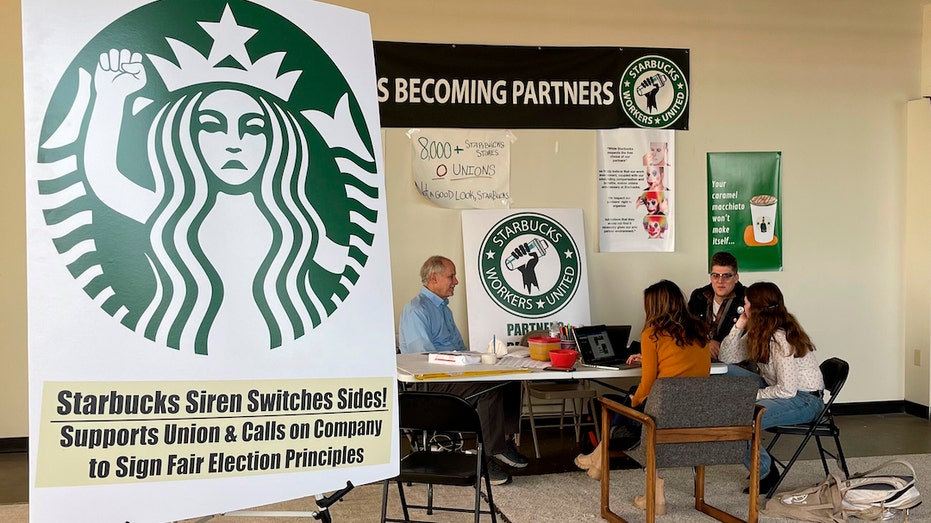 Though ballots were mailed out in November, Starbucks filed an appeal for the full NLRB in Washington to review the case and to have votes already cast impounded. However, a three-member NLRB panel ruled on Tuesday that Starbucks’ appeal did not raise any substantial issues that would warrant a review.

STARBUCKS FENDING OFF GROWING UNIONIZATION EFFORT AT ITS STORES

As a result, the union election's ballots will start being counted on Thursday. Approximately 111 workers from the three locations are eligible to vote on whether they want to be represented by Workers United, an affiliate of the Service Employees International Union.

If the vote is successful, the stores would be the first of Starbucks’ 8,000 company-owned U.S. locations to unionize. A majority vote at any one of the stores would create a bargaining unit for that location.

"From the day partners filed the first NLRB petitions to hold union elections, Starbucks has shown it has no shame and will sink to any depth to try to break partners’ momentum, sow confusion, and interfere with partners’ right to a fair election," Ian Hayes, the union’s attorney, said in a statement. "The company has failed every step of the way because the legal positions it has taken are intellectually vacant, and today’s decision by the NLRB is proof of that."

The NLRB’s decision comes as the unionization effort is growing with Starbucks workers at an additional three Buffalo locations and a store in Mesa, Arizona, filing for their own elections.

In a video message to employees on Tuesday, Starbucks CEO Kevin Johnson commented on the board’s decision.

"Many of you have told me you greatly value the flexibility to work between stores, to swap and pick up shifts, giving you the opportunity to connect with partners across different stores as one community," Johnson said. "Because of this, we feel strongly that all partners in Buffalo should have a voice in the elections, which may unfortunately not be the case. While we recognize this creates some level of uncertainty, we respect the process that is underway and, independent of any outcome in these elections, we will continue to stay true to our Mission and Values."

"You can trust that while we are on this journey together, we will always be one Starbucks, grounded in the belief that partners are the heartbeat of this company," he added. "These principles will guide us, ensuring that our legacy of treating one another as partners is lived out every day, in every market, in every store."