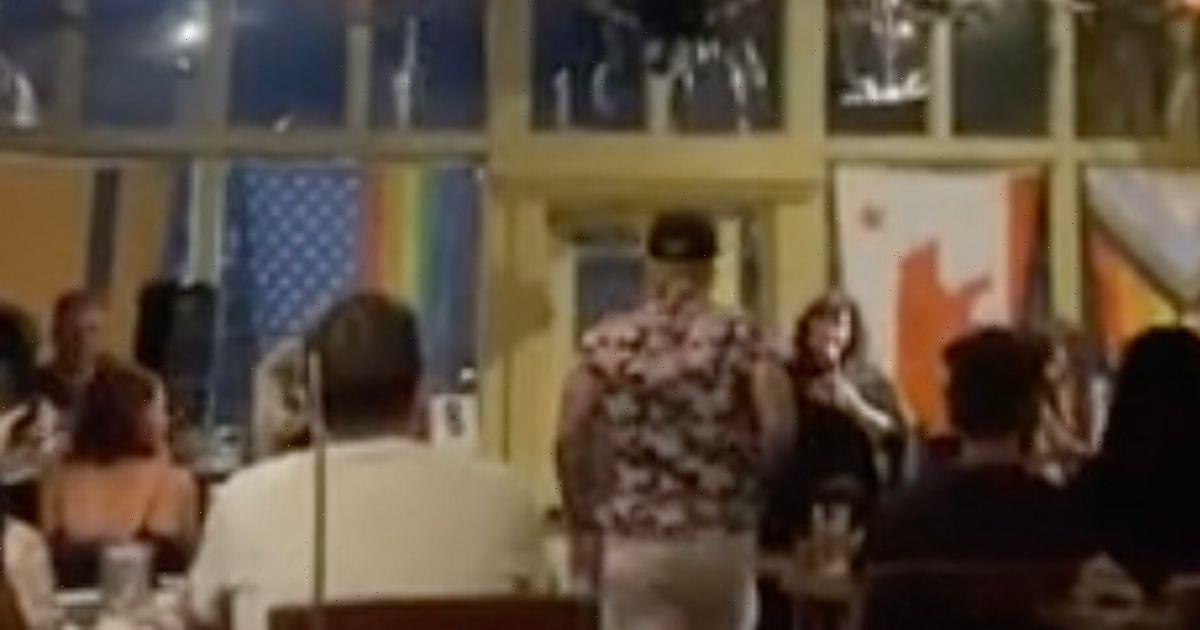 A stand-up comedian was forced to order an unruly audience to "sit back down" when he allegedly tried to make out with her.

Jenny Zigrino, from the US, shared her horrible experience while doing a stand-up comedy set in San Francisco and said it happens "more often than you think".

Posting the incident on TikTok, she wrote: "Sometimes stand-up is scary."

While she is up on-stage, a man in a floral shirt and white pants with a black cap stands up from the audience seats and walks towards her.

Jenny can be heard calling him out as she says: "Sit back down right now. Don't come anywhere closer.

At this moment, other fellow comedians go and help Jenny, who said they "threw him out" of the club.

Her video has quickly amassed nearly 2 million views and she explained in the follow-up videos that the man first approached her from a door behind her and handed her a bottle of wine.

"He was very drunk," Jenny says. "And when he sat down, he was generally disruptive and I said 'what the f*** is your deal?'

"He then came towards me, not that he was going to attack me but aggressively make out with me.

"He was like 'Oh you are a woman, you like what I am doing. Well, what about this?'"

Many viewers showed support to Jenny and asked if she is doing okay.

One said: "He came up to stand over a woman and intimidate her. He's genuinely a danger to society."

Get all the biggest Lifestyle news straight to your inbox. Sign up for the free Daily Star Hot Topics newsletter here.

Another commented: "This is absolutely terrifying I'm so glad you're okay."

"Sad that he made it so far before anything happened though," a third added.

Jenny later wrote on Instagram: "This stuff happens more often than you think, it happens to both male and female comics as well as trans/non binary.

"Some people have this weird idea that because you speak publicly they can do whatever they want to you."