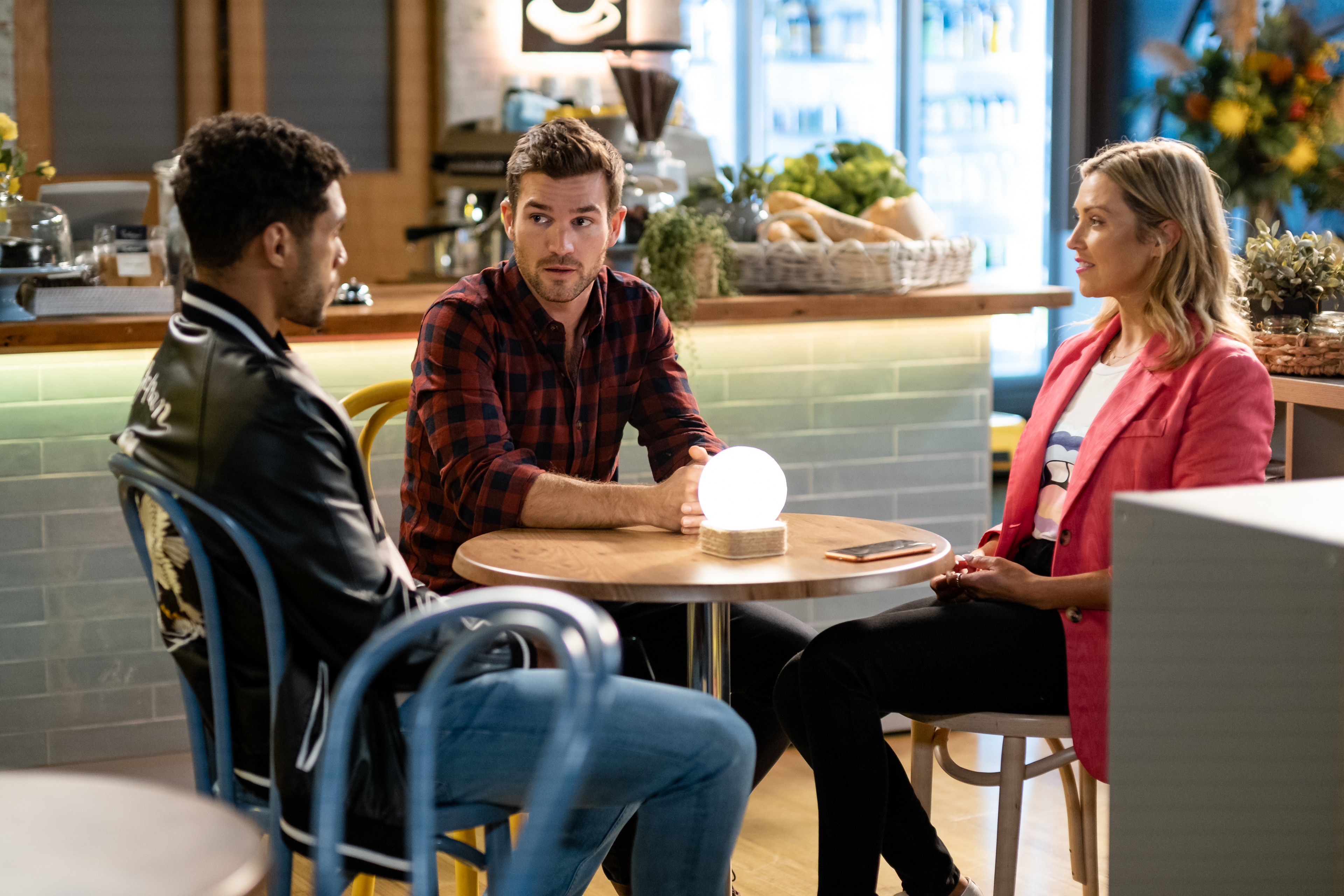 Nobody likes feeling unwanted in their relationship, but that’s exactly what Amy’s (Jacinta Stapleton) afraid of in Neighbours when she starts to feel she is no longer needed in her polyamorous trio.

For each of them, it’s been no mean feat getting their heads around a polyamorous relationship, and they’ve been thrown a few tests along the way, such as Sheila, Levi’s mum, and their own green-eyed monsters. But this will be their biggest challenge yet.

Ned and Levi are giving Amy the space she’s asked for after word got out that both the lads spent the night in her bed, but she’s still finding being the talk of the town difficult. The thing is though, that’s not the full truth and Amy can’t bring herself to admit her true concern.

Levi is still the butt of jokes at the police station, and he is fed up with it. He starts to question whether it’s all worth it. Craving a bit of normality, he has a cheeky flirt with a stranger, and enjoys it when she flirts back. Loving the attention, he is quick to say yes when she invites him for a drink. This could add a whole new dimension to his other relationship.

Later, he and Ned finally corner Amy and get her to admit what’s bugging her. She confesses that after their night together as a trio, she has one big concern – that the boys might turn gay. And that would make her surplus to requirements. The two scoff at the idea and try to reassure her they don’t feel that way about each other. While Amy isn’t entirely convinced, Levi decides to prove the point – by telling her he wants to date someone else too.

But Levi doesn’t get the response he expects. Thinking Amy will be fine with it given that she’s dating two guys, he’s shocked when she gives him a big fat no. She wants him all to herself.

Not prepared to accept her double standards, Levi tells her he’s going on the date, and she’ll have to like it or lump it. Which will she choose?