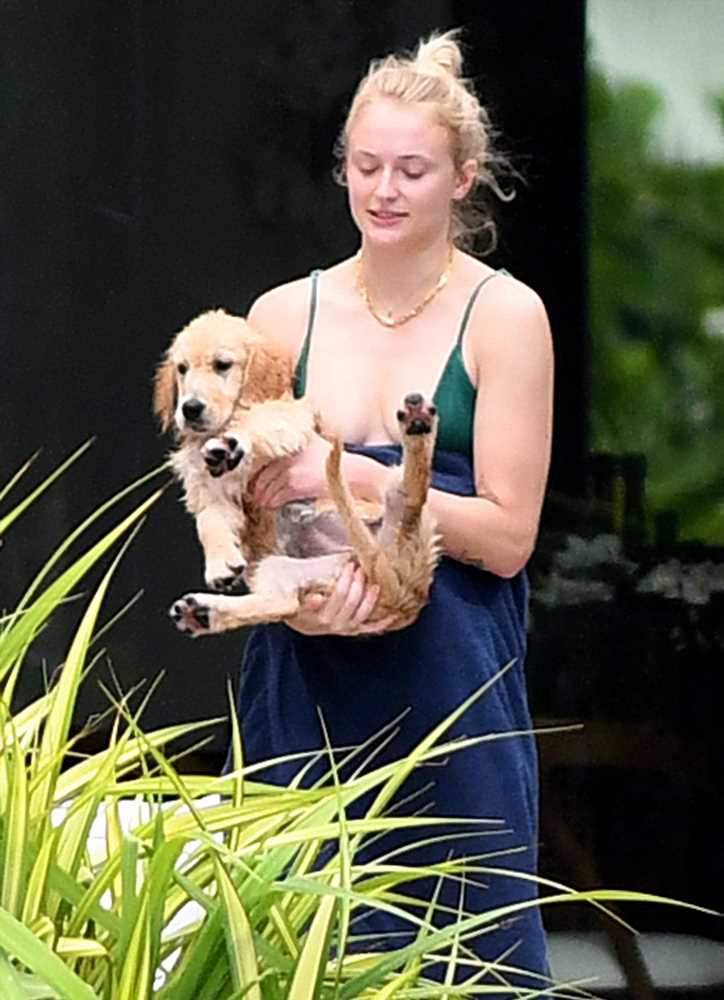 Joe Jonas and Sophie Turner were spotted with a new puppy following the death of their beloved dog Waldo.

The couple enjoyed their time at a vacation home in Miami on Saturday with a golden retriever puppy as Turner was seen giving the dog a bath in the pool.

Joe’s brother, Nick Jonas, also documented the dog on his Instagram Story in a video he posted recently when the Jonas Brothers and their significant others, including wife Priyanka Chopra Jonas, arrived in Miami, where they will be kicking off their Happiness Begins tour on Aug. 7.

In the footage, Turner, 23, can be seen smiling as she cradles the puppy in her arms after getting off the private plane.

The addition of the golden retriever comes after Jonas and Turner’s Alaskan Klee Kai Waldo died just weeks ago. Waldo was being walked in New York City by Jonas and Turner’s dog walker when the tragedy occurred, according to TMZ.

Though Waldo was on a leash, the dog reportedly broke free after getting spooked by a pedestrian and running out into the street. An oncoming car then hit the dog in what Jonas’ rep called a “freak accident,” the outlet reported.

Jonas and Turner were devastated at the tragic death of Waldo, even getting matching tattoos in honor of their beloved dog shortly after the horrific accident.

The Dark Phoenix actress and the musician welcomed Waldo to their family in April 2018, ahead of their Paris nuptials. The pup was the brother of the couple’s other pooch Porky, who was originally purchased for Turner as a surprise gift.