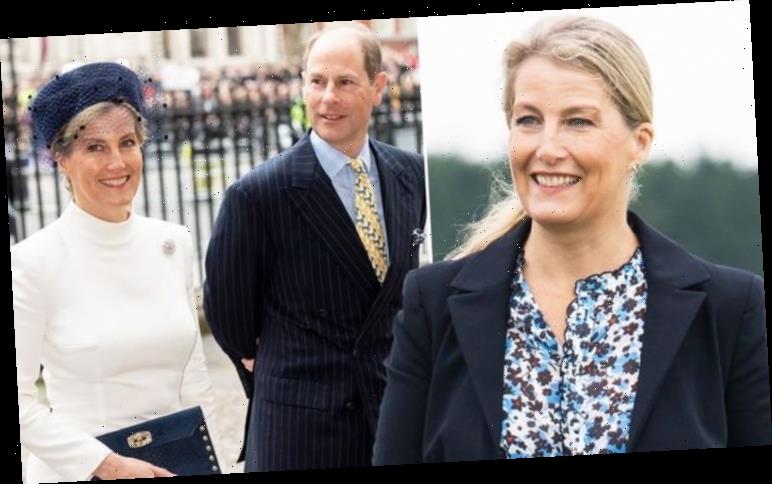 Sophie, Countess of Wessex, 55, and Prince Edward, 56, have been married since June 19, 1999. The couple have made many public appearances together over the last 20 years. Body language expert Judi James told Express.co.uk what this could show about their relationship.

Before the couple married, Sophie had a career in public relations.

Shortly after their wedding, however, she took on a role as a senior working royal.

This position has seen her carry out engagements at events in the UK and across the world.

When Sophie and Prince Edward step out together, Judi explained what it shows about their relationship.

While Prince Edward has more experience as a royal, Sophie seems confident in her position.

Judi commented: “Sophie’s superior levels of confidence and perhaps life experience shows but the duo looked as though they shared the same goals and thinking.

“The way Sophie holds onto Edward’s arm suggested she would be his anchor in life.”

The royal couple look happy to support each other when out in public.

While Sophie may see the pair as equals, the expert claimed Prince Edward is happy for his wife to take centre stage.

“Sophie’s body language suggests no active desire to scene-steal as she stands with one knee bent in and some modestly-placed hand gestures,” Judi continued.

“But it’s Edward who seems happy to suppress his own royal status to make her the focus of his attention.

“The way he face-watches his wife suggests she’s not only the centre of his attention, she’s also the one he is amused by and takes his lead from.”

The royals have been married for more than 20 years and have two children together.

While they are both senior members of the family, they have established different roles for themselves.

The expert suggested they have figured out what works best for them being a couple and royals.

She added: “More recent poses between the couple have been a revelation.

“Both Edward and Sophie appeared to have matured into very different roles from their idealised wedding poses and this evolution seems to have worked well.

“Sophie appears to enjoy stepping into the royal limelight but we never see any signs of vanity from her.

“Edward’s non-verbal signals suggests he’s happily moved into a more low-key role in public, while Sophie’s confidence signals show her as being the more socially active one in the team dynamic.”