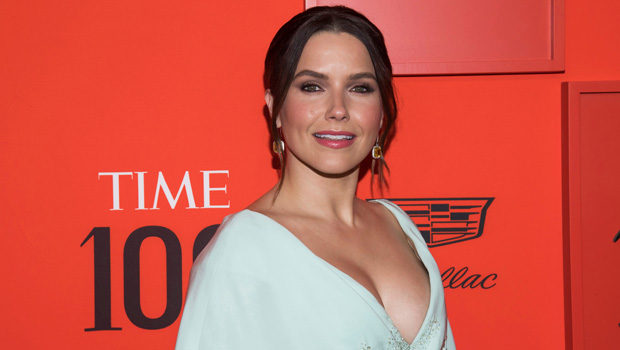 Sophia Bush is urging young women to use their voice for change in an EXCLUSIVE new interview with HollywoodLife.

Sophia Bush, 37, wants young women to be heard in the upcoming 2020 election. “It is the most crucial election of our lifetime thus far,” she told HollywoodLife in an EXCLUSIVE new interview. “Everything is on the table, rights for all people are on the table. It’s a very scary time.” We caught up with Sophia at a West Hollywood event in support of her campaign with Always to “end period poverty,” which aims to ensure young women have access to menstrual products and not have to miss school.

On voting, Sophia understands that making the right decision can be tough — but recommends starting small. “Local elections are just as crucial. Making sure you know who is running for the judgeships in your city, know who is running for congress and senate in your state,” the former Chicago PD star advises. “Our elections are truly the greatest and most important way that we stand up for ourselves.” She also recommends an online resource called I Side With, which allows potential voters to go through a quiz about their thoughts on political issues and then tells you which politician you most likely stand with. “It’s a great jumping off point and it’s a great place for young people to get acclimated with politics.”

The advocate has been long involved in the political space, lending her voice to causes and issues that are close to her heart — and encourages others to do the same. “Just a few weeks ago I was so honored because I was asked to go and speak with 17 of the democratic presidential candidates at the weekend of the Iowa State Fair,” she shared. “I’m on the creative counsel for every town and they held a Gun Sense Forum in Iowa. It was an incredibly deep forum and every candidate got to speak. I’m always happy to lend my voice to a platform for any issue that feels like it will move us forward.”

She’s also been outspoken on fair treatment in the workplace, revealing she departed her hit show Chicago PD because of a “barrage of abusive behavior” in December 2018. “There are so many things going on at the same time which I love because looking at the interconnectedness of issues and how they affect all of us — in particular, women and girls  — that applies to the environment, gun violence, politics. It applies across the board, Sophia concluded.