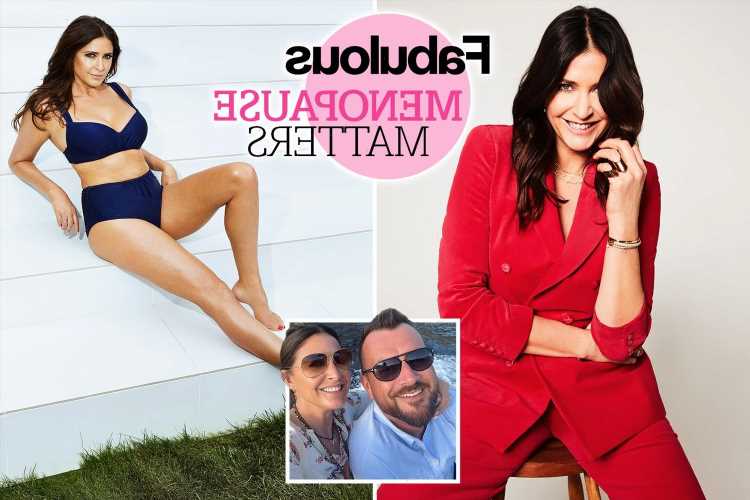 LISA SNOWDON can count George Clooney among her high-profile romances – but it’s a George from Yorkshire rather than Hollywood who has her heart now.

The TV presenter could not be happier with George Smart. The couple had a fling 20 years ago before rekindling their romance in 2015. 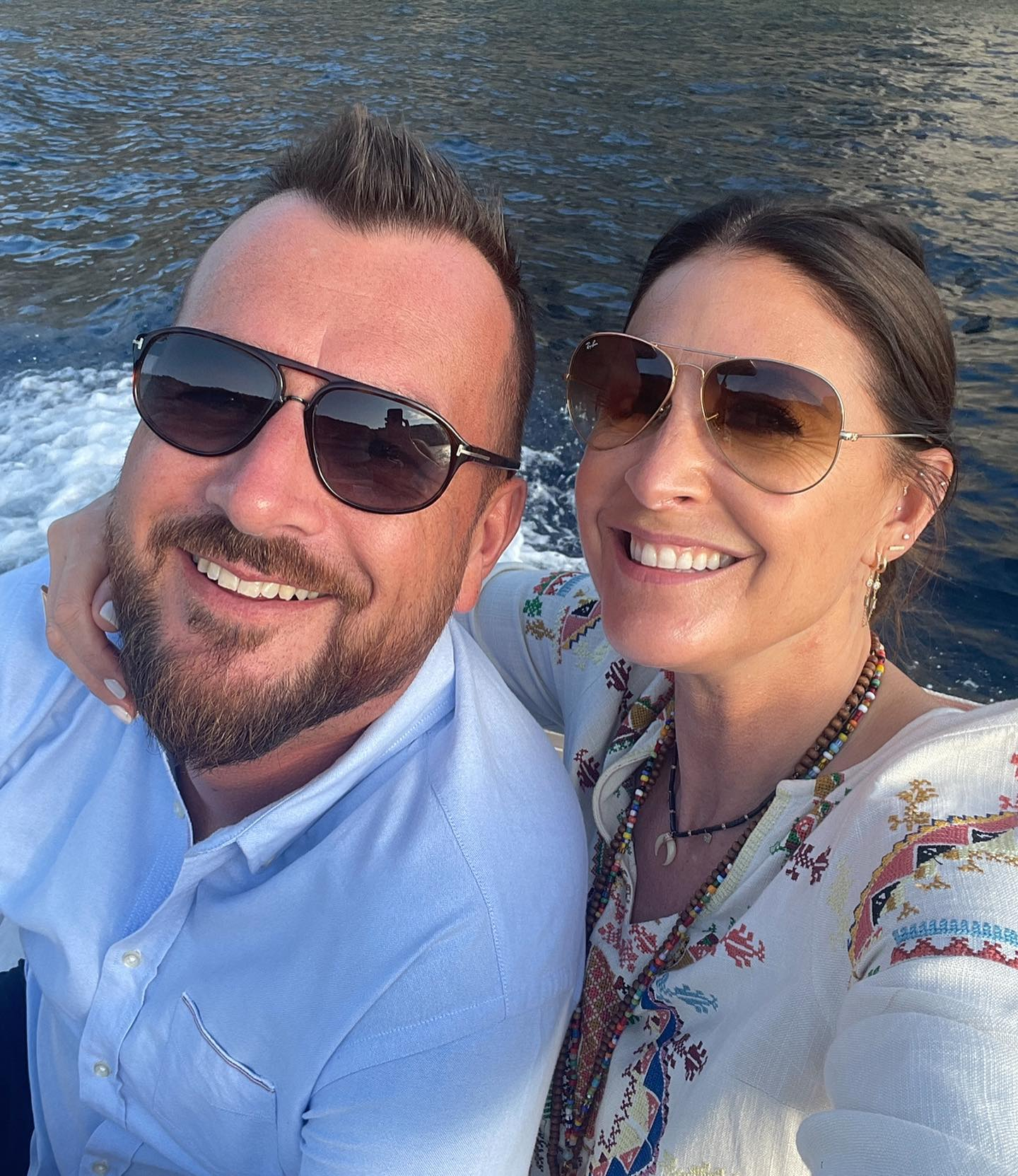 At the time, Lisa was suffering a hotbed of perimenopausal hormones, which she has said stole her chances of having children with George.

While it is not impossible to get pregnant in perimenopause, Lisa, now 49, knew she probably wouldn’t have a biological child.

The couple are now engaged and insist they are content that it is just the two of them. Model Lisa says: “Kids are amazing and enrich your life, but let’s be honest, there are enough kids in the world. I was with my sister and her kids recently and it is full on. The noise alone — I’m like, ‘Guys, can you keep it down?’

"There’s sometimes too much screaming but it’s amazing to watch them grow, listen to them read and see their imaginations develop. We adore the kids but when we leave, we are like, ‘Bye!’”

George, who is six years younger than Lisa and doesn’t have any children, agrees. He says: “There’s a weird expectancy when it comes to having kids. But we have the freedom to make the choice and I feel we don’t have to justify it. Do I feel like I’ve missed out? Absolutely not. It never crosses my mind. I’m 100 per cent happy that it’s just me and Lisa. We have a very, very fun time.”

Lisa, who went to the Italia Conti Academy of Theatre Arts with the likes of supermodel Naomi Campbell, was scouted by a model agency at the age of 19. She went on to host several shows on music channel MTV, presented Britain’s Next Top Model and posed for the covers of lads’ mags Maxim, Loaded and GQ and featured in FHM’s 100 Sexiest Women.

Omicron could hospitalise 1,000-a-day, Sage warns as lockdown 'can't be ruled out'

'will never forget you'

Fearne Cotton heartbroken after death of 'best friend' of 20 years

They met while George was head of events at MTV and had a brief romance.

But Lisa went on to have a five-year on-off relationship with Hollywood actor George Clooney, and was rumoured to have dated comedian and BGT judge David Walliams.

Meanwhile, George set up a marketing and advertising agency. It was 14 years before they would get together again, but the couple don’t feel they have missed out.

Lisa says: “I feel like that was the way it was supposed to happen. We’ve had relationships that weren’t that great along the way — we’ve made our mistakes here and there — and we’ve learnt the kind of relationship we want to be in.

“It’s not like we’re joined at the hip. I love meals with the girls and George enjoys a day at the races, but when we’re together it’s really easy. Twenty years ago the age gap seemed bigger but George was pretty much a baby back then — and he was in the pub the whole time so that never would have worked.

“Now, there doesn’t feel like an age gap at all. George is a fount of knowledge and so intelligent. That’s one of the things I really love about him. He has a brilliant brain, and that’s hugely sexy.”

And George has also been a rock for Lisa while she has been going through the menopause — a period where she piled on 3st and suffered from brain fog, anxiety and fits of rage.

A winning combination of George’s support and hormone replacement therapy means she is now “the happiest” she has ever been.

She says: “During my crazy rages when I flew off the handle George was patient and kind. He could see through it — ‘This is not Lisa talking’, that kind of thing. He saw it for what it was — some awful anger attack that would pass as quickly as it came, almost.

“Some days I couldn’t get out of bed because of debilitating bleeding during my monthly cycle but George would just hold me, and tell me everything would be OK.

“There were periods when my clothes didn’t fit me and I felt really down. When you’re in the thick of it you think it will never end. Why am I angry, over-emotional — you just don’t know what is going on. George was there for me every step of the way — I’ve really lucked out with him.”

George adds: “The menopause is part of life and making it into a huge drama isn’t going to help. It’s important to be there and try to understand the best you can. I tried to give Lisa stability and there weren’t any huge rows — I was patient.

Some days I couldn’t get out of bed because of debilitating bleeding during my monthly cycle but George would just hold me, and tell me everything would be OK.

“I learned the menopause is different for every woman, so I felt more useful asking Lisa about what was going on for her, rather than turning it into a science lesson. The biggest change was that I couldn’t get a word in edgeways — well, that’s not a change really.”

And his advice to other men whose partners are going through menopause? “Keep perspective, it’s not forever and be patient.”

George is convinced they recently celebrated their seventh year together, but Lisa insists it was their sixth. Either way, there is no hint of the “seven-year itch”.

George proposed 14 months into the relationship, but Lisa insists they are enjoying life together so much that getting married is not a priority.

Lisa, who starred on Strictly in 2008 and I’m A Celeb in 2016, adds: “We are so happy it isn’t something we feel we need — and it’s definitely six years we’ve been together, but they all blend into one. I already feel there isn’t enough time left for the next part of our adventure together.”

George agrees: “I laugh every single day with Lisa, what more can you ask for? When you think of relationships that don’t work it’s usually because one takes the other for granted, but with us there’s more give and give, than give and take.”

Keep perspective, it’s not forever and be patient.

Lisa’s hoping her 50th birthday will be low-key, unlike her 40th which was a swanky affair in London with actor Matt Damon among the guests.

She says: “My 40th was massive and I feel like I’ve ticked that box now. Milestone birthdays can feel emotional if you’re not in a happy place, but I feel I am where I want to be in my relationship so I’m feeling good about entering the next decade.

“I’ll be happy with something intimate, and George is planning to take me away.”

An estimated one in five of the UK’s population are currently experiencing it.

Yet the menopause is still whispered in hush tones like it’s something to be embarrassed about.

The stigma attached to the transition means women have been suffering in silence for centuries.

The Sun are determined to change that, launching the Fabulous Menopause Matters campaign to give the taboo a long-awaited kick, and get women the support they need.

The campaign has three aims:

50% of respondents said there is not enough support out there for menopausal women, which is simply not good enough. It’s time to change that. 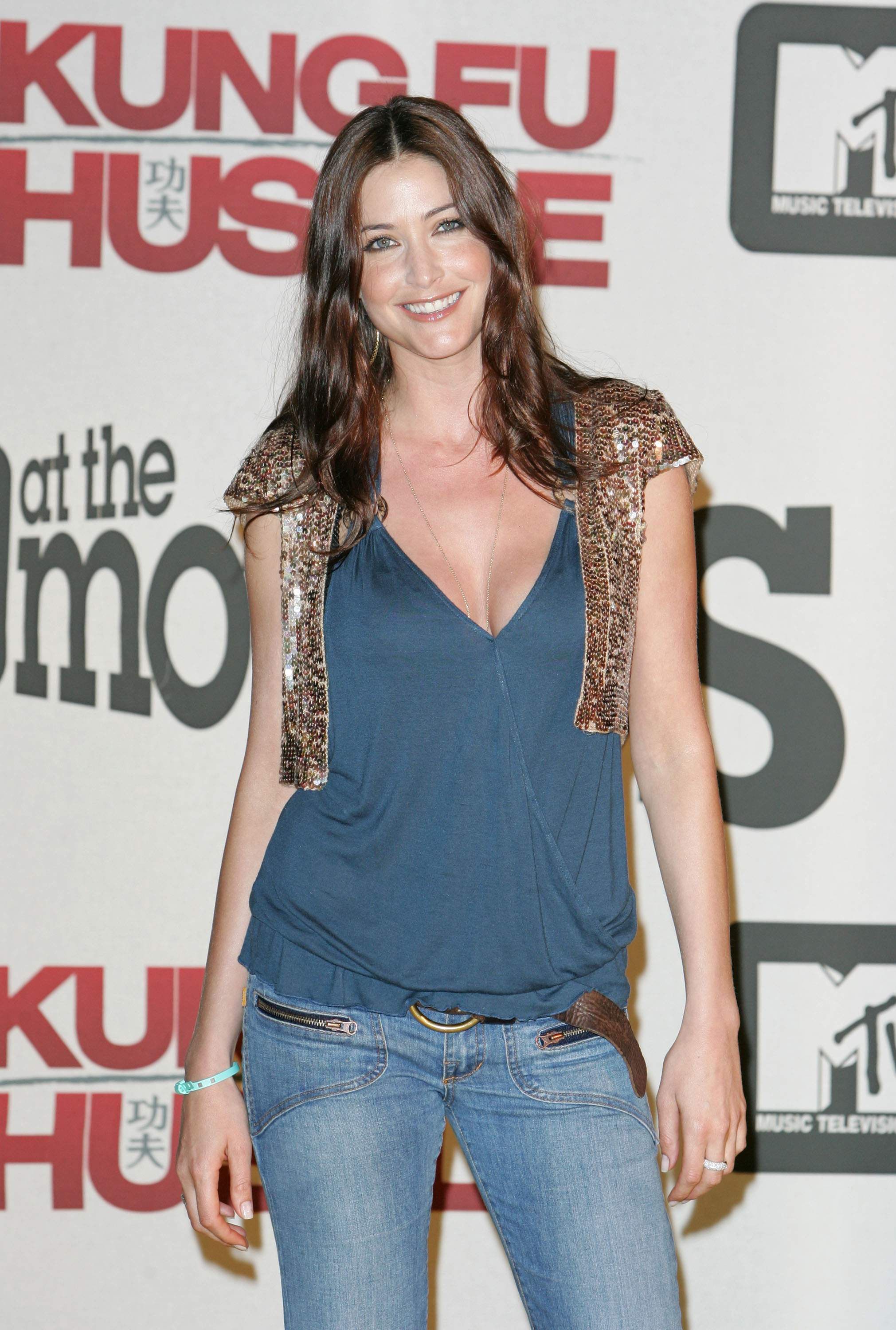