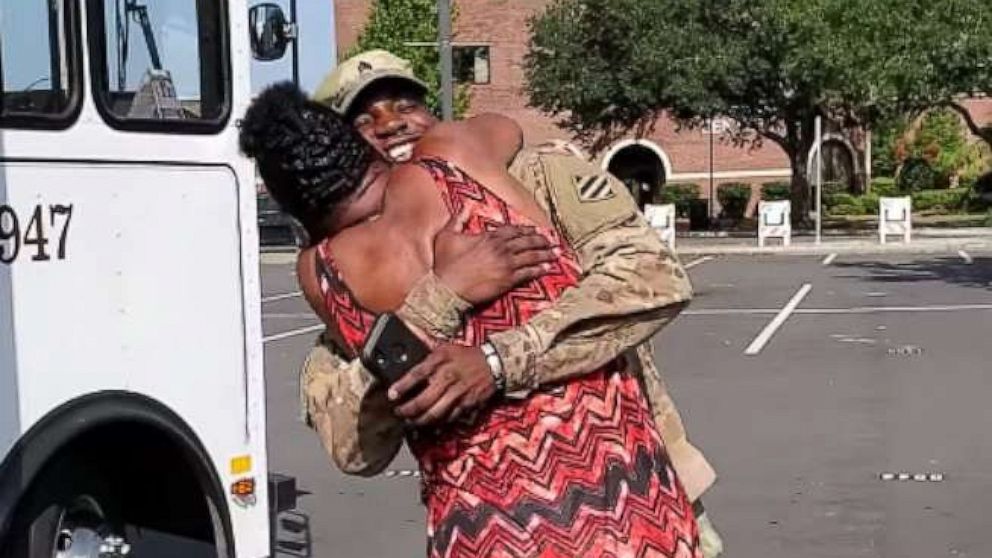 The last place Williams thought she would see him was when he surprised her by trying to come on board the sightseeing trolley she drives in Savannah, Georgia, last week.

“I was not expecting to see somebody walk on the side of my car,” Joquina Williams told “Good Morning America.”

She recalled her first thought upon seeing her 24-year-old son was, “My baby is home.”

Sgt. Williams, who was not available for an interview, had been on a seven-month deployment to Afghanistan, according to the Georgia National Guard. He serves in the Macon, Georgia-based 48th Infantry Brigade Combat Team.

He has been in the military since the age of 18, according to Joquina Williams, a mother of six.

Joquina Williams expected her son to arrive home in November.

“He told me had been planning it and a lot of people knew except me,” she said of the surprise. “He’s been gone for a while so just seeing him, it was just like it was yesterday.” 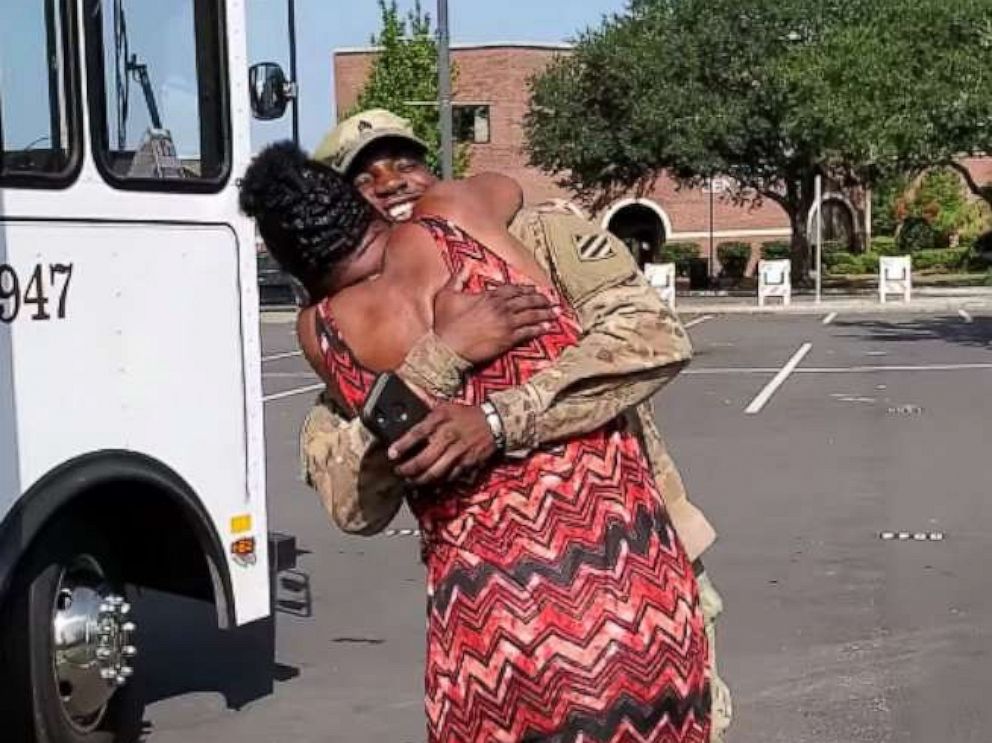