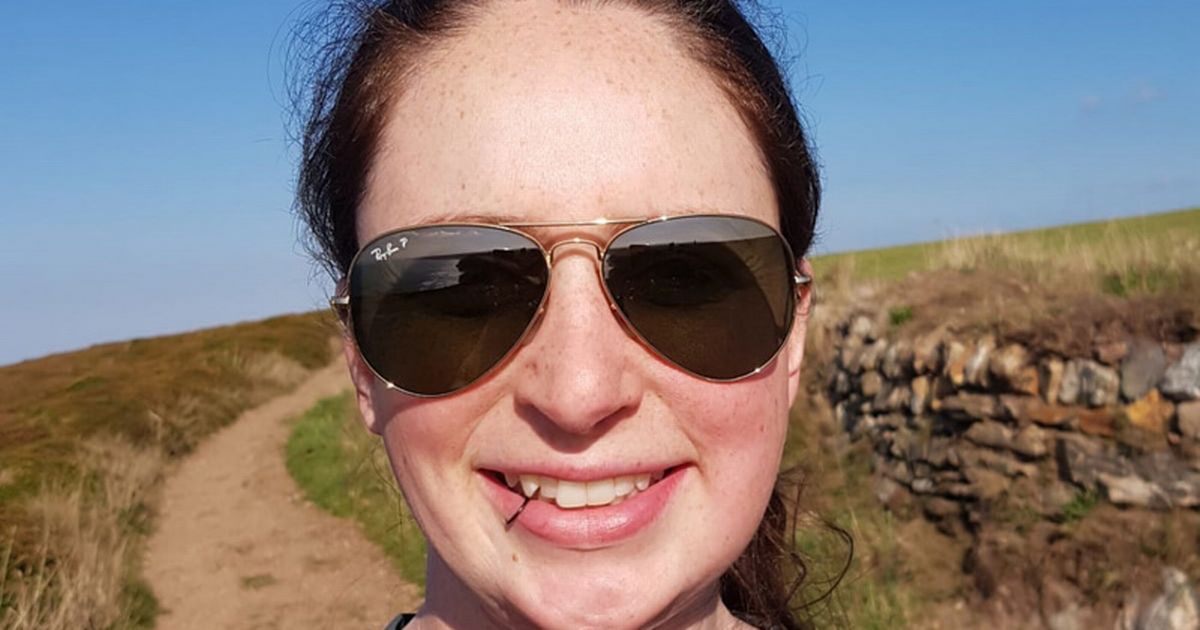 Ex-smoker Caroline Stears has a powerful message for anyone struggling to give up cigarettes – quit now before it kills you.

The 32-year-old thought nothing of a tiny mouth ulcer, despite smoking between 20 and 30 cigarettes a day.

So she was devastated to be told she had stage three oral cancer and had to endure an eight-and-a-half hour operation to remove the tumour.

Hotel cleaner, Caroline, then had gruelling radiotherapy, which she said "cooked" her insides and made swalling so difficult she could eat nothing but half a tin of soup for a month.

She now has a speech impediment and a constantly dry mouth.

Caroline said: "My message to other people after what I've been through would simply be, ‘Don’t smoke and look after yourself.'"

After starting smoking when she was just 14, the 32-year-old admitted she had been feeling run down but thought it was just work stress.

She used over-the-counter treatments for her ulcer but when it didn't improve went to see her GP.

Caroline said: "I still wasn’t worried. I thought it was a bad ulcer and something like cancer never ever crossed my mind.

"It was there for about three weeks, so I went to the doctor to see if they could prescribe anything.

"The GP looked at it and referred me to the oral department at Truro's Royal Cornwall Hospital.

"Still I didn't think cancer. I thought they might need to cut it out and then it would be fine."

“When I got the results it was a real shock, I think I was in total denial and was convinced they had made a mistake.

“I went home and frantically searched the internet trying to figure out what was going on.

"I think I went through the five stages of grief – denial, anger, bargaining, depression and acceptance.

“I looked up pictures of it and was totally horrified.”

She had surgery at the Royal Cornwall to remove the tumour in June 2018, with the surgeon also removing a salivary gland and around 70 lymph nodes from her neck – five of which turned out to be cancerous.

Caroline said: "The operation lasted eight-and-a-half hours because they had to keep taking the tissue and sending it to the lab to see if it was cancerous, working away until they got to non-cancerous tissue.

"By the time they removed the tumour it was 2 to 4cm long. It was behind my tongue and between the floor of my mouth.”

Doctors also discovered a hole in Caroline's mouth, which was allowing food and drink to go straight into her neck.

She said: "! could feel drink going down my neck. It felt like air bubbling and I thought it was odd but I’d just had surgery and didn’t know it wasn’t normal,” she said.

“They fixed it but I spent three weeks on a gastric tube which I found really traumatising.”

Caroline left hospital after three weeks and was able to eat and drink normally after five weeks, by which time she could swallow again too.

But because the cancer had already spread to some of her lymph nodes, eight weeks after her operation she began a six week course of radiotherapy, targeting her tongue.

She said: “It basically cooked me. The first two weeks were fine, but by week four I wanted to end it all.

“I found it difficult to breathe and the inside of my throat felt like it had been burned. It was all swollen. I had lots of blisters inside my mouth which was agony.

“From week five to eight I was able to drink about half a bottle of water a day, which was really painful and all I could eat was half a can of soup – which took me two hours – and a bit of watermelon.

“I ended up losing three stone and at one point doctors said they would put a feeding tube in me.

"I was terrified of the side effects of that and the impact it would have on my ability to swallow.

“My mood was so low, I felt lethargic and dizzy all the time. I had to wear a special mask for radiotherapy which clips to the table and made me feel very claustrophobic.

"I found the whole thing traumatising and have suffered with post-traumatic stress disorder because of it.”

Now in remission, Caroline has to return to hospital for regular six week check-ups, which will continue but gradually reduce over the next five years.

She said: “I’m terrified of the cancer coming back and killing me. I’ve spoken to people who have had it six times.

"I don’t think I’ll breathe a sigh of relief until I’ve had my last check up in five years' time.

“When I wake up I still have to do exercises with my neck every morning, because it’s really stiff. I have to stretch it out, as it feels like concrete.

“I have constant dry mouth because of the impact of radiation on my saliva glands, too.

“And it’s left me with a speech impediment. It's like a lisp which gets worse later in the day if I’ve been talking.

"I have to make a conscious effort to form certain words and even struggle to say my last name.

“I find people look at my mouth when I’m speaking, because the left side of my face drops – as if I’ve had a stroke.

“But if I hadn't had the treatment I know I might not even be here today.”

Doctors said it was unusual for someone her age to be diagnosed with this type of cancer and told Caroline smoking was a likely cause.

She said: "That same day I came home and smoked all my cigarettes until I felt really sick and then didn’t want to do it anymore.

“I’ve not smoked since. It’s hard, as it’s the most stressful time of my life and normally I would be reaching for them, but I’m not going to.

“Of course I regret smoking, but I have also spoken to a lot of people who have never smoked and still got cancer. There are other causes as well like drinking and obesity.

“But nobody ‘deserves’ to get cancer and I try not to blame myself for it.

“I would also advise people to check their mouths and make sure they know when something feels different.

"If you’re worried make sure to get it checked out. It’s better to go to the doctor and be told it’s a mouth ulcer rather than leave it too long giving it chance to spread.”