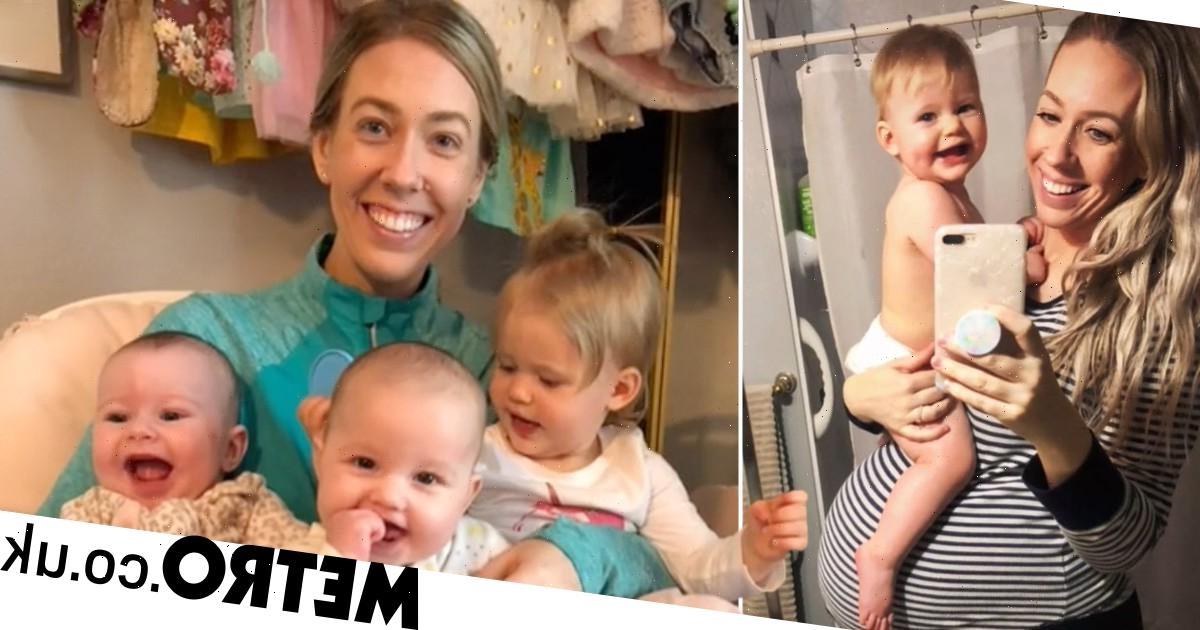 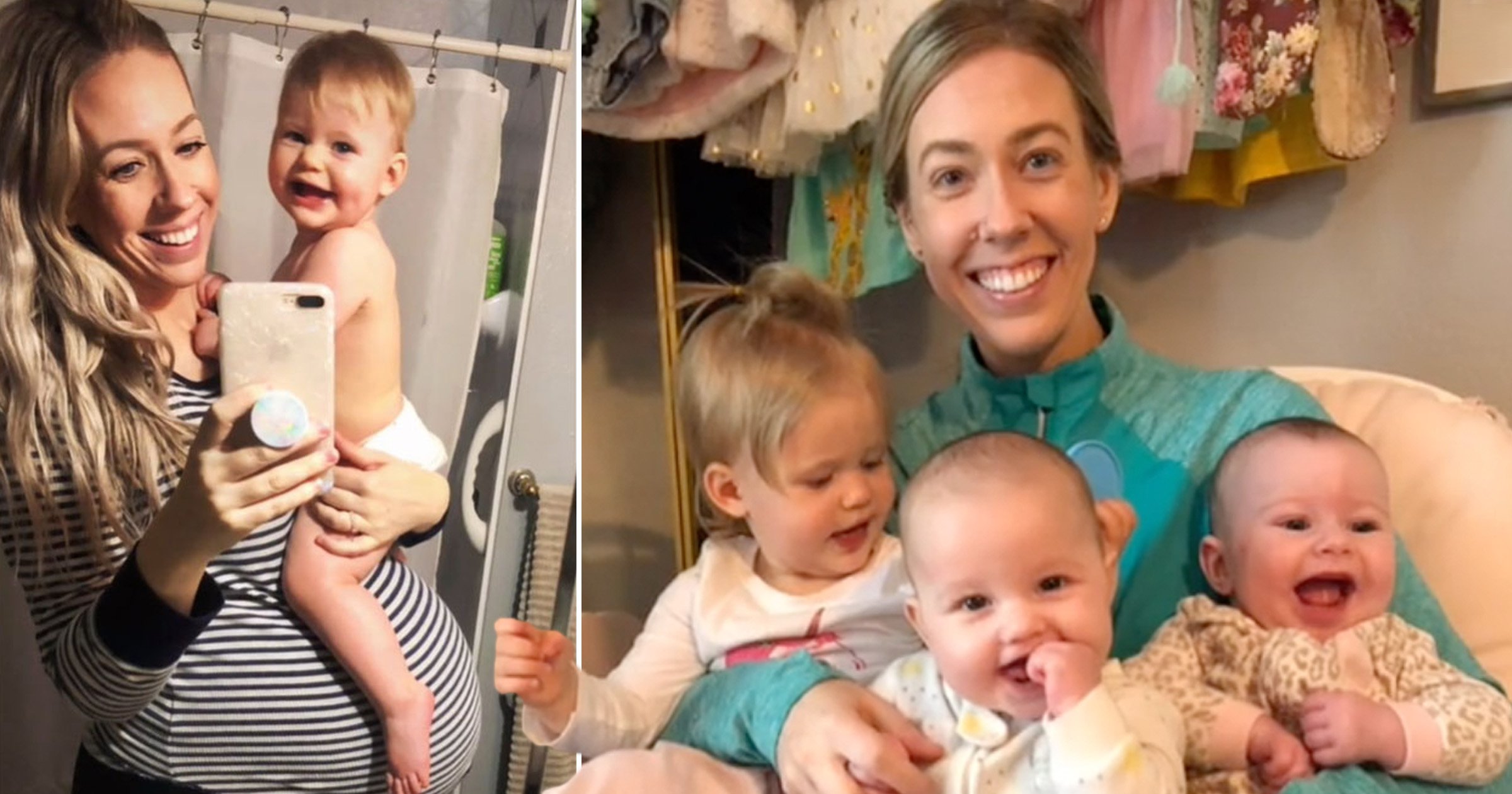 A woman has welcomed three babies all within twelve months, after falling pregnant with twins very quickly after having her first baby.

Then, just three months later, she discovered she was pregnant again. Just ten months after giving birth the first time, she welcomed twin daughters Rubie and Penelope on December 8 of the same year.

Baby Daphne was 94 days old when Stephanie found out she was expecting for the second time.

On average, most women start ovulating again about 45 days, or six weeks, after giving birth. So Stephanie took a pregnancy test before going on birth control because she was in a new relationship at the time.

She was in total disbelief to find the pregnancy test was positive and she was already three weeks along.

‘I was in a newborn fog, and [then] there was the excitement of this new relationship,’ she says. ‘I was just adjusting to everything.

Her first thought was for little Daphne.

‘I felt awful that she wouldn’t have one-one-one time with me anymore,’ she says. ‘There was definitely some initial sadness.’

But when she brought her newborn twins home to meet their big sister, Daphne was delighted and wanted to give them hugs right away.

Fifteen months later, the three sisters are very close – they share a room and do everything together.

Stephanie, who is no longer with the twins’ father, shares her parenting journey on TikTok, where she explains to followers how she manages co-parenting, and having three young children all so close in age.

‘It’s not always easy,’ she says. ‘But I am the happiest I’ve ever been in my entire life. These kids are the best thing that’s ever happened to me.’

In another video, she explained that both she and her ‘baby daddy’ are dedicated to ‘raising happy children’, joking that they are on the ‘same team’, despite living in ‘different homes’.