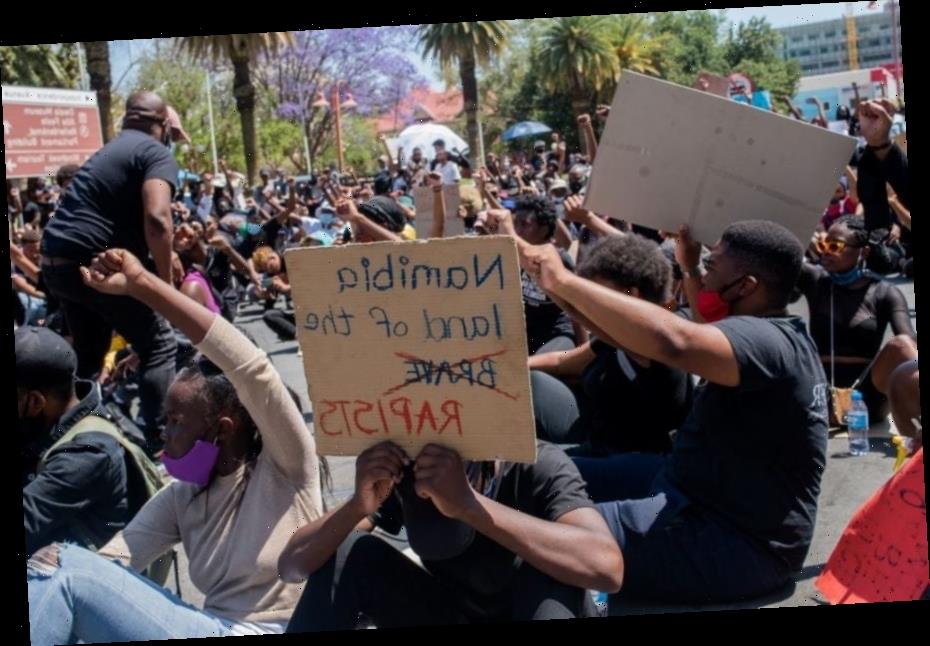 Protests, which began after authorities discovered the body of 22-year-old Shannon Wasserfall, continued for the third day in Namibia to fight back against femicide, sexual violence, and abuse.

As protests against sexual and gender-based violence (SGBV) continued around the African nation of Namibia for the third day, police and special forces violently dispersed protesters in the capital city of Windhoek using rubber bullets, batons, and tear gas, TRTWorld reports.

Organizing digitally and raising awareness globally using the hashtags #ShutItAllDown and #ShutItAllDownNamibia, approximately 400 people, most young Namibian women, took to the streets to #SayHerName and demand justice for Shannon “Darlikie” Wasserfall, 22, and all victims of SGBV.

Police violently detained a group of protesters known as the Zoo Park 25, who have since reportedly been released. Zoo Park is a public park in Windhoek where police assaulted protesters. The activists are scheduled to appear in court on Monday.

“The reported incidents of altercations between the police and protesters which resulted in arrests are highly regretted. Our police force is here to protect and serve the Namibian people and to maintain law and order, and they are committed to carry out their mandate in a professional manner,” Prime Minister Saara Kuugongelwa-Amadhila claimed in a statement.

Protesters went to social media to share details of the violence they experienced.

“This is a protest against violence against women and here we have women being beaten as they are being arrested,” protester Maria Amupolo told AFP news agency holding a banner that read “We are tired” in Afrikaans. “I saw it with my own two eyes, they hit that one girl and slapped her as they threw her into the van.”

The protests began after authorities discovered the body of 22-year-old Shannon Wasserfall in the city of Narraville, near Walvis Bay, in Namibia. The young mother, who was last seen dropping off her 2-year-old son at a friend’s home before “going to meet someone,” had been missing since April 10, the Windhoek Observer reports. According to Wasserfall’s family, her boyfriend reported her missing on the last day she was seen without informing her family.

Her body was discovered in a shallow grave on Oct. 6, two days after Tega Mateus, Wasserfall’s father, received two anonymous text messages from different phone numbers claiming to reveal the location of his daughter’s body.

Mateus immediately shared the texts with investigators on Wasserfall’s case.

“The two messages made our worst nightmare a reality,” Mateus told New Era Live. “I knew our daughter was missing but we expected her to come back alive. What worried me about her disappearance is the fact that she always stayed in contact no matter what. However, for the last months it was pure silence and that worried us. So, we have mixed emotions as we wanted her back but not like this.”

I could never lose, what you thought?

Mateus, who described his daughter as loving and family-oriented, said that the heartbreaking outcome was his family’s biggest fear.

“Our hearts are in pain as nobody deserved what happened to her,” Mateus said.  “We also know that she knew her killer(s) and it is only a matter of time before the truth will reveal itself.”

At a vigil for Shannon before her body was discovered, her mother Poppie Wasserfall begged for her daughter’s safe return, the Namibian reports.

“If I had done something to anybody, please forgive me,” the distraught mother said. “Take me instead and give my baby back. I am willing to give my life. I beg you to give my daughter back. Darlikie [Shannon], if you are alive, come home.

“Mommy needs you,” she continued. “Your son is asking where you are. He needs you. Give us a sign. I am putting everything into the hand of the Lord. I will accept her in any way that I get her back. I need peace. I keep wondering if she is warm, if she ate.”

Dennis Wasserfall, Shannon’s uncle, has also been at the forefront seeking justice for his niece.

“There were so many speculations and unanswered questions that do not add up from her disappearance,” Wasserfall told New Era Live. “The puzzling leads that were given to derail her search. All those leads were somehow linked to the people that hold the key in solving her murder.”

Azaan Madisia, 28, has been charged with murder and obstruction of court of law in connection with Shannon Wasserfall’s disappearance.

Windhoek, Namibia, police’s Gender-based Violence Protection Unit receives between 200 and 300 reports of cases under the Domestic Violence Act each month, according to Hendrick Olivier, the chief inspector of the unit, The Hub reports. In addition to other demands outlined in a petition presented to the Namibian government, activists are calling on President Hage Geingob to declare a state of emergency over rampant femicide and violence against women.

“GBV cuts across all gender lines. However, we cannot ignore the glaring statistics that clearly show women and children are the most affected,” Neville Andre, the governor of the Erongo region of Namibia, said. “It is stealing the innocence of our children, killing our women and shattering families across the country.”

According to Prime Minister Kuugongelwa-Amadhila, the demands are assessed and formal feedback will be offered after an Oct. 13 cabinet meeting, the Namibian reports.

“We assure the Namibian nation that we as their elected leaders feel their pain, hear their cries and understand the anxiety. We are in solidarity with you, as you protest against this grave situation of violence that our mothers and sisters are subjected to in this country.”

As calls for justice continue, there is still a grieving family, shocked over losing Shannon in such a violent way and wondering how they will explain her death to her baby boy.

“Her parents, siblings and the whole family are battling to come to terms with her loss,” Dennis Wasserfall said. “It is really hard for the family as we had so many dreams for Shannon that are lost. She wasn’t supposed to leave this world in such a way.”