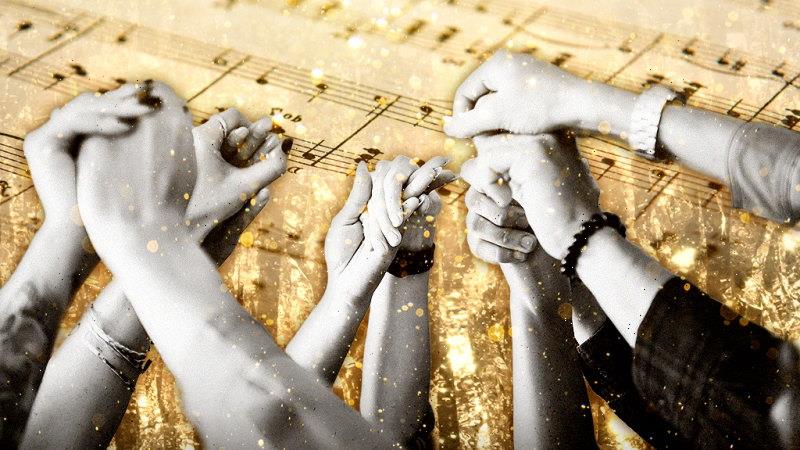 It’s a minute to midnight, circles of family, of friends, and of strangers have formed. Arms have been reached out to another, hands are clasped, fingers entwined. At the stroke of midnight, it begins: “Should auld acquaintance be forgot … ”

A chorus of good cheer and warmth goes out into the night, like a messenger to the future, holding memories of the past year, and implicit hope for the one to come.

Auld Lang Syne is one of the greatest songs just by sheer dint of its staying power. Also, perhaps, it owes its longevity to the seed of brotherhood it contains, wrapped in a melody that embraces and lifts the spirit. For a brief few minutes, the world feels uniformly a good place, and each singer, glad to be in it.

And we can thank Scots poet Robert Burns, who in 1788 took parts of an even older ballad and made it into his own. The year the First Fleet was arriving on these shores, Burns was writing to the Scots Musical Museum, which actually was just an enterprise for the collection of folk music that lasted from 1787 to 1803.

Burns sent off his version with the words: “The following song, an old song, of the olden times, and which has never been in print, nor even in manuscript until I took it down from an old man.”

This was the tradition of folk music and poems, and still is, borrow from the past, reshape into something new (Hello Bob Dylan. His Restless Farewell leans heavily on Auld Lang Syne and another song, the beautiful traditional song Parting Glass). 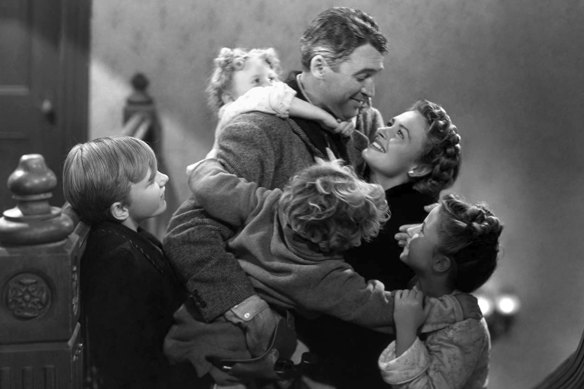 James Stewart sees the beauty that surrounds him and the townsfolk break into Auld Lang Syne in It’s a Wonderful Life.

The roots of Auld Lang Syne go back more than 300 years. In 1711, Sir Robert Ayton wrote the poem Old Long Syne. It is impossible not to think Burns did not borrow from it.

Burns would never hear the version that is now known around the world. He died in 1796, three years before the melody and his words merged into the song we now sing at midnight.

Its reach also has extended into other musical genres, from the classical to the marching band. Joseph Haydn and Ludwig Beethoven both set arrangements to it, as did John Phillip Sousa.

Its drafting into marching also took it to war. As WWI progressed and casualties soared, there was a concerted campaign for men to enlist. As 1915 was closing the number of volunteers was declining, leading to the unsuccessful conscription referendums in 1916. The song played a part in persuading men to go to war. One was Australia Will Be There. Men of the Australian Expeditionary Forces marched and sang to it. It was written by Walter “Skipper” Francis and quotes Auld Lang Syne.

This side of the world, surreally enough, was where it was first recorded. The circumstances could not be more removed than its birthplace of Scotland.

In 1898, ethnographers Charles Myers and Alfred Cort Haddon, (with WHR Rivers, who would become well known for treating poet Siegfried Sassoon for mental injuries suffered during WWI) while on a mission to the Torres Strait, sang into a wax cylinder, much like doing a sound check. They sang Auld Lang Syne.

From the beginning of the 20th century, the song took wings, not only globally but at the events at which it was sung. Indeed, anything that marked a turning of the tide in the affairs of the day was a suitable launching place for melody and words.

It continues to this day, and now as a sign of true eternal life, is sung outside its native Scots and English, such as at the 2019 World Military Games in China. 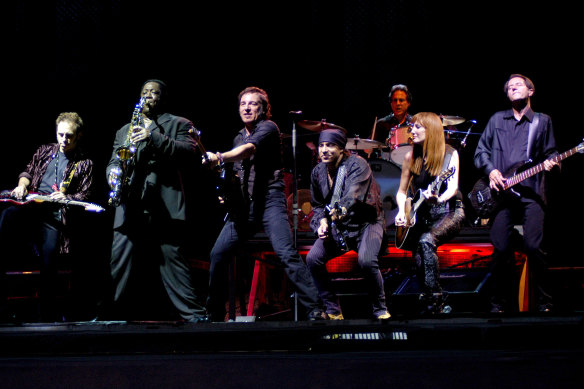 It has made many appearances in film, too. Perhaps the most famous being at the end of It’s a Wonderful Life, when James Stewart, no longer suicidal, sees the beauty that surrounds him and the townsfolk break into song. Such is its universality, and proving that a song has no frontiers, it’s also been covered by Bruce Springsteen and the E Street Band, James Taylor and the Dropkick Murphys.

Yet come the midnight hour, the best version quite probably is that which rises within you, and you release it among friends, family and strangers into the world.

Should auld acquaintance be forgot …

In case you missed it: the culture stories that start conversations

The great Australian filmmaker Peter Weir (Witness, Dead Poets Society, Master and Commander among others) has finally won an honorary Oscar. So why has it taken so long for Hollywood to recognise the writer, director, producer and six-time Oscar nominee?

100 years ago neurotic French author Marcel Proust died in his bed at 51. He didn’t just sleep in his bed, it was his office, his workstation, where he wrote millions of words, including the novel In Search of Lost Time that came in at a cool 3000 pages. Is this tome the best novel of all time?

Nagi Maehashi has a hit cooking website with a strange name. She also has the best-selling cookbook in Australia right now — beating household-name chefs such as Yotam Ottolenghi, Jamie Oliver and Donna Hay.