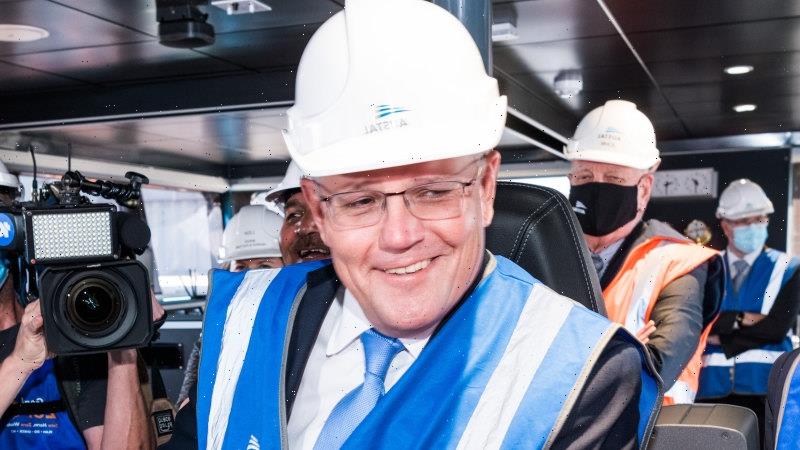 A naval contractor that Prime Minister Scott Morrison promised $124 million this week in an election campaign event was last year found to have grossly underpaid workers brought over from the Philippines who did not even receive the minimum wage.

Fremantle-based Austal Ships, which was the recipient of a Coalition election pledge to build more patrol boats, was last year found guilty by the federal workplace watchdog of multiple payment breaches to 30 imported workers under the award. 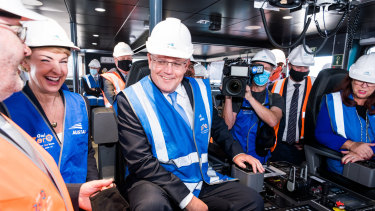 The revelation comes it was reported last week that a western Sydney Rheem factory visited by the Prime Minister was sending jobs offshore.

The Electrical Trades Union, which raised claims of wage theft before the investigation took place, alleged following its own analysis that the workers brought over on stints to the West Australian shipyard in late 2020 were being paid as little as $11 an hour.

ETU acting national secretary Michael Wright accused Morrison of a fondness for posing in high-vis, “but when it comes to supporting the income and job security of Australian workers or stopping visa exploitation, he is completely missing in action.”

“Taxpayers have a right to be sure that our tax dollars are not facilitating wage theft … why isn’t Scott Morrison’s government using its purchasing power to guarantee even minimum standards?” 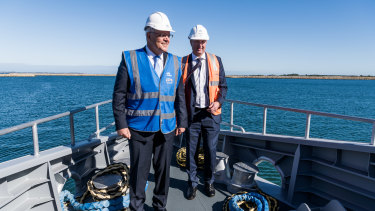 The company and the Coalition were both contacted for comment on Friday.

According to the findings of a Fair Work Ombudsman investigation released under freedom-of-information laws and seen by The Sydney Morning Herald and The Age, the cohort of electricians, welders and pipe-fitters worked a minimum of 48 hours a week, including Saturdays, at a flat rate.

The workers received $90 Australian per day, plus a monthly payment from the Philippines that in late 2020 equated to about $80 a week.

The Ombudsman’s report said the rate included a 30 per cent bonus “purportedly” paid upon the workers’ return to the Philippines, “but the inclusion of this amount is also insufficient to meet the requirements of the award,” being the Manufacturing and Associated Industries and Occupations Award 2020. 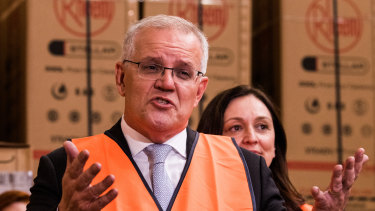 Morrison promised to create 1.3 million more jobs in Australia while at the Rheem factory in Parramatta last week.Credit:James Brickwood

As well as breaching the minimum wage requirement of $20.06 an hour under the award, Austal was found to have not paid overtime and weekend penalties that would have seen the workers earn double that.

According to correspondence seen by this masthead, Austal rectified the underpayments after being contacted by the Ombudsman.

Last year the corporate watchdog launched legal action against the shipbuilder and its former chief executive over allegations the ASX-listed firm withheld market-sensitive information about costs related to major design flaws with its fleet of US navy warships. Austal is one of Australia’s major shipbuilders, with contracts to construct defence and commercial vessels.

The Prime Minister announced on Monday the $124 million would go towards two new Evolved Cape Class patrol boats to beef up border security and boost defence industry jobs. In a statement, the Coalition said the acquisition would extend hundreds of existing jobs.

Both Labor and the Coalition are spruiking their credentials on supporting job creation during the election campaign, with Morrison last week promising to create 1.3 million more jobs in Australia in the next five years.

However, the Rheem facility in Parramatta he chose to stage the announcement is cutting up to 50 positions and moving some of its operations to Vietnam, prompting Labor to accuse the Prime Minister of making empty promises.