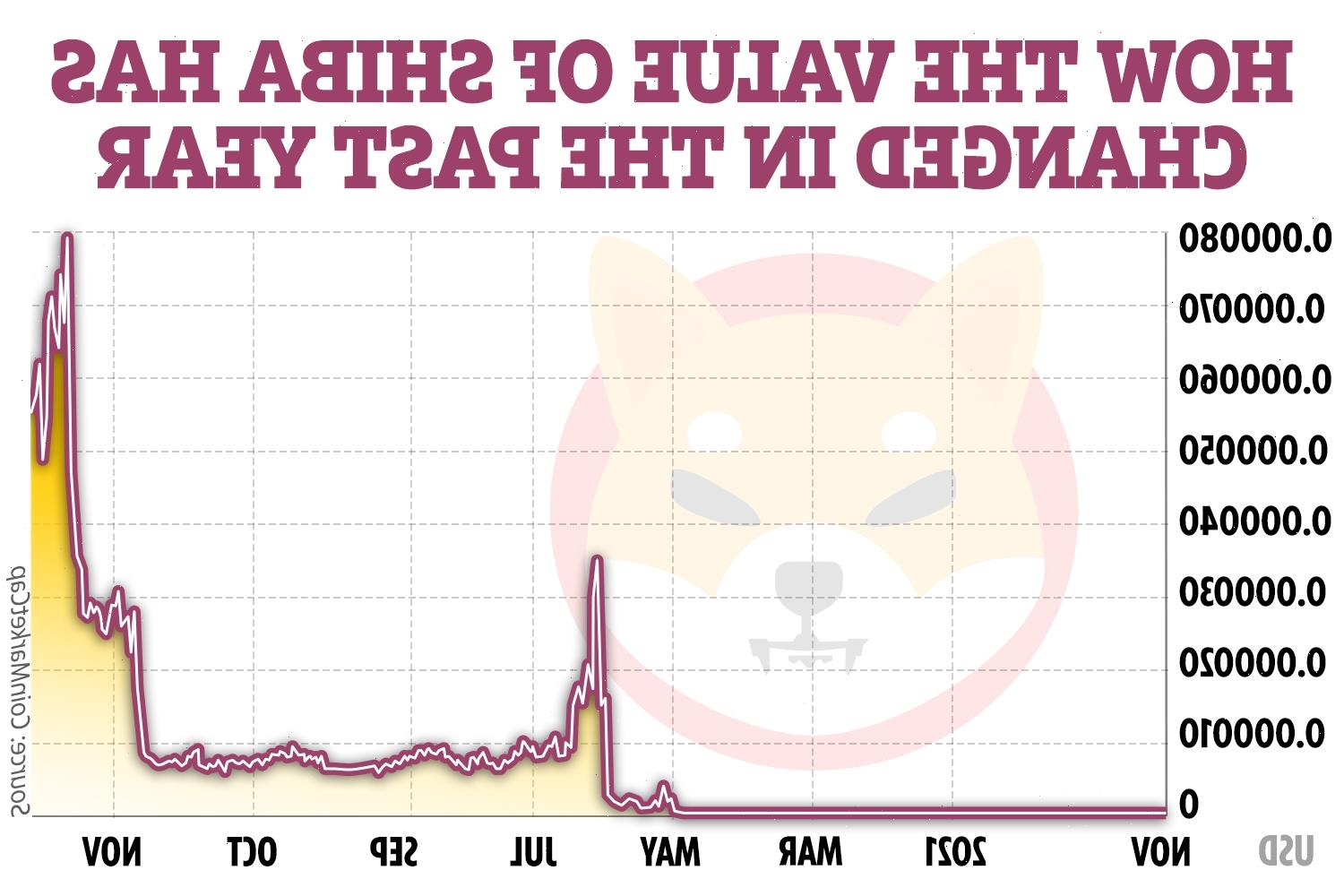 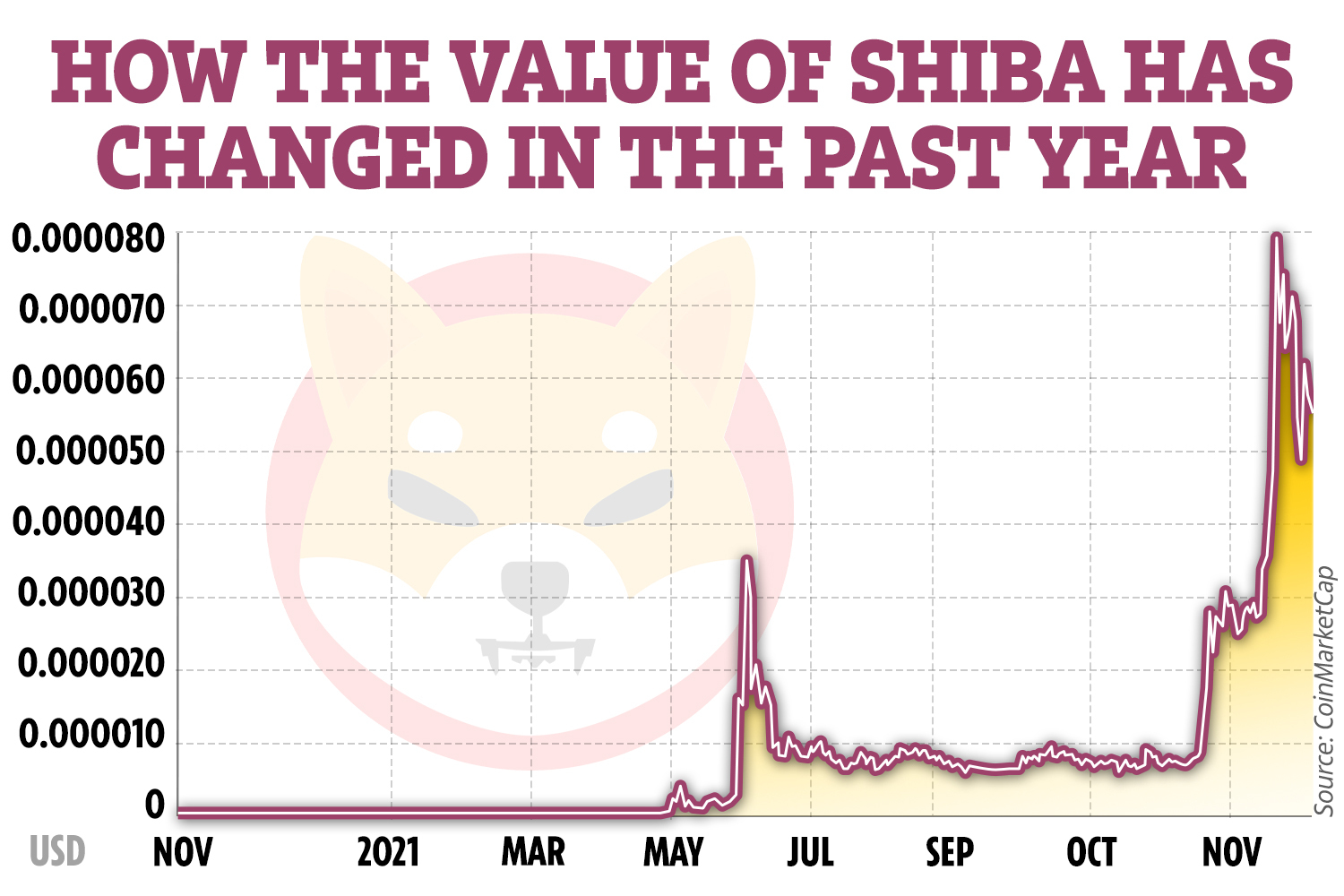 Mr Musk, the billionaire entrepreneur behind Tesla, has a Shibu Inu puppy and posted a picture of it on the social media site, which started a big rally.

In the past month, Shiba has soared by more than 104%, according to Coinbase.

But what does the future have in store for the dog meme cryptocurrency?

The Sun spoke to experts to find out what lies ahead – and what the cryptocurrency could be worth by the end of 2021 and beyond.

Shibu Inu is a cryptocurrency token that allows users to hold trillions of them.

Tokens of Shiba Inu feature the same dog as Dogecoin, which has become one of the most popular cryptocurrencies this year.

Whether you've already invested or not, keep in mind that making money through cryptocurrencies or other investments is never guaranteed.

Cryptocurrencies are especially volatile, so their values can crash with little to no notice.

In other words, it's important to not put in more cash than you can afford to lose and to never invest in something you don't understand.

Newer cryptocurrencies are also riskier than those that have been around for longer, such as Bitcoin, and make you more open to scams.

(AD) An easier way to buy crypto with eToro

Join the 20 million users who trust their investments with eToro.

You can start investing from as little as $50.

Choose from a selection of crypto assets including Bitcoin, Ethereum and Dogecoin. You can practice risk-free, with a virtual investment account.

Cryptocurrency investing within the EU (by eToro Europe Ltd. and eToro UK Ltd.) & USA (by eToro USA LLC) is highly volatile, unregulated in most EU countries and the UK. No consumer protection. Not supervised by the EU or UK regulatory framework. Investments are subject to market risk, including the loss of principal.

For Shiba in particular, there has been a fair share of volatility this year despite the surge in the past month.

It's difficult to predict how Shiba Inu's price will change in future, due to a wide number of factors affecting it.

This includes regulatory crackdowns around the world, comments by high profile individuals such as Musk, and other developments.

In May, the value of Shiba Inu soared after Binance announced it would list the coins on the crypto platform.

Its value also rose in September, after it began trading on Coinbase.

It means the price could rise once again if it's successful in listing on other recognized platforms such as eToro.

However, as we've seen in recent months, cryptocurrencies are highly volatile and their values can change in the blink of an eye.

Myron Jobson, personal finance campaigner of Interactive Investor, previously told The Sun: "It is difficult to predict the price of a something that has an intrinsic value of zero.

"All it takes is a tweet from high-profile individuals who have significant influence on sentiment to cryptos to drive up demand.

"But greater regulatory scrutiny on cryptos threatens to hamper the growth potential of the Shiba Inu."

Simon Peters, cryptoasset analyst at eToro, added: "As to whether its value will increase – it is possible.

"As more exchanges begin to list the token and provide investors the opportunity to gain exposure, like any asset it will become more routinely traded alongside the likes of Bitcoin and Ethereum.

“That being said, anyone investing in such tokens needs to do so carefully."

He added: "Many coins are unlikely to see much growth until it’s clear that sentiment is moving in a positive direction."

Plenty of cryptocurrency fans have predicted Shiba Inu's value for 2022, but you should take it with a pinch of salt as it's nowhere near guaranteed.

Some crypto forecasters are mixed on the Musk-touted cryptocurrency given the gains it's seen over the past month.

For example, crypto website Wallet Investor expects Shiba to be valued at just $0.000080 in a year's time.

In other words, if you're hoping for the cryptocurrency to hit $1, you'll be waiting a long time.

In fact, it's “impossible” for Shiba to reach $1 because there “simply isn’t enough money” in the world, according to Don Guo, chief executive of Broctagon Fintech Group.

For the meme coin to hit $1, it'd require a “one quadrillion” market value.

We round up five things you need to know about the Shiba Inu tokens.

The value of the tokens fell in May – check out why in our guide.

Plus, check out four things you need to know about Dogecoin.

What are the risks of investing in crypto?

Investing in any cryptocurrency is risky – here we round up what you need to know.