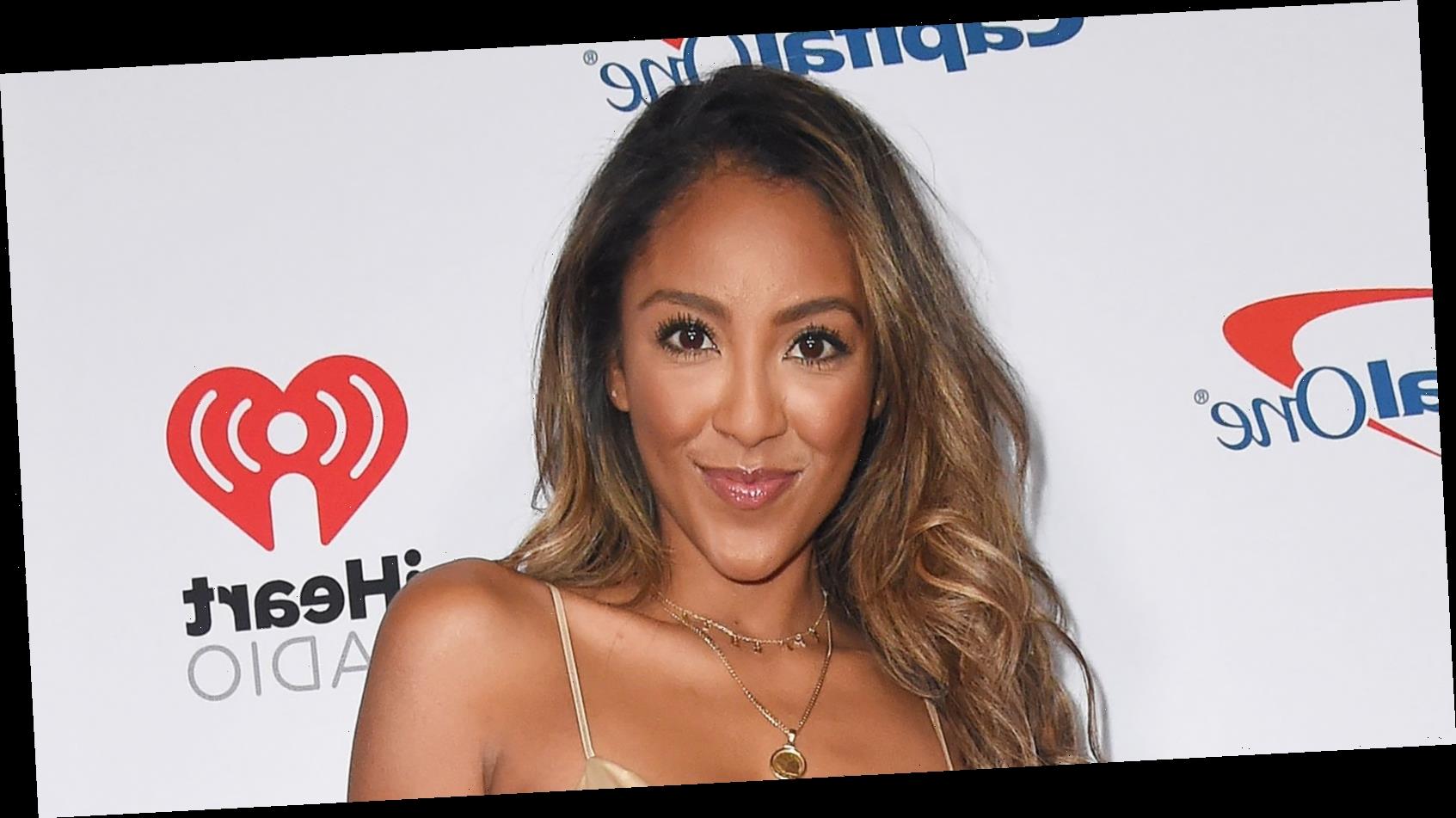 Do it for the ‘gram! Tayshia Adams is back on social media after taking over as the second lead for season 16 of The Bachelorette.

“It’s been a minute!” the phlebotomist, 30, teased in an Instagram Story on Thursday, September 10, posing for an artsy selfie with a bee emoji on her nose. The Bachelor alum followed up with a handful of snapshots from a girls’ night out at Nobu in Newport Beach, California. “Nothing like home,” she wrote.

Adams’ first social media activity in more than a month comes after Us Weekly confirmed in August that she would be stepping in as Bachelorette after Clare Crawley fell head over heels for one of her suitors two weeks into filming. Crawley, 39, was announced as the upcoming lead in March before production was stalled by the coronavirus pandemic. She began filming at La Quinta Resort in Palm Springs in July — and blindsided producers with her decision to quit.

“They were shocked by her choice,” a source told Us exclusively in August, noting that the team was “frantic” and “scrambling” to come up with a new plan. “They had to find a way to continue the show without just starting from scratch.”

Since her time on Colton Underwood‘s season of The Bachelor, which aired in 2019, Adams quickly became a fan-favorite. She appeared on season 6 of Bachelor in Paradise and briefly dated John Paul Jones until their September 2019 split. Before given another chance to find The One on the ABC reality franchise, Adams opened up about what she’s looking for in a perfect match.

“I require a little bit more life experience, someone who really knows who they are and still aren’t trying to figure themselves out,” she told Vulture in 2019. “Show up, or get out. No bulls–t, let’s go, I’m trying to find a husband!”

The unprecedented season of The Bachelorette will feature Crawley’s journey to find love before Adams begins her own. Earlier this month, former Bachelorette Rachel Lindsay weighed in on why it’s likely that both women will find true love on the show.

“The beauty of Tayshia [is] Tayshia has been married before. So Tayshia, like Clare, is not here to play any games,” the Texas native, 35, told Us exclusively. “And if Tayshia is the next Bachelorette, for Tayshia to say yes, I think that she is going to take this so seriously. And so, if she does find her person at the end of this, it will be the real deal. It doesn’t matter that they might have been there for someone else. … The men are winning in this situation. You know what I mean? Like, you get to choose. ‘Oh, it didn’t work with this one. Let me try with this one.’”

Scroll down to see more of Adams’ first Instagram activity since becoming the next Bachelorette.