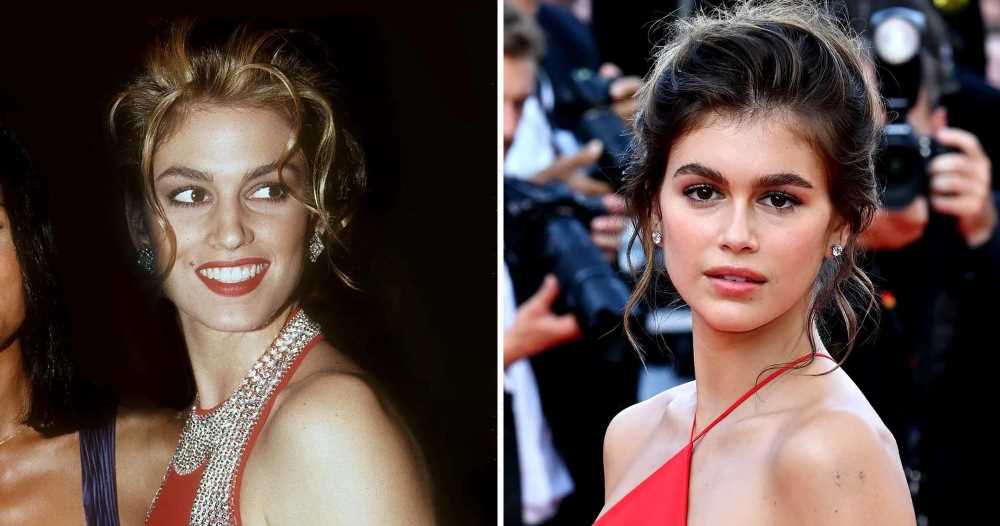 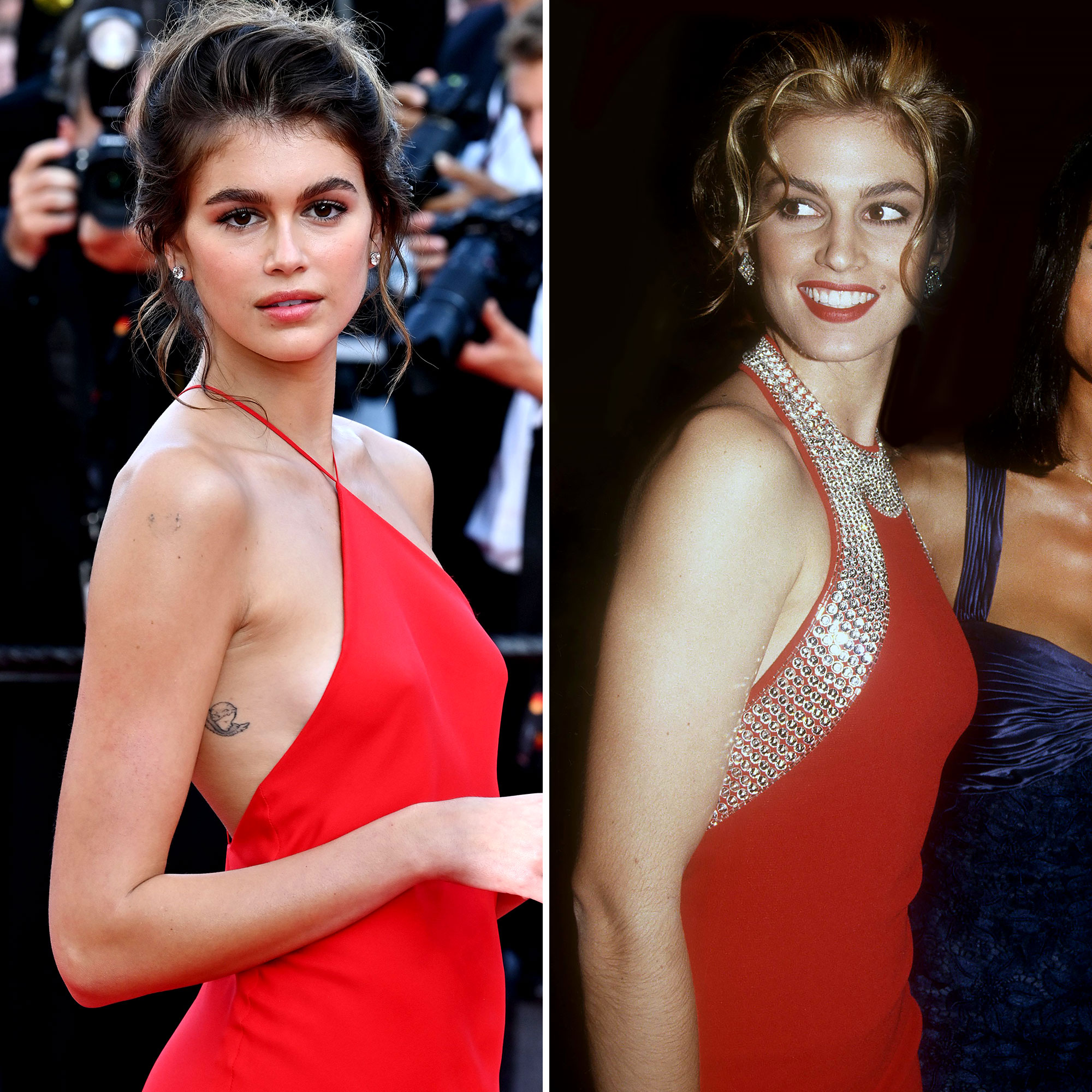 Like mother, like daughter! Kaia Gerber channeled her mom Cindy Crawford at the Cannes Film Festival premiere of Elvis on Wednesday, May 25.

The supermodel, who attended the event in support of her boyfriend Austin Butler, arrived in a red halter dress by Hedi Slimane. The look featured crisscross straps and a loose-flowing silhouette. The 20-year-old accessorized with stud earrings and styled her hair in a slightly messy updo.

If Gerber’s look feels familiar, it’s because Crawford, now 56, wore a similar ensemble 31 years ago. To attend Revlon’s Unforgettable Women Contest in 1991, the mom of two opted for a red mini dress with sheer tights. Though Crawford’s number was shorter, it featured a halter neckline just like Gerber’s. The Becoming by Cindy Crawford author also had her hair done in a similar style with loose pieces falling down her forehead.

As for Butler, the actor sported a classic black tuxedo — also by Slimane. After posing for solo portraits, Gerber and Butler, 30, found each other on the carpet and flashed a sweet kiss for the cameras.

In the film, Butler plays Elvis Presley as the late musician rises to fame in the 1950s. On the carpet, Butler also posed with Presley’s ex-wife, Priscilla Presley, and costar Olivia DeJonge.

Gerber and Butler’s Cannes couple moment comes after the duo made their official red carpet debut at the 2022 Met Gala. Like in France, the American Horror Story star and The Carrie Diaries actor made their affection known as they cuddled up to each other at the top of the stairs on May 3. That night, the YSL Beauty makeup ambassador sparkled in a metallic gown by Alexander McQueen while Butler opted for a dapper, all-black ensemble from Prada.

Us Weekly first confirmed that Gerber and the Shannara Chronicles star were a couple in December 2021, after they were both seen attending a yoga class.

“They are low-key dating,” a source exclusively told Us at the time. “It’s still very new.” The couple, however, didn’t make their first public appearance until W Magazine’s pre-Oscars party in March of this year.

Butler recently spoke about their romance in a May 25 interview with GQ, expressing a desire to keep their love private. “I don’t think there’s anything I want to share about that … But thank you for providing the space,” he told the magazine.

Before Gerber, Butler dated Vanessa Hudgens for almost a decade before splitting in 2020. The Sister Cities star, for her part, previously dated Jacob Elordi.