Sharna Burgess called her ‘Dancing With the Stars’ pairing with partner and boyfriend Brian Austin Green ‘a solid team’ that ‘can handle anything,’ in a brand new EXCLUSIVE interview with HL.

Sharna Burgess, 36, couldn’t help but gush over her boyfriend and incredible Dancing With the Stars partner Brian Austin Green, 48, while promoting her inspirational partnership in speaking up against animal amusement park abuse with PETA on Oct. 26. The Australian dancer spoke EXCLUSIVELY to HollywoodLife about how dancing on the television competition show with her beau helped bring them closer and realize how “compatible” they really are.

“It was really learning how much of a solid team we are. We can handle anything,” Sharna said on the latest episode of HL’s TVTalk, which can be seen above. “No matter if it was scheduling things or the stress of it or the lack of time that we had for it, whatever it was, we were just a solid unit in working really, really hard to get to where we got to. And that was really beautiful to get to know how well we can deal with conflict, how well we can deal with tension with each other. Our communication even got pushed to the test. We found how truly compatible we really are.”

Despite the many benefits they’ve received while partnering up as ballroom dancers, Sharna admitted that there was also a moment when she and Brian doubted the new adventure. “There was one week where – I think it was our tango week – And it was just a really stressful thing of pushing harder to get it better and the long rehearsal hours and also, we share life and work together and that can become very, very intense,” she explained. “There was a day or two where it was uncomfortable in there and neither one of us wanted to do that to each other and that didn’t mean because we were lazy, just emotionally and energetically, it was so much for us to keep pushing through that day. And then the next day it was fine.” 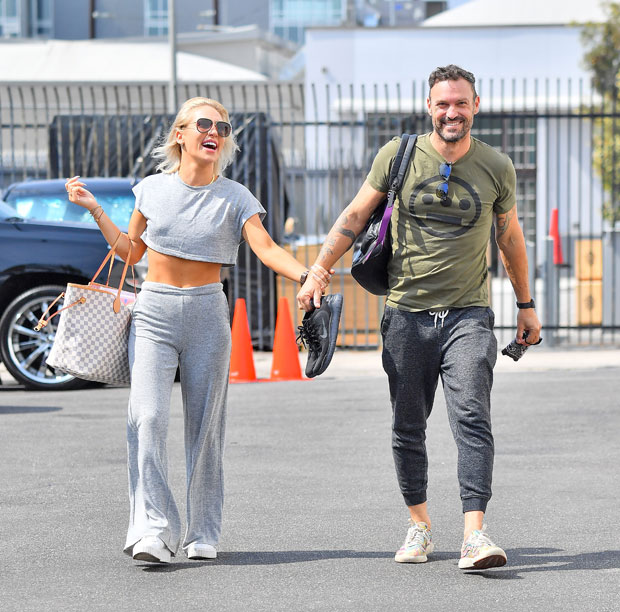 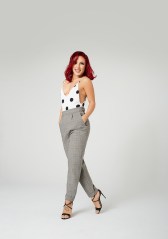 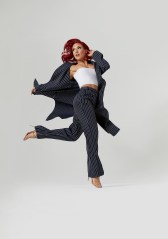 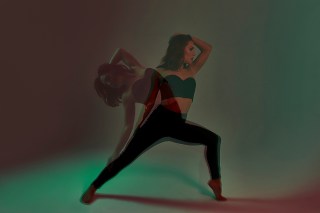 “We talked about the trigger and what went wrong, the communication, which we’re good at, and we came to an understanding of it and we moved on,” she added. “Sometimes in that room, things can get a little tough. That’s happened every season for me. It was no different with Bri. The difference is we have amazing communication and it lasted a blip and then we were fine.”

Sharna also opened up about how she and Brian, whom she’s been dating since Dec. 2020, ended up being partners on DWTS and revealed it was partly their doing. “We are a team and are a partnership in life, so when the offer came through to Bri, he brought it to me straight away and was like, ‘What do you think about this?’ and we didn’t think that it was going to happen,” she shared. “We were really, really on the fence about really doing it because of all the unknown things, but we ended up deciding together that this could be a beautiful way to bond even more, which we did, and for me to show him I love so much.”

She went on to talk about that even though they may look graceful and gorgeous on the dance floor, the work is “hard” and as a contestant, Brian understands that now. “He gets it now. He gets how hard it is. He’s like, ‘You’re the hardest working woman in show business. Dancers just don’t stop,’: she said. “It’s something that he learned about, a dancer’s work ethic, or an athlete’s one, which I think was really, really cool for him to see.”

Although the couple was eliminated in the fourth week of the season, Sharna is still grateful for the experience. “We were so grateful for it. We had an amazing time,” she enthused. “It was a little heavily focused on us as a relationship as opposed to he as a whole human so I wish that people got to know him even more. Had we gone even further, maybe that would’ve been the case, but we had an amazing time and there’s definitely no regrets for us having done the show.”

When asked what she’s learned from Brian throughout the dancing practices and live shows, the doting girlfriend said she realized how “tough” he is. “I think how incredibly tough he is,” she responded. “How very different the scripted world is from the reality world and watch him try to change over and jump into this world.”