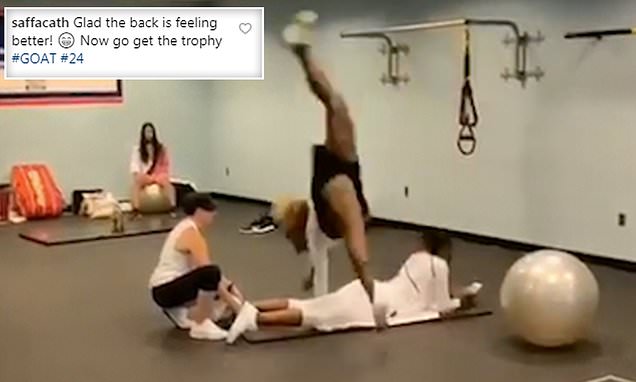 Cartwheeling into the Open! Serena Williams shares playful video of her flipping over sister Venus – as fans declare the tennis star’s ‘fully recovered’ from her back injury

American tennis legend Serena Williams has all but confirmed she is ready to take on Maria Sharapova in a playful Instagram video with her sister.

The 23-time Grand Slam champion was a doubt for next week’s US Open starter after suffering a back injury, but appeared to confirm she will be at next week’s American Open starter by cartwheeling over Venus, as she was being tended to by a physio.

Serena, 37, uploaded the video with the caption ‘Flipping into the open’, which has been viewed almost 900k times, to Instagram and tagged 39-year-old Venus, who will play China’s Zheng Saisai in her round one match. 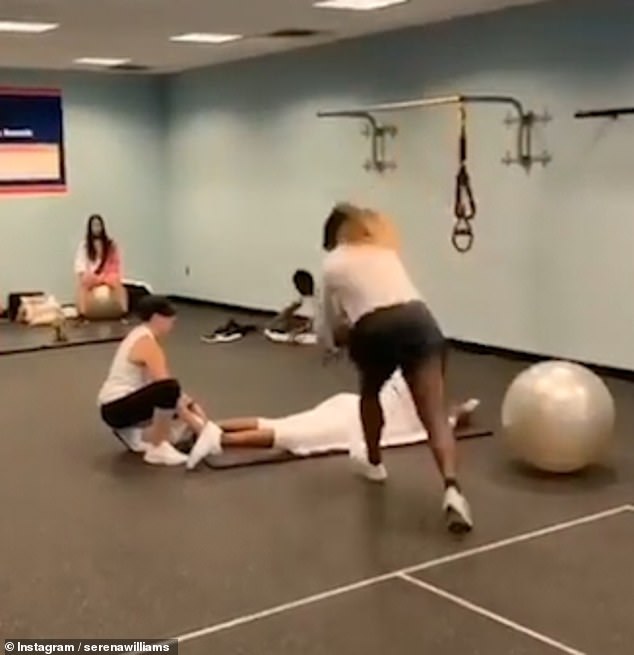 The tennis superstar appears from out of shot in a gym, as Venus is on the floor using her phone.

She then impressively cartwheels over her, without her sister even noticing until afterwards.

Last Wednesday Serena pulled out of the Cincinnati Masters with a recurring back injury, just days after pulling out of the Rogers Cup final.

This fueled worries that the six-time US Open champ may not be able to take on her old foe, Sharapova, on Monday. 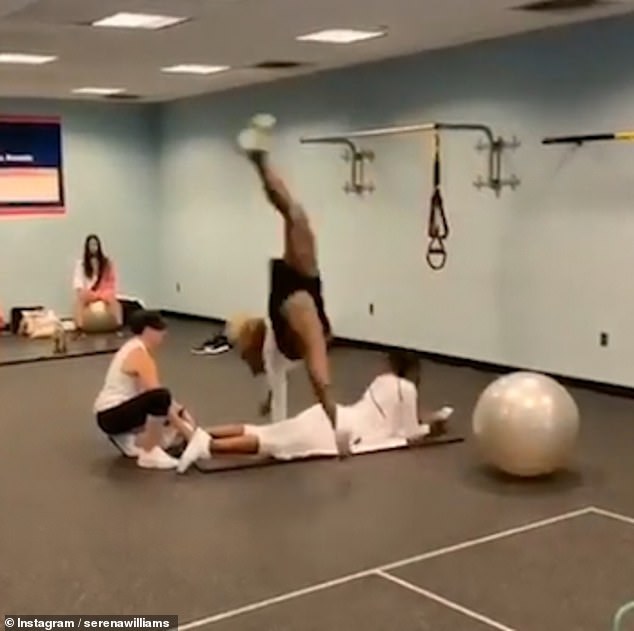 But the video did much to quash these worries and excite William’s fans.

Replying to the video, Beyonce’s mum Tina Knowles wrote: ‘You got this! We already claimed it.’

‘Glad the back is feeling better! Now go get the trophy #GOAT #24’ wrote another person. 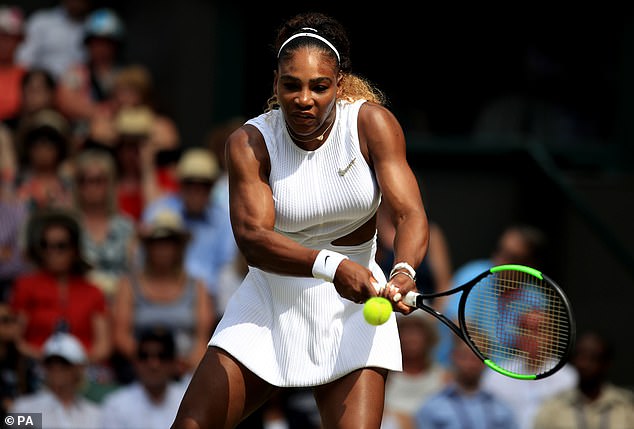 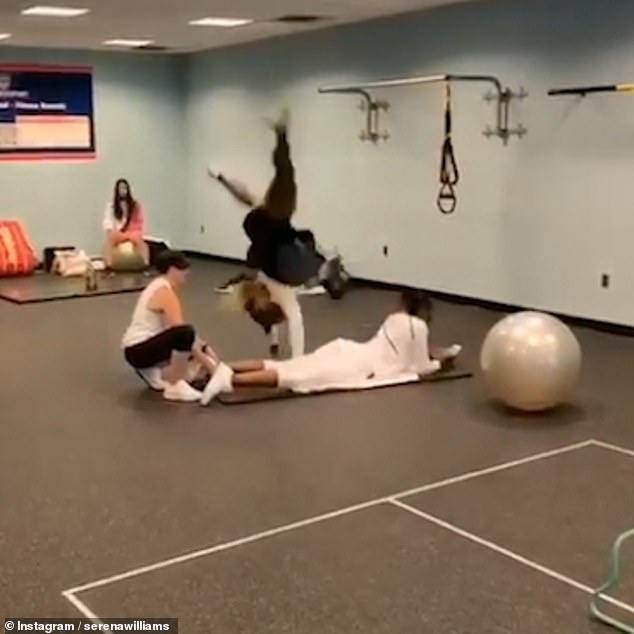 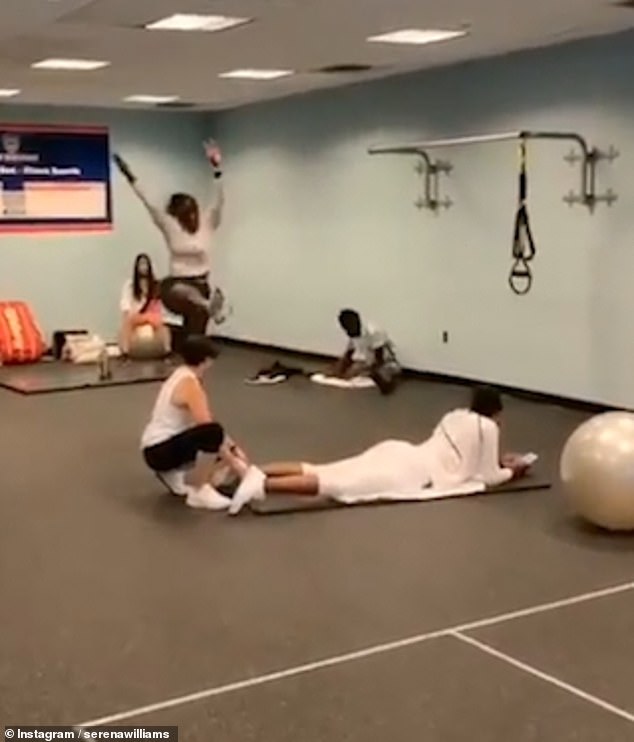 A third person wrote: ‘Can’t wait to see you flip over these players on the court.’

Other users noticed the sisterly camaraderie between the two. ‘Sisters! seems like normal behavior no one was surprised!! Good luck sisters,’ wrote Samantha June.

‘Things little sisters do to annoy big sisters. I know, cause I’m a little sister too,’ wrote another person.

Some even drew comparisons with Olympic gymnast Simone Biles and one person dubbed the tennis star ‘Serena Biles’. 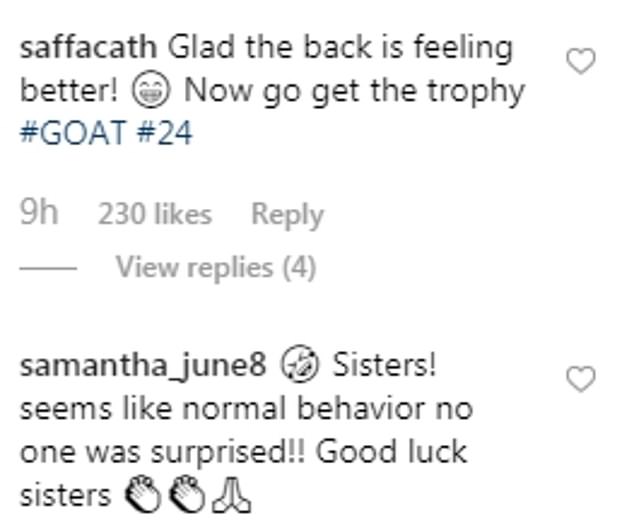