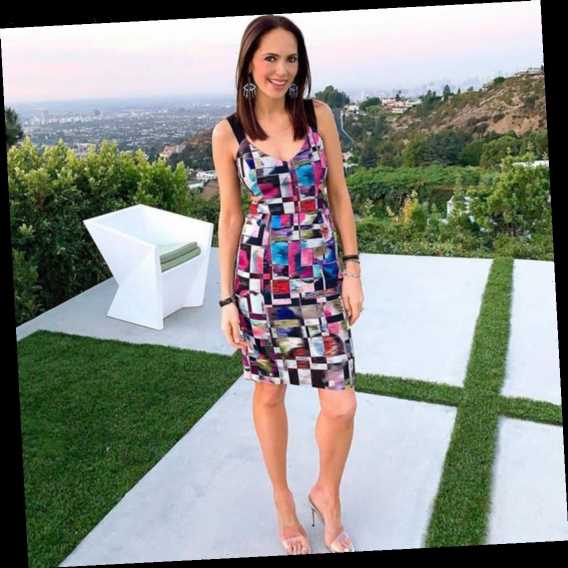 For an exclusive chat with E! News, Selling Sunset's Davina Potratz gave an update on her $75 million listing and her friendship with co-star Chrishell Stause.

Selling Sunset's Davina Potratz is this close to selling that $75 million home.

For an exclusive chat with E! News, the famed real estate agent and broker gave an update on home developer Adnan Sen's luxury estate, which she's been trying to sell since season two of the Netflix hit. According to Davina, she's currently pursuing a promising lead thanks to Selling Sunset co-star Maya Vander.

"This is brand new information," Davina relayed to E! "So, Maya actually has an interested client, who's seriously considering it."

And, while Adnan was seen grilling Davina in season three for not making a sale on his lavish abode, the Selling Sunset star revealed they still have a good working relationship.

"Adnan has shown me another property of his that's $39 million," she added. "So, Maya's client is considering the $75 million house and the other property. They're looking at both right now as we speak."

As she continued, Davina shared that they've discussed pricing and she'll present "all offers" to Adnan. Will the stoic home developer accept the offer?

Davina expressed, "I'm very hopeful that we'll get an offer from Maya's client. That would be so fabulous!"

Not to mention, Davina said boss Jason Oppenheim, who previously pushed for the real estate agent to abandon the listing, "would be really happy too."

Of course, this isn't the only Selling Sunset update Davina gave as she also revealed where she stands with co-star Chrishell Stause.

As fans of the show may recall, at the end of season three, Davina found herself at odds with the former All My Children actress. Namely, after Davina grilled Chrishell about her divorce from This Is Us actor Justin Hartley, the 39-year-old actress turned reality star stormed out of Christine Quinn's wedding.

Thankfully, Davina said that she and Chrishell are now "in a great place."

"We've communicated. I texted with her the past few days and we were on a group chat this weekend," Davina shared. "I have nothing but support for her and compassion."

Continuing on this topic, Davina noted that she's in a "neutral position" as she doesn't "know anything."

In regard to her divorce-related questions at Christine's wedding, Davina defended that she was "taken a little out of context."

She stated, "I was just trying to understand a little more, so I could have more feelings involved to relate to it. But, it's not my business."

Regardless, Davina iterated that she and Chrishell are on friendly terms.

"We're in a great place and I send her nothing but support and love," the Netflix personality assured us. "She knows that."

Furthermore, Davina reminded viewers that they're only seeing a small glimpse into the Oppenheim Group crew's personalities.

"So, I think you only see a very small part of who I am," she concluded. "I think that some of the funnier, warm moments don't make for as much of a villain character, maybe? I don't know."

Like Davina mentioned, the editors have "thousands of hours of footage" and must edit that down into eight 30-minute episodes.

For all of this and more, including details on Davina's WithSimplicity collaboration, watch the video above.

Selling Sunset season three is out now on Netflix!