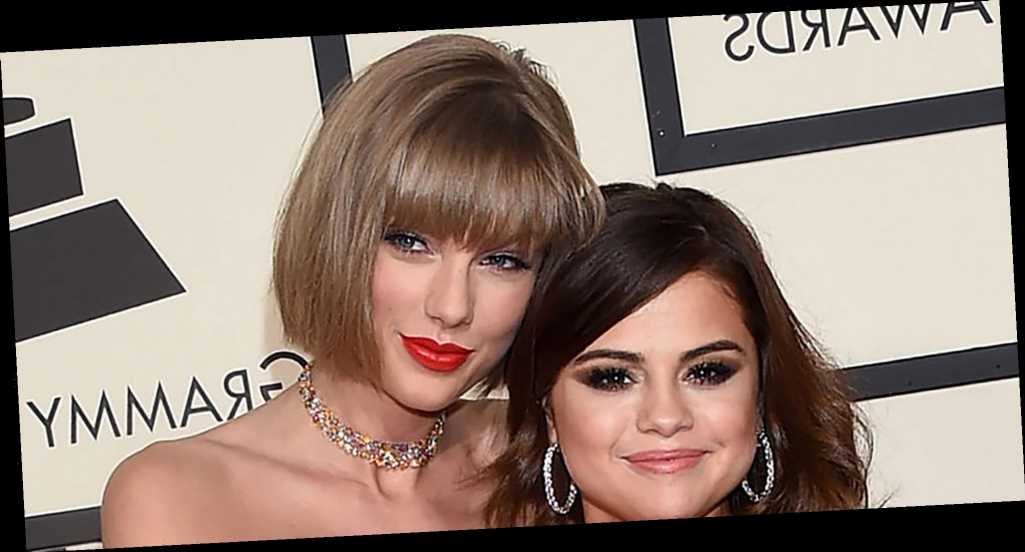 Selena Gomez just gave us a very rare inside look at her and Taylor Swift's friendship.

Monday night, Gomez posted a series of photos on Instagram of her and Swift and Swift' cat Benjamin Button. "Kinda missin this one," Gomez captioned the Instagram. This is the first time we've seen the friends together for a while. They've both been busy with their respective careers, which are both popping off at the moment — Gomez filming Only Murders in the Building in New York City and Swift re-recording her old music (a.k.a. Taylor's Version).

And speaking of Taylor's Version, Twitter seems to think that this post could be alluding to something more than just their friendship. The Swifties have theories — as they usually do — and they think these never-before-seen photos could be hinting at some kind of collaboration on one of Swift's re-recordings.

As you may recall, Gomez made an appearance as the villain in Swift's original music video for "Bad Blood" (which is also allegedly about Katy Perry). And coincidentally on Monday night's episode of American Idol, Perry said to her fellow judges Luke Bryan and Lionel Richie and said "Can you imagine if Taylor and I work together, what we could do?" The American Idol account even tweeted the moment with the eyeball emojis.

That was basically the icing on the cake and Swifties have officially lost it. They are calling a "Bad Blood" re-recording featuring Gomez and Perry.