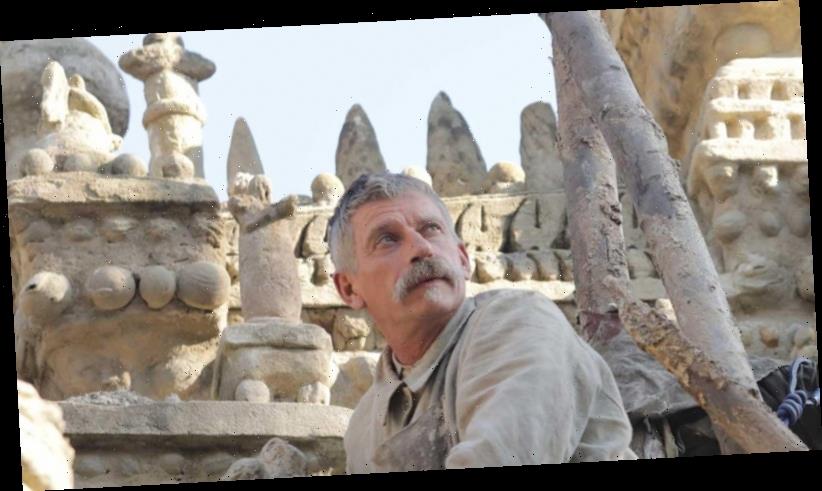 Movies arrived at the end of the 19th century, just as millions moved to the cities for work, severing their connection to nature. To some extent, cinema became a substitute: even if you couldn't smell the flowers, you could be reminded of how they smelled. Part of the attraction of this French story is the way it interprets those ideas. 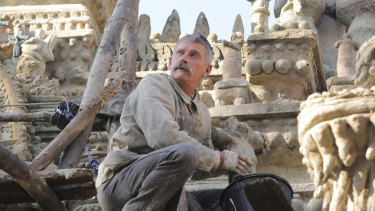 Jacques Gamblin as Postman Cheval in An Ideal Palace.

"Postman Cheval", given name Joseph-Ferdinand, walks a route of 32 kilometres every day in the mountains of the Drome, in eastern France, in the 1870s. He is largely silent, unable to look people in the eye or respond to questions. We don't know if he is extraordinarily shy or simply touched.

His boss, Auguste (Bernard Le Coq), gives him exotic postcards, knowing he loves the pictures of far-off Hindu temples and Arabic palaces. When Cheval's wife dies, the grandfather sends the postman's little son to live with other relatives, knowing Cheval can't take care of him. This is the first tragedy among many, the first that pushes Cheval towards some act of defiance and permanence – something to show the ignorant people around him he's not the village idiot.

The Ideal Palace is the story of how Cheval built one of the wonders of France – a fantasy palace 12 metres high and more than 30 metres long, from river stones, fossils, pebbles and shells. He worked on it for 33 years, mostly under candlelight. Cheval claimed he took inspiration from nature – the birds and insects told him what to do – so director Nils Tavernier establishes that strong bond. He also delves into the personal story, to show how tragedy formed much of this "palais ideal", as Cheval called it.

The film is long on natural beauty and silence, establishing a seductive mood of isolation and quiet, as Cheval (Jacques Gamblin, in wide moustache and serge uniform), tramps up and down the mountains with his postbag. The recently widowed Philomene (Laetitia Casta) sees his kindness and strength, rather than his awkwardness. They marry and have a daughter, Alice (Zelie Rixhon). She inspires him to build something grand, both a wondrous place for her to play and a triumph of his imagination.

The movie is seductively pleasurable, for most of its length. Tavernier corrals the emotions and restricts musical embellishment, concentrating on the powerful landscape and Cheval's life within it. Gamblin's performance is similarly restrained, with a strong sense of the man's turmoil, as well as his kindness. The finale throws some of that out, dipping into sentiment, becoming conventional. That's ultimately an expression of a director's anxiety, a failure to trust we can see, hear and feel all that he intends us to feel. In a movie about a man who trusted himself, that seems an odd failure of nerve.