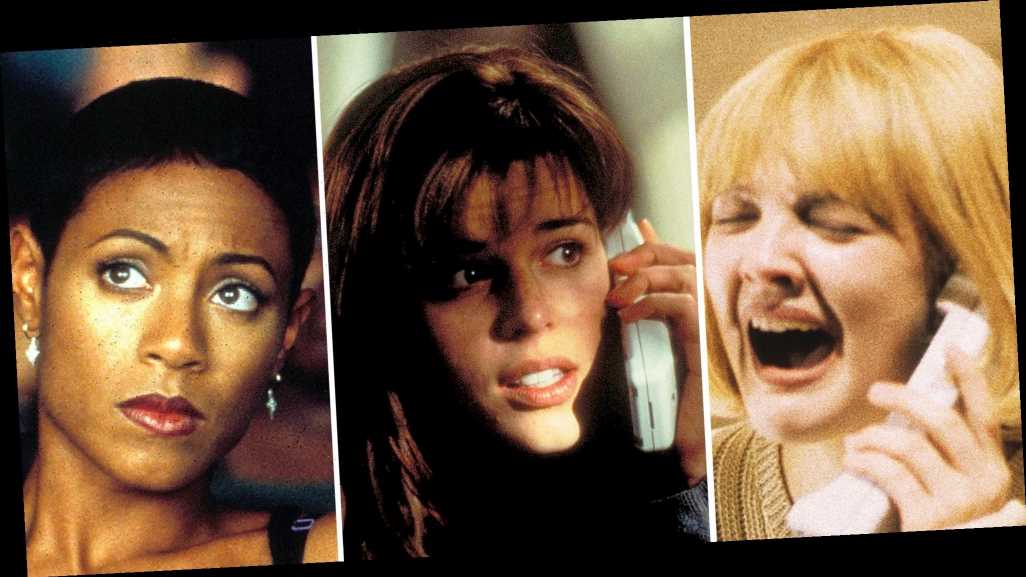 What’s your favorite scary movie? For many, the answer might be one of the many Scream flicks.

The first-ever Scream film, written by Kevin Williamson and directed by Wes Craven, debuted in 1996. Its popularity was met with massive success that would later spawn a booming franchise that included three additional films in 1997, 2000 and 2011.

In 2016, Campbell reflected on the original Scream’s legacy on its 20th anniversary. She also admitted that the cast never expected the slasher flick to become a pop culture staple in the horror genre.

“We had no idea [how big it’d be]. We knew it was a good script and we knew Wes Craven was amazing, but when we started we were shooting in Santa Rosa — none of us really had names yet,” she previously said on Good Morning America. “None of us were famous except for Drew Barrymore.”

The Skyscraper actress added, “We joked, ‘Do you think [Ghostface] would be a Halloween costume?’ But we had no idea there actually would be.”

A few years after Scream 4 hit theaters, the slasher film franchise was adapted into a television series for MTV in 2015. It was later moved over to VH1 for its third season in 2019, but there hasn’t been any confirmation as to whether it will return for a fourth season.

In the midst of Scream’s first season, Craven — who is also behind the A Nightmare on Elm Street franchise — died in his Los Angeles home after suffering a brain tumor. He was 76.

Years after Craven’s death, rumblings about a fifth Scream film had circulated. It was later announced in April 2020 that Ready or Not filmmakers Matt Bettinelli-Olpin and Tyler Gillett would direct the fifth installment.

Campbell expressed to YouTuber Jake Hamilton in May 2020 that she was “apprehensive” about doing a Scream film without Craven. Though she is not yet confirmed for Scream 5, Cox and Arquette are set to return for the film that’s slated to debut in 2022.

Scroll down to see which actors have eluded Ghostface — and which haven’t fared as well — in the legendary horror films over the years.