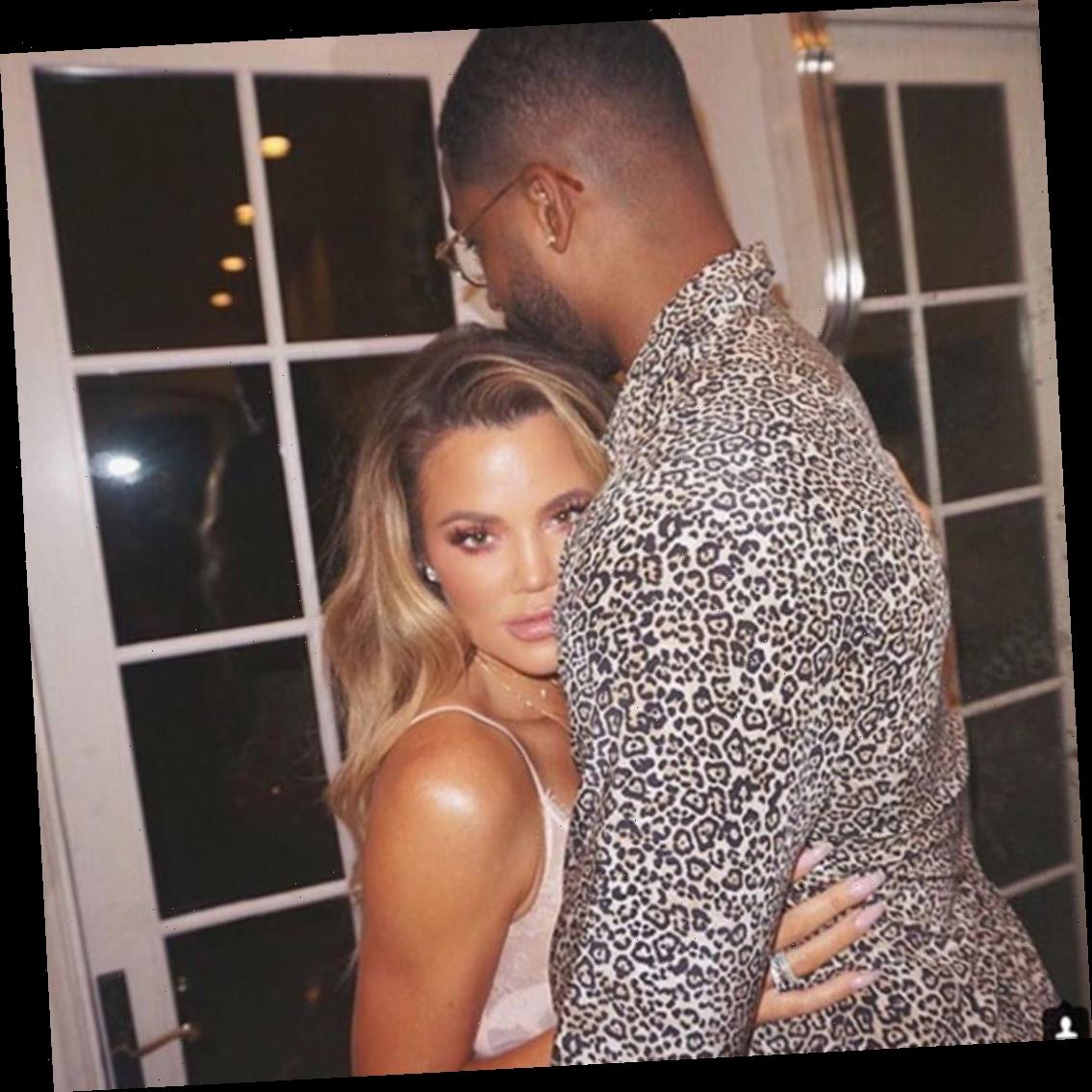 Thanks to one comment, Scott Disick just made some wonder what's going on with Khloe Kardashian and Tristan Thompson.

As reports continue over Khloe Kardashian and Tristan Thompson's current relationship status, Scott has added some fuel to the ongoing speculation that the former boyfriend and girlfriend are indeed back together.

On Friday, Aug. 28, Khloe posted a photo of herself in a bikini to promote her Good American brand's swimsuit collection. However, it was what was said in the comment section that got fans talking.

"@realtristan13 is a lucky man!" Scott wrote. It appears Kourtney Kardashian's ex has since deleted the comment.

While his comment raised eyebrows, we're hearing they are not back together.

In July, after engagement speculation falsely sparked around the celebrity co-parents, a source clarified where they stood at the time.

"Khloe seems very happy with where things are right now. He seems committed and has made changes," the source shared with E! News then. "Obviously Khloe is hesitant and is taking it very slow. The time they have had together during quarantine has been very special and meaningful."

"Khloe realizes when Tristan goes back to playing basketball and on the road, everything will change," the source noted. "She isn't getting ahead of herself and she is just enjoying having him around right now and all of the family time they have had together with True."

Meanwhile, a second source added the two were "happily co-parenting." The exes have spent much time together in recent months with the athlete regularly over at Khloe's house during the coronavirus pandemic. She celebrated Fourth of July at Tristan's house along with other relatives and in August, they were spotted together returning from celebrating Kylie Jenner's birthday in Turks and Caicos.

The reality star and pro basketball player welcomed their first child together in April 2018 amid Tristan's cheating scandal. Ten months later, they officially called it quits after Khloe learned of Tristan cheating with Jordyn Woods.