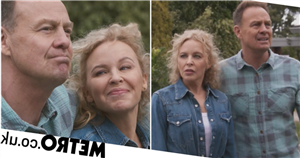 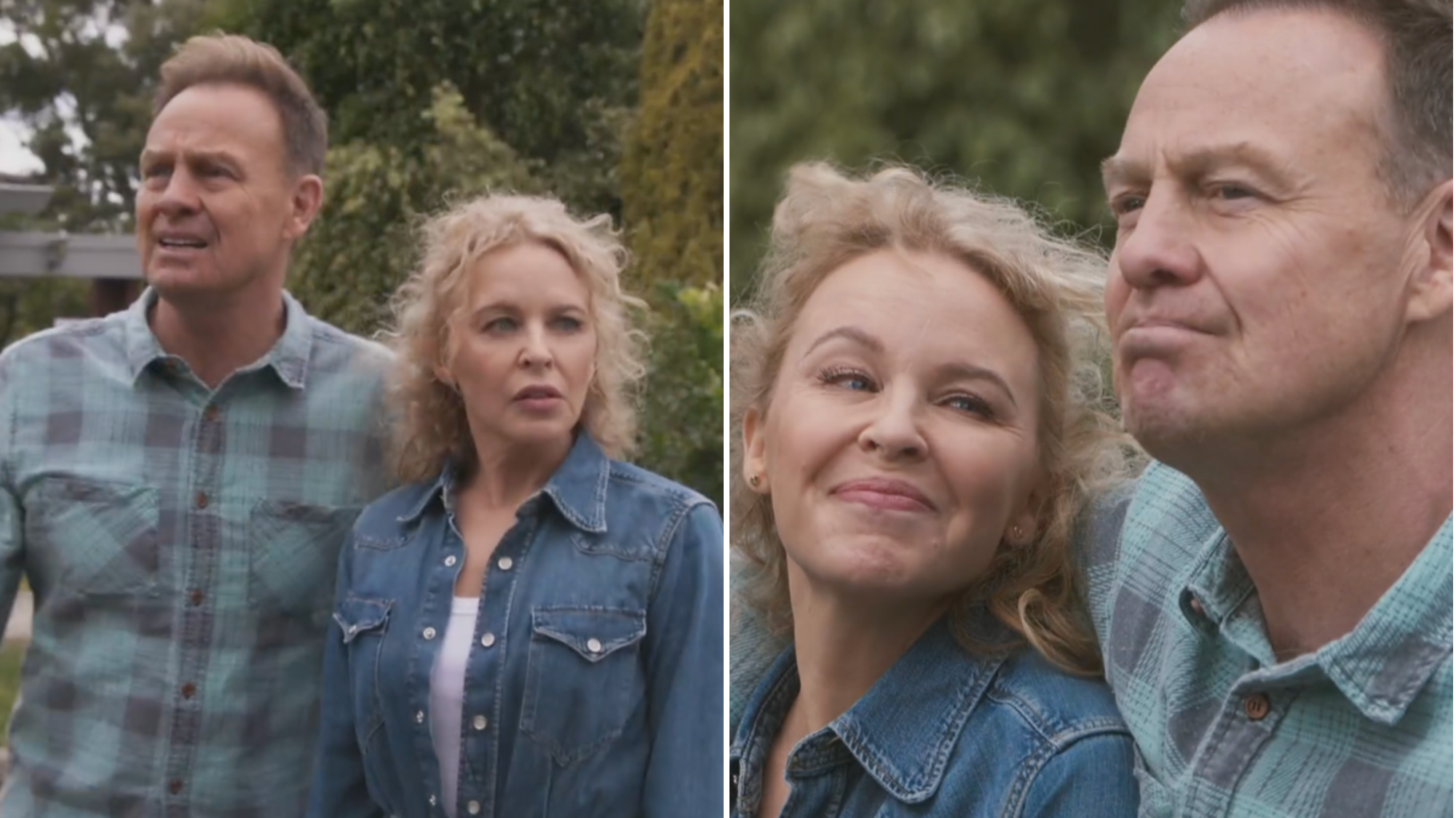 Scott and Charlene are back! Neighbours’ most iconic couple rode into Ramsay Street after a three-decade absence, and they did so in an incredibly meta way, with Especially For You blasting on the radio.

Kylie Minogue and Jason Donovan, who rose to fame on the Aussie soap as Charlene and Scott in the 1980s, staged the ultimate comeback tonight (July 29), during the show’s final ever episode.

The duo’s 1988 track, Especially For You, accompanied them, as they parked up on the street and exited their vehicle, taking a look around at the street they used to call home.

‘Home sweet home’, said Charlene, observing her surroundings with husband Scott. But all was quiet on the street, as the residents were all at Toadie’s (Ryan Moloney) wedding.

Charlene, however, had an idea, and in scenes reminiscent of her debut episode, she approached No. 24, scaled the steps, and stared at the open window – the very same open window in which she tried to climb through all the way back in 1986, when she first met Scott.

It was first revealed back in May that Kylie and Jason would stage a comeback in May, following word of Neighbours’ controversial axing.

Channel 5 decided to drop the serial from their schedules in favour of ‘original UK drama’, which the broadcaster claims has a ‘strong appeal’ for audiences.

Judging by the reaction online, however, there is still very much an appetite for Neighbours, and its untimely end will leave a huge hole in the schedules that will likely never be filled.

Too early for a revival?

Neighbours: The Finale is available to stream on My5.