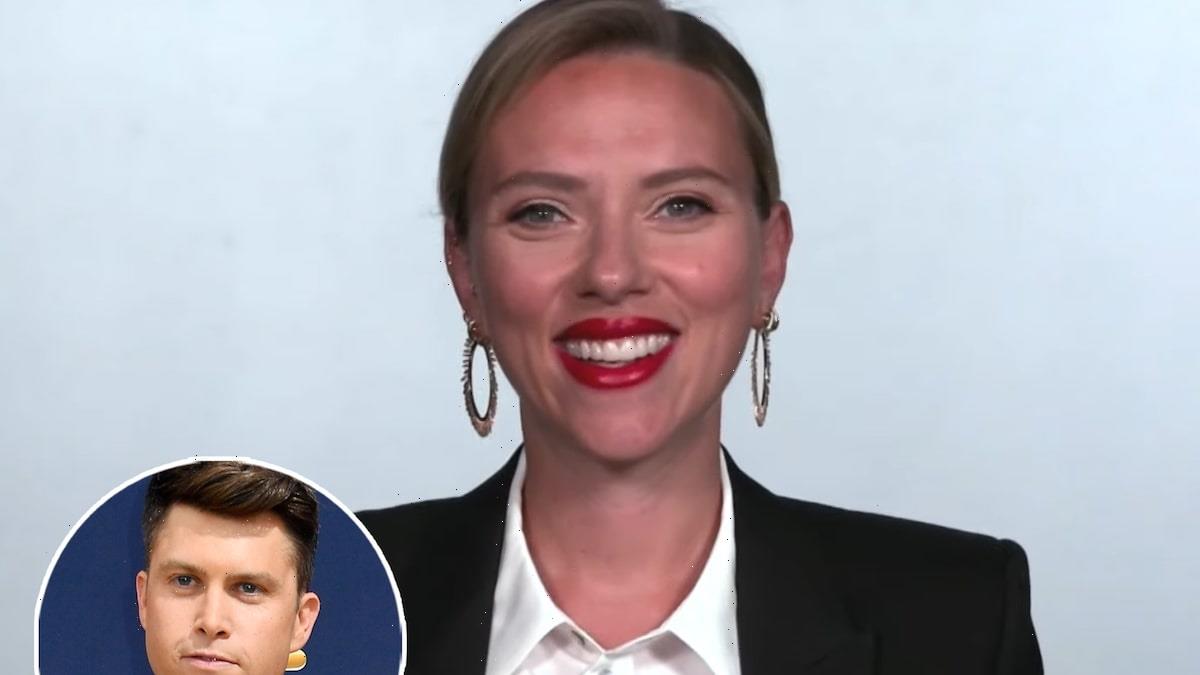 “We just felt very fortunate to be able to get together like that.”

Scarlett Johansson is opening up about getting married to Colin Jost during the coronavirus pandemic.

While appearing on Monday’s episode of “Late Night with Seth Meyers,” the actress detailed her and Jost’s pandemic wedding, which took place back in October 2020.

“It was a little stressful,” Johansson, 36, told Meyers, who attended the wedding. “Colin, as you know, he’s very fortunate … his grandparents are still with him and there [are] several people in their 90s in his family.”

“Obviously we wanted to take all the precautions, every precaution that we could,” she continued. “We had the masks made that [said] ‘Josts 2020’ and everybody had to get tested 100,000 times.”

“My wife recently pointed out to me that like, ‘I’m certain you have never washed that and it literally says 2020 on it and you’re disgusting,'” he joked to which Johansson replied, “It definitely was a weird party favor that could only happen now.”

While the wedding was “small” and safety protocols had to be put in place, Johansson said the ceremony ended up being “beautiful” and “felt like it was sort of how it was supposed to be.”

“Even though it was small and intimate, it was beautiful and we were so happy to see people that we hadn’t seen in such a long time,” she said. “We just felt very fortunate to be able to get together like that.”

When asked if Che got her and Jost a wedding gift yet, Johansson said, “This whole thing between them with the gifts — it’s hilarious for them and then I get left with this giant junk I can’t get rid of because it’s, like, personalized.”

She added that a “humongous” gift recently arrived at her and Jost’s house.

“It’s this massive, framed — you know when you go to a Planet Hollywood-style type restaurant and there’s like memorabilia that they frame like a giant hockey thing and it has all the different trophies? It’s like that, but it’s a Michael Che one for something,” Johansson hilariously explained. “I don’t know what it is.”

She continued, “It’s basically free swag that he didn’t want in his office or in his home and he just ships us his crap and then I have to figure out what to do with it. I hate it. I hate both of them right now. I’m just like, what next?”

The “Avengers” star also revealed the very unique first gift she received from Jost. See what it was in the clip, below.