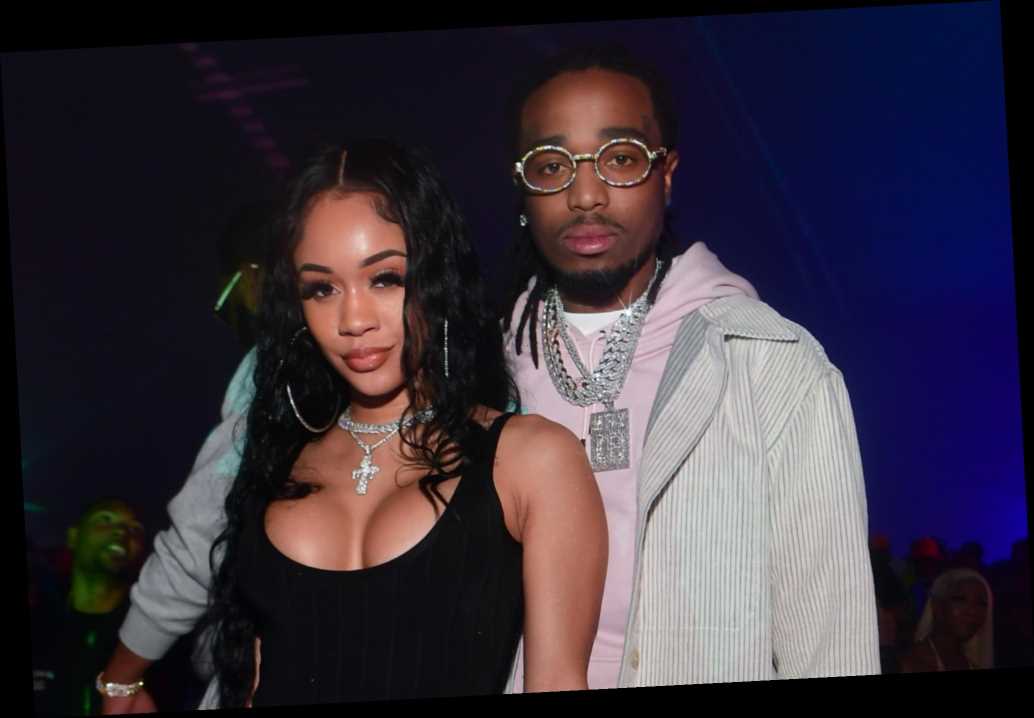 Quavo shares the Instagram DM that led to Saweetie relationship

Saweetie is giving up her long nails for now, but won’t sacrifice her hair

Saweetie dishes on her quarantine sex life with Quavo

What is it with stars and food fetishes these days?

Saweetie has reportedly purchased a private jet, and tells Page Six she’s been fantasizing about dining on board with her boyfriend, Quavo, of Migos.

“What would really turn me on, on my jet with Quavo, would involve a lot of food,” she told Page Six. “He would feed me oysters, crawfish, macaroni and cheese, greens, Filipino food, I mean … whatever I’m in a mood for that day — you just never know!”

His order will apparently be less elaborate. “What I will feed Quavo … he loves my pasta, so I would cook some seafood pasta and serve him some veggies on the side,” she said.

Another pie-in-the-sky notion for the rapper: “I want to close a $1 billion deal in the air. If I can make the Forbes billionaire list — that’s when I feel like I made it.”

Besides her extravagant, mile-high dining dreams, Saweetie says, “I take ginger shots every morning and I take vitamins. I just feel like a certain type of cleanliness. People don’t talk about it — but let’s talk about it — healthy bowel movements are really important. You got to get that thing flowing.”

She and Quavo have been dating for over two years. But before they became so close, “Girl, when Quavo was by my house, or when I was by his house, I used to drive away and go to a different bathroom,” she said. “I’m comfortable now, but I would just say, ‘You better not go in that bathroom.’ That’s what I’ll tell him. I just got tired of trying to hide it. I think we all get to that point when it comes to your boyfriend. But now I’m very discreet about it. I mean I’m not trying to go all the way out. I just make sure it is still lovely in there afterwards.”

She appears on the new season of “Grownish” on Freeform.