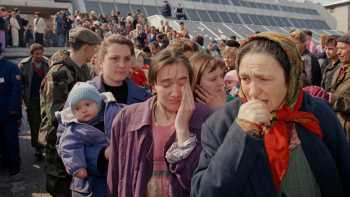 Reconciliation and dealing with the tragedies of the Yugoslav Wars has been a major focus of the Sarajevo Film Festival and its CineLink Industry Days event in recent years.

The True Stories Market, launched in 2016, aims to connect filmmakers with organizations that are researching and documenting the Yugoslav Wars that spanned 1991 to 2001 in particular, but also the general impact and aftermath of war in general.

Serbian helmer Aleksander Reljić is currently making “Mamula All Inclusive,” a documentary based on a story presented at the True Stories Market in 2017. The film examines the plan by Egyptian tycoon Samih Sawiris to build a luxury hotel on the site of the former Mamula concentration camp on the Montenegrin isle of Lastavica in the South Adriatic Sea – “a horrifying place of execution” during WWII, where more than 2,000 civilians were held by Italian fascists.

Local activists, concentration camp survivors and organizations are protesting the decision of the Montenegrin government to approve the deal and are calling for Mamula to instead be turned into a cultural-educational center and museum dedicated to the victims of fascism.

Sawiris has offered to build a “hotel-museum” with a memorial room for the victims.

Reljić said he found the idea of transforming the former Marmula concentration camp into a luxury hotel “unacceptable, regardless of what the solution for this ‘hotel-museum’ will look like.” His documentary will seek to show the “universal problem of degrading ethics” and the declining value of public interest in the face of money and the personal interest of individuals, he added.

In addition, Al Jazeera Balkans, which produced a previous story acquired from the True Stories Market – Bosnian helmer Muris Beglerović’s “Restless Dreams,” about a man who has spent more than two decades collecting human remains from the 1995 Srebrenica massacre that left an estimated 8,000 dead – has expressed interest in some of this year’s projects, according to event organizers.

The True Stories Market this year presented five stories collected by various organizations and NGOs that are documenting and researching the conflicts.

“The Fight for Justice by a Kosovo War Rape Survivor,” documented by the Balkan Investigative Reporting Network (BIRN), examines sexual assault during the Kosovo War in 1998-99. The story focuses on Vasfije Krasniqi Goodman, who became the first survivor of wartime rape in Kosovo to speak publicly about her ordeal 20 years after the end of the war.

“The Story of Iva Radić, Who Is Still Searching for the Remains of Her Father Killed in Vukovar,” from Croatia’s Documenta – Center for Dealing with the Past, follows Iva Radić, who has spent the past 28 years searching for her father, a Croat who disappeared after the family was captured by Serb soldiers in 1991, when Radić was only 8 years old. She, her sister and her Serb mother were released from custody days later. She never saw her father again.

The wartime life of a young Bosnian nurse who managed to escape to Germany during the Bosnian War only to return to her homeland to tend to the wounded is presented in “The Story of Selma Čengić,” from Izvor, a Bosnian association established by families of missing persons and civilian victims of war.

“The Story of Fikret Bačić,” from the Helsinki Citizens’ Assembly, is about a man who, while working abroad, learned that all 32 members of his extended family had been executed outside their family home in the village of Zecovi, including his wife, children, mother, nieces and nephews. Bačić, who has yet to find the remains of his family, took part in the prosecution of those responsible for the crimes. He has also launched an initiative to erect a memorial to the 102 children murdered in the region during the war. Although he envisages a memorial that pays tribute to all victims, regardless of their ethnicity, he has been unable to convince local authorities to approve the plan.