It’s raining men! While filming the ‘Sex and the City’ revival, ‘And Just Like That,’ SJP got swept away by a hunky mystery man on Sept. 17.

The fabulous trio is back and will be taking over our screens in no time as the Sex and the City revival — officially titled And Just Like That… — is in the midst of filming. In newly released photos, which you can see below, show star Sarah Jessica Parker, 56, gets whisked away by a hunky man due to a certain item wrapped around her knee. While the pics could be all for the show, we can’t help but wonder — what happened? 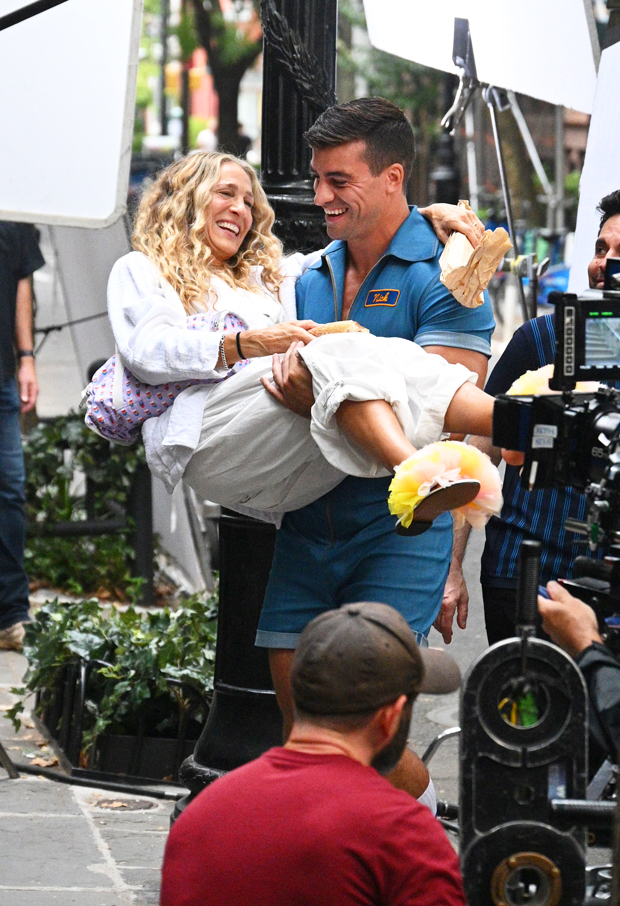 Wearing a knee brace or not, SJP looks radiant as ever in the pics. The actress opted to style her signature blonde locks with loose waves and a middle part. The pro is dressed for comfort for a day on set and decided to wear an all-grey jumpsuit with black accessories. Naturally, the SATC star looked ever so chic!

The actress was all smiles while getting a little help from the mystery muscled man. Wearing a pair of tight blue shorts, the hunk was spotted carrying SJP up the steps of her apartment building which is set in the Upper East Side but is actually located in the West Village. The back of his uniform was embroidered with ‘Hot Fellas Baked Goods,’ which must be where Carrie grabbed the baguette for that she’s holding. 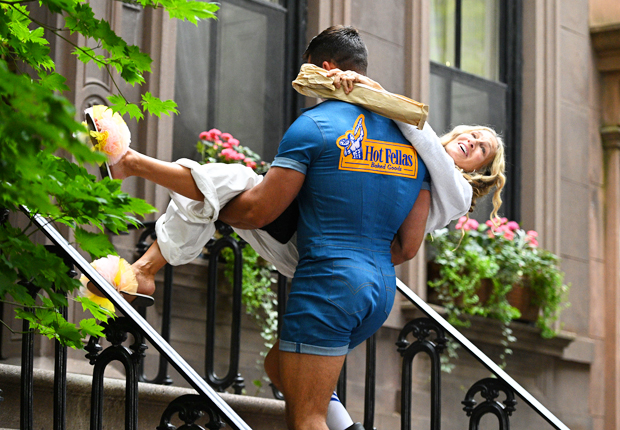 Fans are pretty eager to see the reboot, so SJP gave us a much-needed sneak preview. On Aug.10, she posted a slideshow of photos from Carrie and Big’s apartment. The scenes that have been released are definitely giving similar vibes to the original so fans will know what to expect. However, there is one notable change for the revival, — Samantha (played by Kim Cattrall ) will not be returning. 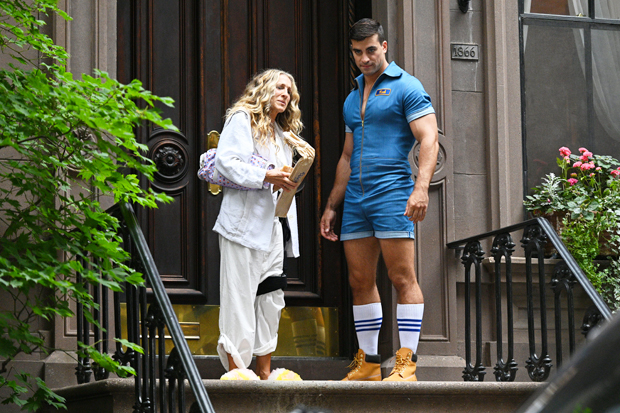 When the revival was announced in January 2021, SJP responded to a fan who commented that she and Kim “dislike” each other. “No. I don’t dislike her,” Sarah said at the time. “I’ve never said that. Never would. Samantha isn’t part of this story. But she will always be part of us. No matter where we are or what we do.”