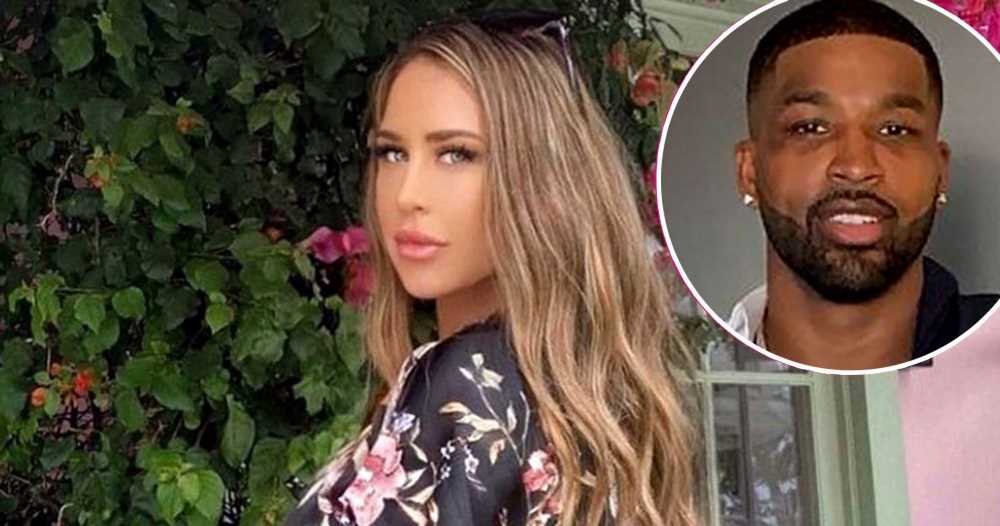 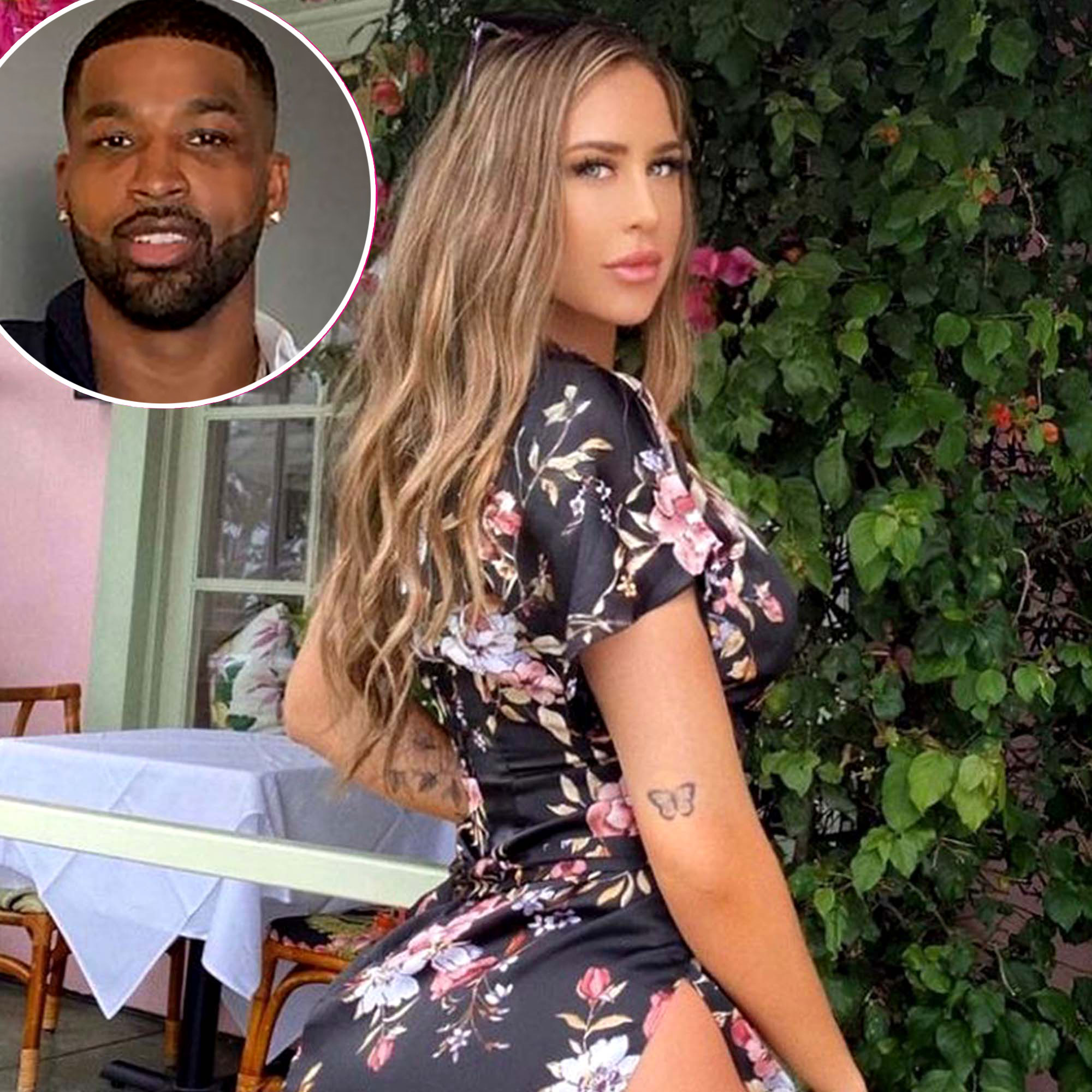 Santa baby! Maralee Nichols shared another photo of her and Tristan Thompson’s alleged son in honor of Christmas amid their paternity suit.

The fitness model’s newborn son, who she claims was fathered by the NBA player, 30, in the spring, made his Instagram debut on Saturday, December 25. Nichols posted a sweet snap of her little one wearing a holiday onesie that read “My first Christmas” on the bum.

The baby, who Us Weekly confirmed was born on December 1, was only shown from the back as he moved away from the camera on a festive red, checkered blanket. Nichols simply captioned the post with a heart emoji. 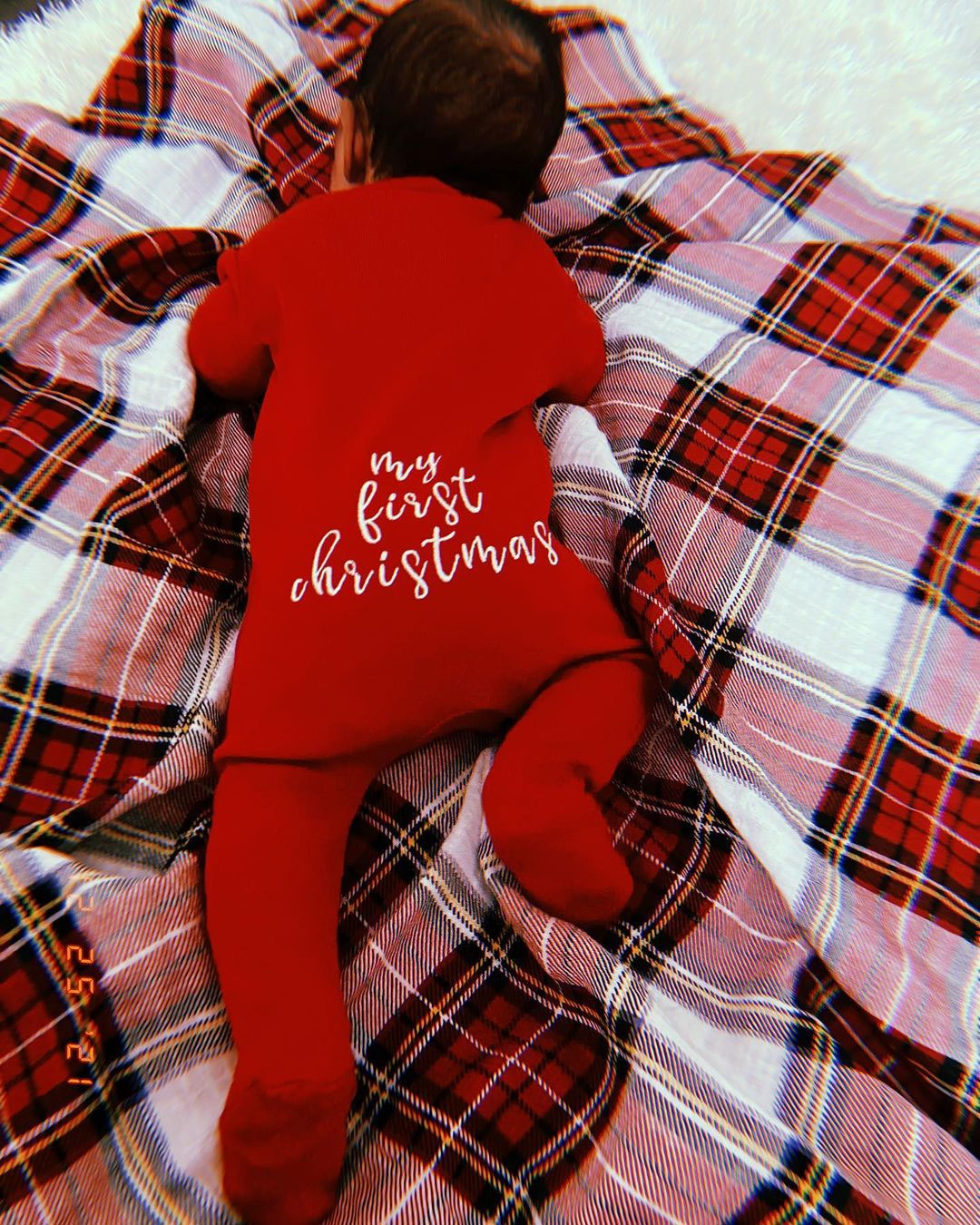 The former personal trainer first introduced the world to her baby boy on December 17 when she shared a photo of herself holding the child in front of a Christmas tree. In the snap, which was taken on December 6, the California resident looked down loving at her newborn while wearing matching Dr. Seuss’ How the Grinch Stole Christmas pajamas.

At the time, Nichols also released a statement regarding her and Thompson’s relationship, detailing how they allegedly conceived the baby amid their months-long romance, which began in 2020. The pair allegedly saw each other on Christmas, New Year’s Eve and his birthday in March.

Getting Festive! How Celebs Celebrated Christmas 2021

The former Cleveland Cavaliers player, however, was dating Khloé Kardashian, with whom he shares 3-year-old daughter True, while hooking up with Nichols. Us confirmed in June that they split for the second time. Thompson is also the father of 5-year-old son Prince, whom he shares with ex Jordan Craig.

Nichols claimed in a statement to Us earlier this month that Thompson told her that he was “not having a sexual relationship with anyone else,” during their romance. She noted that their relationship — which consisted of meetings in Houston, Boston and North Carolina — was “not casual sex nor did we have any arrangement. Tristan and I communicated daily and talked on the phone. We would see each other several times a month.”

She further alleged that after she told the Canada native in April that she was pregnant she has “paid 100 percent for my son’s expenses. I did not ask Tristan for any money, nor did I accept any money that was offered to me.”

While the new mom insisted that she tried to keep her pregnancy out of the limelight as much as possible, news broke in early December that she had filed a paternity lawsuit against Thompson. The actual filing happened in June of this year, with Nichols claiming in her statement this month that the professional athlete filed a paternity action in Texas shortly after she filed her own paternity suit in Los Angeles.

Tristan Thompson’s Drama Through the Years: A Timeline

Us previously reported that Thompson’s Texas case was dismissed on December 15, with Nichols confirming the exclusive details two days later.

Despite all the ups and downs of the ongoing California court case with Thompson, Nichols said on December 17 that she is “choosing to embrace being a mother and doing the best I can for my son.”

She claimed that she does not want “any further media attention, nor do I want a romantic relationship with Tristan.” Instead, Nichols said that her “goal is to raise our son in a safe, healthy, loving and private environment.”