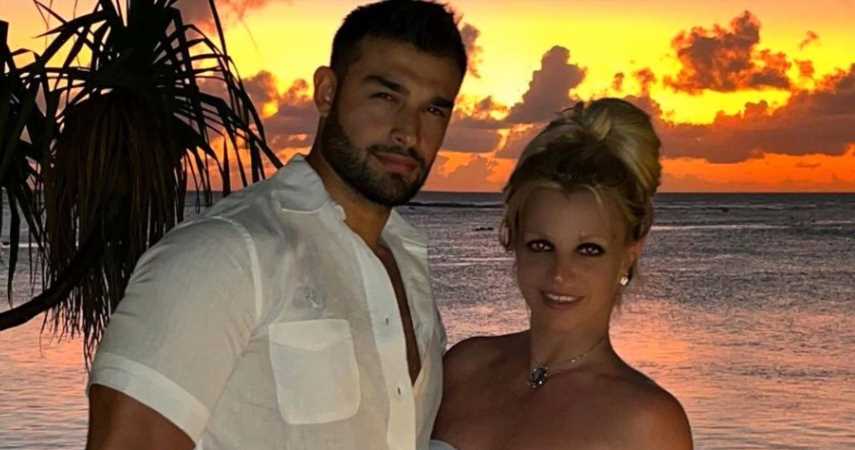 Britney Spears had to wait until the end of her conservatorship to get engaged, but it appears she may have to wait a little longer before walking down the aisle.

According to a new report, the singer’s fiancé Sam Asghari isn’t satisfied with the terms of their potential prenuptial arrangement. As per OK! Magazine, a source said, “The talks have been taking longer than usual.”

“Sam wants substantial increases for every five years they are married, should it end,” they continued.

A separate source said that despite the delay, things are still smooth between the couple, adding the discussions are “respectable” and Sam just wants to ensure he doesn’t “end up penniless if they separate.”

Britney’s decade-long conservatorship was finally lifted last year after a long legal battle. Despite now having control over her $60 million fortune, the source said the singer has no interest in talking finances.

“Britney’s staying out of the entire process,” the insider shared. “She’s just letting her lawyers hash it out with Sam’s team.”

Britney and Sam got engaged last September after the 28-year-old dancer was seen looking for rings. The pair both shared images of the ring to their social media pages to announce the engagement.

Shortly after their engagement, there was buzz online from Britney’s fans calling on the couple to work out a prenuptial agreement to the wedding. Sam actually responded to the controversy to assure the public they would be sorting out finances prior to saying ‘I do.’

“Thank you for your concern about the prenup!” Sam wrote on his Instagram Story, only a day after announcing their engagement. “Of course, we’re getting iron clad prenup to protect my Jeep and shoe collection in case she dumps me one day.”

A wedding ins’ the only thing Sam and Britney have to look forward. The couple are also expecting their first child together, which they revealed last month.

Britney shared the news on Instagram, explaining she thought she gained weight on a recent trip to Hawaii only to learn she’s actually expecting.

“I lost so much weight to go on my Maui trip only to gain it back,” she wrote. “I thought ‘Geez … what happened to my stomach ???’ My husband said ‘No you’re food pregnant silly !!!’ So I got a pregnancy test … and uhhhhh well … I am having a baby.”