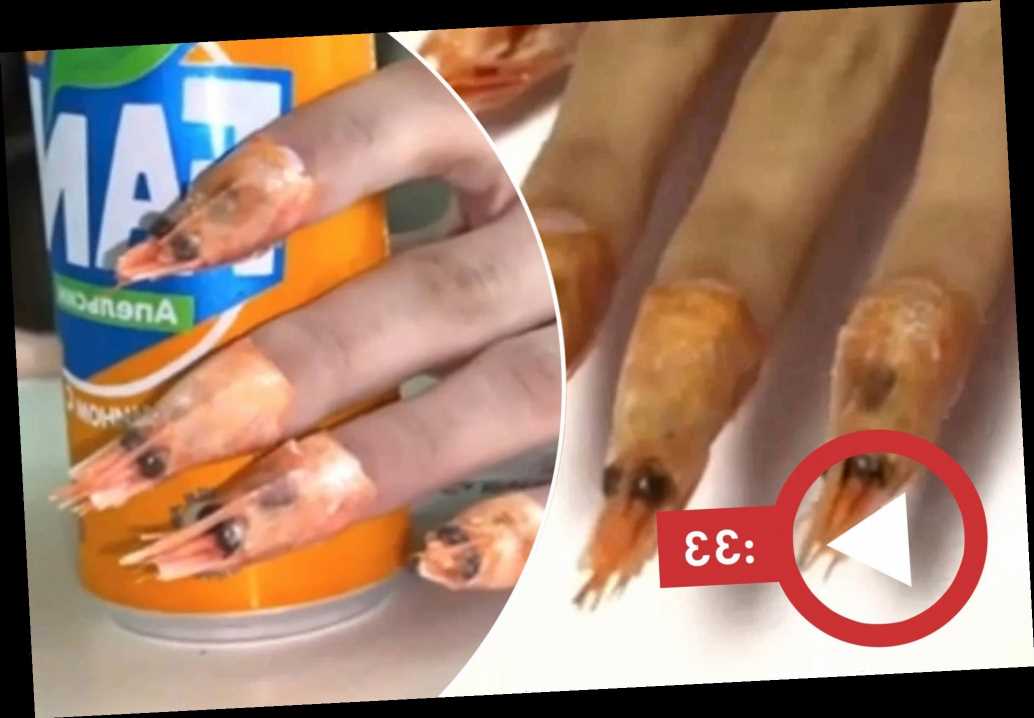 These nails are 50 shades of cray.

A Russian nail salon known for its wacky creations is being clawed apart online after employing real shrimp heads in its latest design.

The controversy kicked off after Nail Sunny shared a video to its 2.2 million Instagram followers chronicling a bizarre new brand of crustacean cosmetics, reported the Daily Mail.

The one-minute tutorial, which boasted almost 140,000 views before it was removed, begins innocuously enough with an unseen model having her nails shaped and applied with adhesive. Things take a turn when the camera cuts to the technician removing a steamed shrimp’s insides and sticking the empty noggin on the model’s fingers like ghoulish gel tips. The footage concludes with a model displaying her a-krill-lic claws for the camera.

Needless to say, the prawnographic video didn’t sit well with Instagram fans, who dubbed the procedure “disgusting” and “disrespectful.”

“This could not be any more disgusting. Wtf who does this,” fumed one naysayer of the “Beetlejuice”-evoking creation.

Another Instagram cosmetician wrote, “That’s the most disgusting thing ever why can’t you just do normal nail designs?”

Some even accused the salon of animal cruelty, despite the fact that the prawns were already cooked.

“Shame on you for not having empathy,” chided one detractor.

Another typed, “ANIMALS ARE WONDERFUL LIVING BEING AND THEY DESERVE RESPECT LIKE ALL OF US.”

So much for trying to break out of one’s shell.

This isn’t the first time the manicure merchant has come under fire over an outrageous creation. They previously received backlash from animal activists after filling hollow acrylic nails with live ants.