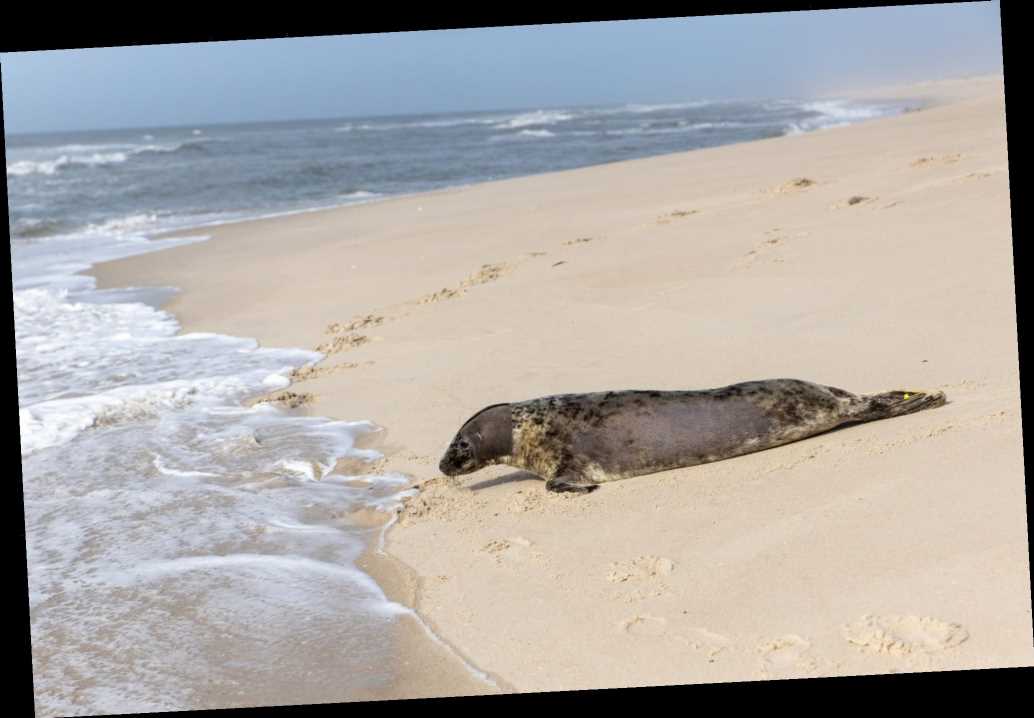 After a long and difficult recovery, Pippi the rescue seal is finally able to swim home.

On Wednesday, Pippi Lockstocking was released back into the ocean after spending nine months in rehab at the National Aquarium in Baltimore, the longest seal rehab case the aquarium has seen to date, according to a press release.

Her journey at the aquarium began in early February after she was rescued near Dewey Beach, Delaware, in a coordinated effort with the Marine Education Research Rehabilitation Institute (MERR).

She was transported to the National Aquarium’s Animal Care and Rescue Center (ACRC) where animal health and rescue teams estimated her to be about one month old as she still had had a small amount of lanugo, baby fur found on gray seal pups, on her tail. Pippi required a lot of help as she was dehydrated, malnourished, and appeared to have an infected front flipper.

By early May, Pippi was making significant improvements including doubling her weight to 70 pounds and beginning to eat on her own.

However, the health team also determined that Pippi was suffering from an ear infection, which the aquarium described as a "troubling diagnosis for seals due to their specific anatomy hindering the ability of treatments or antibiotics to target the area of infection." Pippi received treatment for the infection but required further testing which was difficult at the time due to restrictions caused by COVID-19.

Eventually, through Veterinary Neurology and Imaging of the Chesapeake in Annapolis, Maryland, they were able to confirm Pippi's diagnosis through detailed radiographs and a CT scan.

It was then determined that Pippi would need a surgical procedure called a total ear canal ablation and a lateral bulla osteotomy, which had never been performed before on a gray seal.

"We had a great team and worked hard to prepare for all the possibilities we would encounter during the surgery. I feel very fortunate to be part of this team," Jeyakumar said in a statement. "I have also enjoyed watching her recover and grow. We hope, now that she has healed, she will continue to flourish in her natural habitat."

After the surgery, Pippi continued to be monitored and the aquarium team carefully tracked her recovery. Her surgery and rehab proved so successful that she was finally deemed releasable just months later.

On Wednesday, the aquarium team said goodbye to Pippi at Assateague State Park as they watched her waddle back into the ocean.

"Pippi’s rehabilitation case is the longest seal case we have had since our program began in 1991," said Jennifer Dittmar, Director of Animal Rescue at the National Aquarium, in a statement. "While we did not initially anticipate Pippi to be such a complicated case, we are truly thankful for the partners, staff, volunteers, and doctors who have helped get Pippi to this point."

She added,  "She is a fighter and we are very proud to have made it to the moment of releasing her back into the ocean."