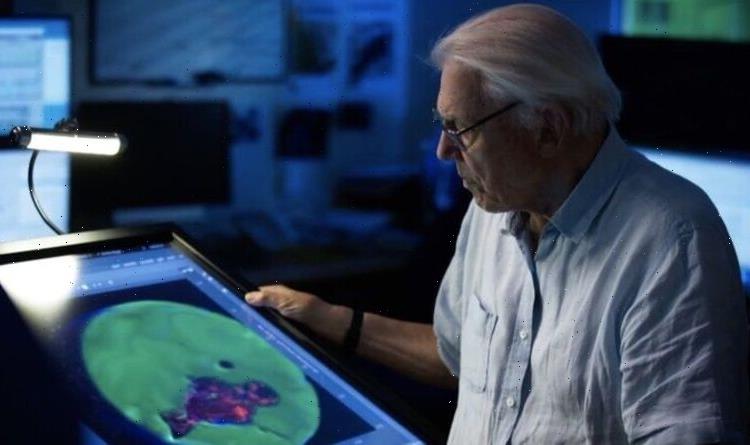 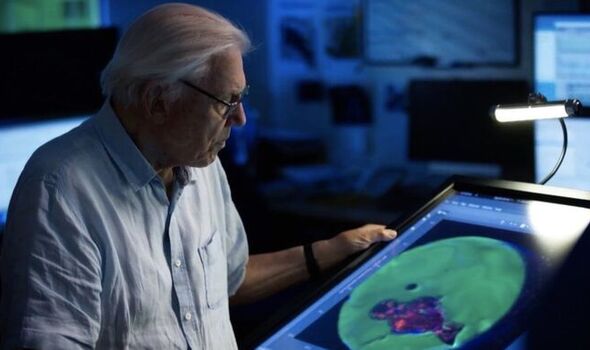 Very few fossils can be dated to within the final few thousand years before the asteroid strike wiped out dinosaurs for good. But experts believe the leg of a Thescelosaurus – found at Tanis in North Dakota, USA – bears clues that show it was killed and then instantly entombed on the fateful day 66 million years ago.

Dinosaur expert Professor Paul Barrett, from London’s Natural History Museum, said: “There’s no trace of the leg being scavenged, such as bite marks or bits of it being missing.

“So the best idea we have is that this is an animal that died more or less instantaneously.”

He reviews other fossilised creatures found at Tanis that are believed to have died in the asteroid strike, including a turtle skewered on a wooden stake.

Although the space rock landed 2,500 miles away in the Gulf of Mexico, the impact is thought to have created an enormous destructive tsunami.

Archaeologists believe they have also found the remains of sturgeon and paddlefish with particles of asteroid debris still stuck in their gills. Robert DePalma, who leads the Tanis dig, said: “We’ve got so many details with this site that tell us what happened moment by moment.

“It’s almost like watching it play out in the movies.

“You look at the fossils there and it brings you back to that day.”

Dinosaurs: The Final Day with Sir David Attenborough, will be screened on BBC One at 6.30pm on Good Friday.