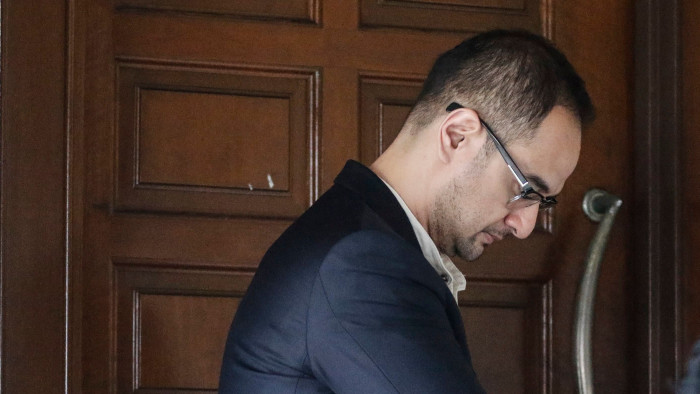 “Wolf of Wall Street” producer Riza Aziz was formally charged on Friday in Malaysia on five counts of money laundering. The Malaysian Anti-Corruption Commission alleges that he handled $248 million of funds stolen from 1Malaysia Development Berhad.

Aziz had been arrested on Thursday by the MACC, notified of the pending charges and released on bail. He appeared at the High Court in Kuala Lumpur early Friday morning, with an eight-person defense team, and pleaded not guilty to all five charges. He was released on bail of $240,000 (RM1 million) and ordered to surrender his passport. Aziz told the court he has no currently valid passport.

Each of the charges are punishable with a fine of up to $1.21 million (RM5 million) or a jail term of up to five-years, or both. If punishments were ordered to be served consecutively, Aziz could face 25 years in prison.

The 1MDB fund was set up at the behest of former Prime Minister Najib Razak. The U.S. Justice Department has estimated that $4.5 billion was stolen from it. Razak has been hit with 42 charges in five overlapping cases relating to the plundering of 1MDB.

The charges on Friday showed remittances of $1.2 million and $9 million from the Swiss bank accounts of Good Star Limited, a company involved with 1MDB, to a U.S. bank account belonging to Red Granite Productions. They also showed three payments, of $133 million, $60 million, and $45 million, from Aabar Investments PJS to the Singapore bank account of Red Granite Capital.

In a settlement with U.S. authorities in May, Red Granite forfeited $57 million. That sum was returned to Malaysia and paid into an account for the recovery of sums that disappeared from 1MDB.