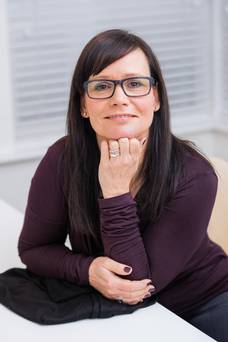 Michael was a senior executive with 10 years’ service in a multinational when things began to go wrong. The management team was suffering high turnover, he felt obliged to help out new team members, and it started to affect his performance. “It wasn’t who was above me or below me – cliques had formed. I became frustrated and stressed. My productivity suffered. I did what most people do in those situations, which is to fight on.”

“I wouldn’t say I was ill, but I was probably getting there.”

He considered returning to college but was wary of the financial outlay.

“Most people believe that they have a more credible career transition story if they have a piece of paper in their pocket. Then, they can justify their move, instead of just admitting they’re miserable, which is where I was at.” Instead, Michael turned to a career coach for guidance.

“It was hard. The price of a good career coach is nearly the price of going back to college. Of course, I had considered changing industry before that but I didn’t feel like I had the capacity to do it. I was buried in misery. The career coach gave me a clear path to moving industries and I had my new job within three months. Now I’m running my own organisation.”

As September sets in, many of us start to consider our work lives, and the politics, obstacles or career stagnation that can make us feel despondent. Like Michael, it might be time to think about a career reboot.

Whether it’s seeking out a professional coach, assessing what could make you happier in your job, or simply identifying where you want to be in a year, making time for your career is time well spent.

“Typically people come to me when they have up to 20 years behind them in their career,” says executive coach Anne Caulfield of elevateedge.com.

“For various reasons, they’ve hit a plateau. Maybe it’s lack of growth opportunities or they feel unhappy in their role. They’re not getting that promotion. They feel they’ve a lot more to contribute but they don’t have the opportunity to bring those skills forward.”

Not everyone suffers career stagnation, some jobs offer plenty of opportunity but are blighted by endemic office politics, a contagion not just confined to the giant multinationals.

“I don’t think its industry-specific,” says executive coach Janine Bunnetta of High Noon Coaching. “I think all industries have an element of politics, whether you work in pharma, finance, FMCG or tech. In my experience, there are less politics in start-ups, mostly because there are fewer individuals.

“As an organisation comes out of its scrappiness and becomes more ordered and organised, as with any scaling, it involves many more people, then politics invariably do start to creep in.

“I have worked in a good few tech organisations who set up their Emea headquarters here in Dublin and have seen them scale dramatically. And with that accelerated scaling, the internal landscape changes a lot. “The bigger the organisation gets, there are more people, more personalities, more egos, more differences of opinions, different cultural perspectives and the lenses from which people see vary greatly.”

In Michael’s case, it was office politics that led him to become frustrated, but that is not the only source of workplace malaise, sometimes it’s the workplace culture that’s the cause.

In his book The Joy Of Work, Twitter Emea VP Bruce Daisley describes the dissonance of a culture which demands more hours of staff, but does not necessarily result in a corresponding increase in productivity. Rather, he says, people spend more time in meetings.

He recounts how incoming PayPal COO David Sachs embarked on a crusade against unnecessary meetings “sniffing them out like speakeasies”.

“Sachs enforced an anti-meeting culture where any meeting that included more than three or four people was deemed suspect and subject to immediate adjournment if he gauged it is inefficient.

“Sachs felt that the meeting-enthusiasts problem was actually a legacy of a recent acquisition that had left the company with twice as many bosses as were necessary. Managers were holding meetings simply to assert their importance in the new power structure.”

This wasn’t a whimsical assault on the corporate right to assembly though. Meetings aren’t just wasteful, they can provide a platform for lazy employees to bloviate while diligent – and perhaps less forthcoming – employees’ contributions can be overlooked.

So reducing unnecessary busywork and improving productivity can make for a better environment, but what does one do at the other extreme when it is a literal matter of life and death?

In high-stress environments where staff have undergone intensive training, increasingly it is retention rather than productivity that is at stake. Dr Heidi Edmundson is a consultant in Emergency Medicine in London’s Whittington Hospital. A native of the North, Dr Edmundson began turning her focus to staff wellness after a particularly severe winter in 2016.

“In an emergency-medicine setting, winter can be a very stressful, challenging time, which creates difficult conditions for staff to work in.

“When you have people work through very busy situations, where you might have people dying or close to death, staff can be very demoralised or crying at the end of their shifts. I was very affected by it. I wanted to do something for staff wellness so I started a wellness steering group.

“My point was to say that staff wellness is important. But we didn’t have a budget, or any special time, but there were slots available in our ’10 at 10′ teaching time in the morning. So we took over some of the slots.

“I’d been interested in a style of theatre called Forum Theatre – from that I’d learned that actors and actresses frequently use games to help turn individuals into an ensemble cast. The idea was that by using fun and creativity you improve wellness. We expanded into painting for 10 minutes, doing origami.

“The importance of fun in a workplace is hugely underestimated in work and in society. Creativity gives you a voice.”

Though Dr Edmundson says it is difficult to prove a conclusive link, sickness rates in the department were down 33pc year-on-year from 2018 compared to 2017.

She also says that running the workshops allowed conversations to happen that would not have done otherwise.

“What was interesting, walking in from the perspective of a senior, I ended up having conversations I would never have had before. I began to realise that I was just engaging with people in a very different way.”

Ultimately, improving your workplace may be just a matter of actually expressing yourself. Bunnetta cites poor communication as the key driver of workplace issues.

“In my opinion,” says Bunnetta, “most professional obstacles are down to miscommunication/misalignment or lack of clarity.

“I think fostering a culture of open communications and ongoing feedback are imperative – we always have choices as to how we respond to the obstacles we are facing so equipping people with the tools and techniques to enable them to have ongoing clear, purposeful communication and/or crucial conversations are so important in business.”

So you just have to speak up and it all gets better? Well, maybe.

Just remember that communication isn’t just complaining for the sake of it – often disgruntled employees cannot identify what it is they want to happen. So before opening any conversation with an employer, staff must isolate exactly what change they want to take place, rather than reverting to vague statements which don’t help advance their issues.

“You really need to know what you want,” counsels Caulfield. “I’m shocked by how few professionals really know what they want. If you want to take that next step, you need a really clear vision.

The first thing I do with clients is a skills audit – what am I really good at, that I really enjoy.

“In my job today what percentage of my time do I spend doing that? And how can I ensure I spend more time doing what I love?”

Anne Caulfield is speaking on Five Steps To Creating Your Career Game Plan at Women in Finance World Series in Dublin’s Convention Centre on September 13.

Dr Heidi Edmundson will be speaking on Bruce Daisley’s panel at the Good Day At Work conference in Manchester on September 9.

Five Steps To Getting Unstuck In Your Career – Anne Caulfield

1. Don’t blame others, it is only when you take ownership and responsibility for your career that you will start to make decisions that are right for you.

2. Know what you want. The career you want is at the other side of knowing what you want. You need to have a vision and then you can start taking steps towards getting it.

3. Know your skills. You will be happiest when you are spending the majority of your time doing what you are most competent at and also enjoy most.

4. Know your ideal environment. Is the organisation you work for aligned to your values? Does it align to what you stand for and does it motivate you to get out of bed in the morning and bring your best self to work each day?

5. Seek the support of a coach or mentor to help you develop a path towards a more fulfilling and rewarding career.