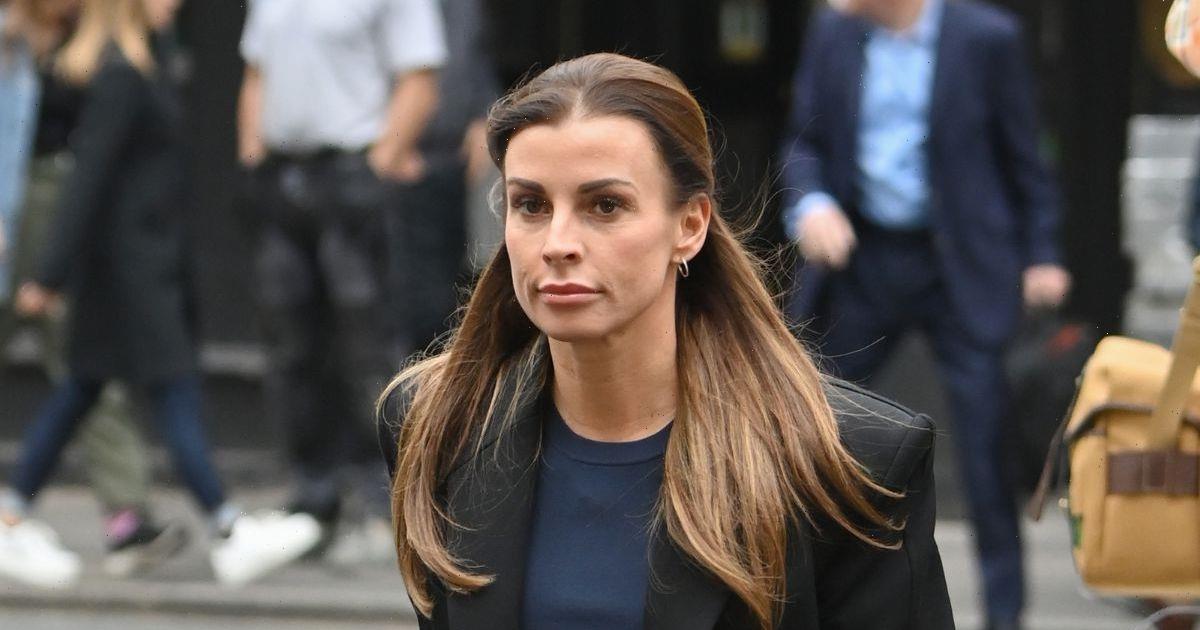 Rebekah Vardy and Coleen Rooney's libel trial is set to cost over £1 million in legal fees – and the two ladies have also splashed even more cash on designer wardrobes for the High court battle.

Coleen, 36, was first to arrive at the central London court for day one of the trial on Tuesday morning, and was flanked by husband Wayne Rooney as she made her way into the building.

The mum-of-four sported a navy top and a chic black suit, featuring a tailored jacket with bold shoulder pads. The garment is by well-known designer Mugler, and comes with a hefty £1,565 price tag.

For all the latest celebrity news – including their style secrets! – sign up to the OK! Daily Newsletter.

Coleen also splashed out on the accessories completing the look, sporting one blue Gucci mule and a grey medical moon boot on her left leg due to injury, and two black bags; an oversized one and a smaller crossbody style. The slip-on style shoes are no longer available to buy, but previously cost an equally staggering £520.

Moments later, Rebekah stepped out of her car wearing a sophisticated and elegant ensemble, sporting a navy blue shirt dress with white buttons.

The look, which could be straight out of Kate Middleton's wardrobe, is from designer brand Edeline Lee.

The midi dress retails for a whopping £890 and comes with a built-in belt.

These shoes don't come cheap either, with a £650 price tag.

The whole ensemble was kept simple, as Rebekah opted to style her dark hair back in a sleek up-do, completing the look with square sunglasses.

Coleen's husband Wayne made sure to show his support for his wife as he dressed up for the occasion sporting a white shirt, black tie and trousers along with a tailored grey blazer.

Rebekah is suing Coleen for libel in a trial that is set to last seven days. The saga began back in October 2019, when Coleen claimed her fellow WAG's Instagram account was linked to information about her being leaked to the press. Rebekah has always denied being responsible.