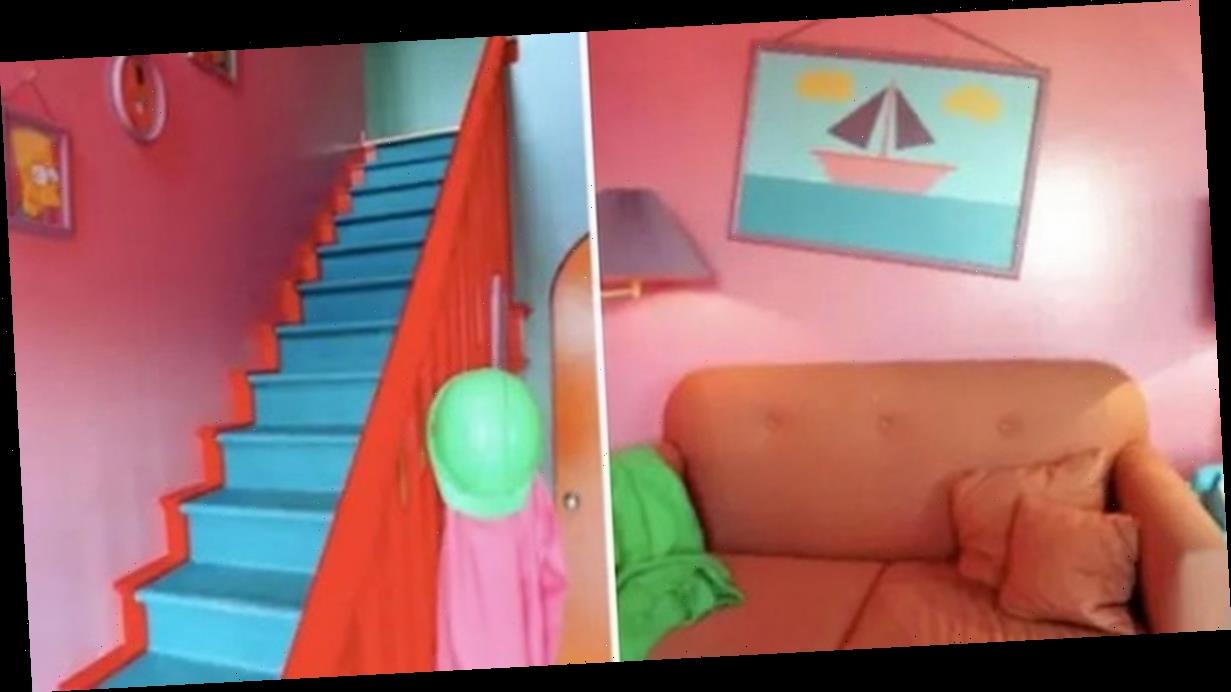 The cartoon abode, belonging to Homer, Marge, Bart, Lisa and Maggie, has been recreated by builders Kaufman and Broad on the streets of Nevada, US.

It boasts four bedrooms and two bathrooms – like the on-screen house. The orange home also has The Simpson family's infamous bay windows and driveway.

In the garden, there is also a replica of Bart's treehouse, as well as a barbecue and a swing set.

As well as the actual rooms and exteriors, the decoration is also on-point, matching the TV show.

Canny details include the orange sofa and lopsided boat painting on the wall.

There are also yellow and blue tiles on the kitchen floor, as well as purple kitchen cupboards and identical light fittings.

Two rooms were specifically honed in on the refurb, according to the designers. These were Bart's room and the living room.

However, the builders said they think the whole property replicates about 90% of what you see on the show.

They've even remembered little details, with a peanut butter and jelly sandwich presenter under Bart's bed and the miniature Duff beer cans dotted about the place.

The living room couch is also saggy (no doubt from Homer) and there are corn kitchen curtains.

The home is located at 712 Red Bark Lane in Henderson, Nevada, and was originally part of a competition, run by Pepsi and Fox.

Winner Barbara Howard decided to go for the cash instead, explaining she lived almost 2,000 miles away on a farm in Richmond, Kentucky, and needed the money to support her family.

She told LA Times at the time: "Honey, I'd give my eyeteeth to pick up and move there, but my family being in the shape it's in, I can't."

Thousands of people viewed the property after, with queues as long as two hours at a time when it first opened to the public.

The house was eventually sold to Danielle – a secretary at Kaufman and Broad, who repainted much of the property and repaired the ware and tear from all the visitors it had welcomed.

"They had put in flooring, but the paint was original, so no two touching walls were the same colour," she told Mental Floss.

"The master bedroom had a lavender ceiling, pink moulding, and four different-coloured walls. It was like being in a Crayola box."

Danielle says she sometimes get visitors to her home, and always keeps the doors locked.

However, she acknowledged that it was just part and parcel of living in the iconic property.