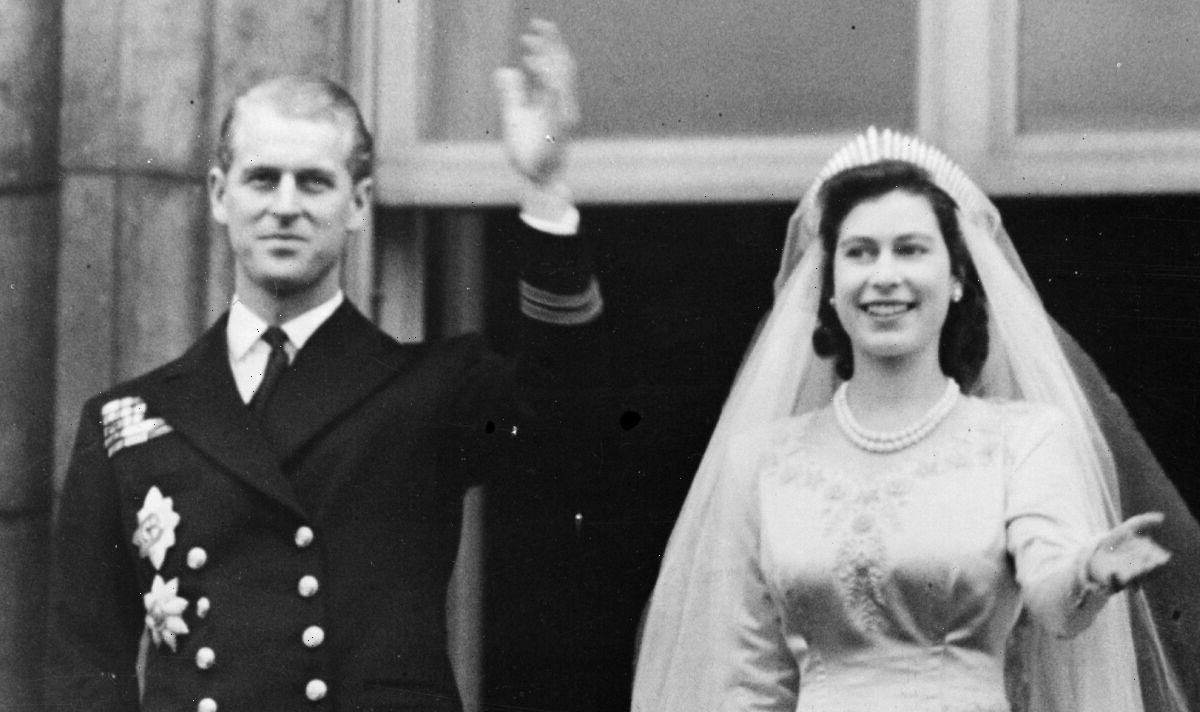 Queen Elizabeth and Prince Philip’s wedding took place at Westminster Abbey on November 20, 1947. A royal wedding is often one of the events of the decade and something the British public will remember for the rest of their lives.

Due to the fact that royal weddings are usually broadcast to millions of people all over the world, it is vital the day goes off without a hitch.

When then-Princess Elizabeth married Lieutenant Philip Mountbatten on November 20, 1947, the day was incredibly beautiful. However, when the official photographs were taken, there was an awkward blunder.

An embarrassing mistake left the large group images looking noticeably different from the solo images. Then-Princess Elizabeth married Philip Mountbatten over 73 years ago in 1947 in a service at Westminster Abbey.

The famous wedding was recorded by BBC Radio and broadcast to 200 million people around the world.

The couple were given the titles of The Duke and Duchess of Edinburgh, The Earl and Countess of Merioneth and The Baron and Lady Greenwich.

Following the service, the couple were whisked through the streets of London and made their traditional appearance on the Buckingham Palace balcony.

Like with any royal wedding, the taking of official photographs is an essential part of the day. The only issue was that Princess Elizabeth had mislaid her bridal bouquet, meaning her hands were notably empty in the large group pictures.

However, the late Queen and Duke of Edinburgh had a genius resolution to their problems which they did during their honeymoon.

To resolve the issue, during their honeymoon, the couple put their wedding clothes back on and posed for their individual pictures again, with a replica of the original bouquet.

This meant the royal couple could look back at their wedding photos and see group poses as well as solo poses, both containing the gorgeous floral bouquet.

Royal wedding florist, David Longman, shared the story behind this surprising turn of events during the ITV documentary “Invitation to the Royal Wedding”.

He said: “If we go back to the Queen’s wedding in 1947, when you look at the state photographs of all the bridesmaids and the royal guests, and there is the Queen without a bouquet.

“It got lost. So in the middle of their honeymoon they had to get dressed up again in their wedding clothes and my father had to provide another bouquet for those photos.”

“This mishap ended up paving the way for future royal weddings”, as David later said.

He added: “To ensure this mistake never happens again every royal bride now has two bouquets, just in case someone accidentally puts it down and forgets about it.”

Queen Elizabeth II had a beautiful bridal bouquet made from three types of British-grown orchids: white cattleya, odontoglossum and cypripedium.

The striking, free-flowing floral arrangement was especially spectacular amidst the post-war period of austerity, where small, modest bouquets were the norm.

While many royal weddings come with an enormous price tag nowadays, the late Queen and Prince Philip’s nuptials are remembered for being almost the opposite.

As their wedding took place so soon after the end of World War Two, the country was still financially recovering.