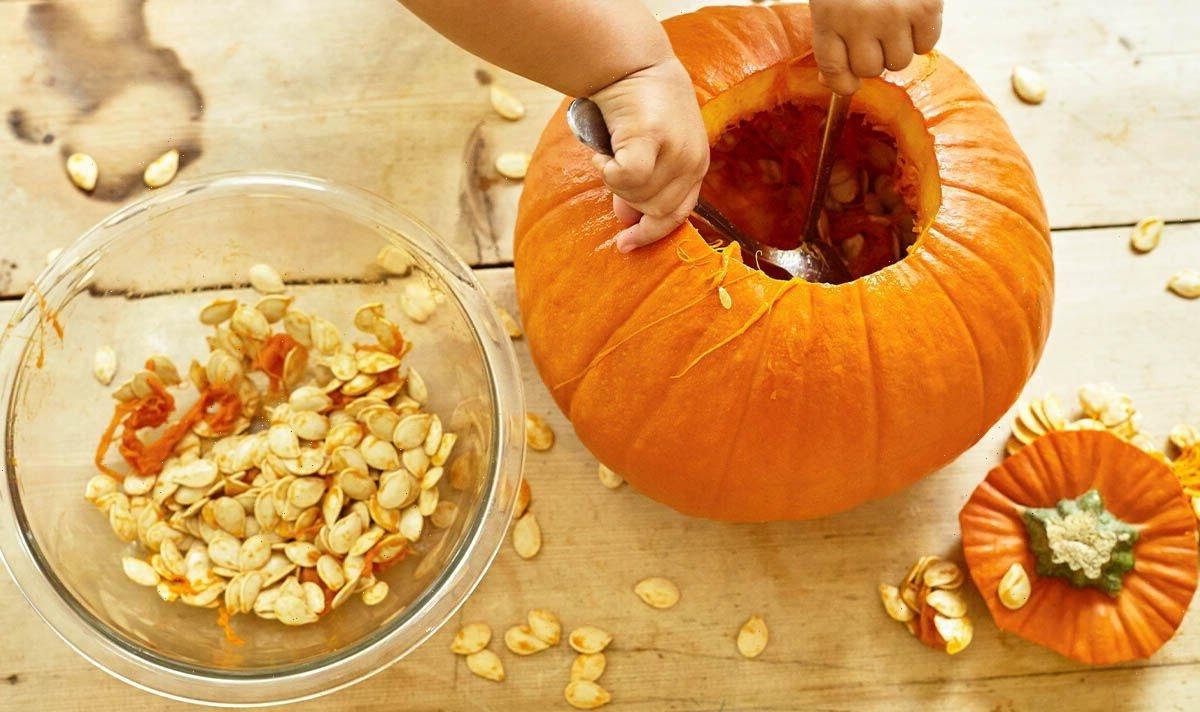 Pumpkins are easy to get hold of during autumn when they come into harvest, but carving them isn’t always as straightforward. While a large spoon is a go-to tool for scooping out the stringy pulp, a life hacks expert has shared a much easier way to do it. The TikTok user explained that using a whisk is an “easier way” to create a hollow pumpkin ready for carving.

While sitting down, the grandmother-of-eight used an electric hand whisk to blitz the inside of a sliced pumpkin resting on her lap.

In one swift motion, the popular TikTok user moved the whisk around the perimeter of the vegetable while the whisks churned up the pulp.

She said: “I’m going to remove all those nasty strings the easier way.”

After turning the whisk off and lifting it from the pumpkin, she revealed the neat, hollow core.

The whisks were covered in stringy flesh, leaving the inside of the vegetable almost completely clear.

As she spooned out the dregs of the pumpkin, @brunchwithbabs explained that the mixer “did the hard work of loosening all those strings”, making the pumpkin much easier to carve.

She added that the hack “literaly cuts the job in half”.

In the same video, the self-proclaimed life hacks expert shared several other “do’s and don’ts” of pumpkin carving.

One of her other clever hacks was to cut the bottom of the vegetable instead of the top.

This makes scooping the inside out much easier as the base is usually larger than the end with the stork on.

For clean cuts, the TikTok user recommended swapping knives for two other tools.

She said: “If you don’t want to struggle using a knife to carve your pumpkin, just use a soft-headed mallet and your cookie cutter.”

Place the cutter on top of the outline of your design and “push it right through” using the mallet.

A few gentle taps are all you need to remove chunks of your pumpkin and craft the perfect design.

Sprinkle the core with cinnamon

The smell of a fresly carved pumpkin isn’t the most pleasant, but it is easy to fix.

According to “Babs”, a sprinkle of ground cinnamon is all you need to mask the aroma.

While placing the carved pumpkin, she said: “Try sprinklin some cinnamon right on the top, and over the candle it goes.”

Ginger or mixe spice will also improve the fragrance of your “Jack-O-Lantern”.