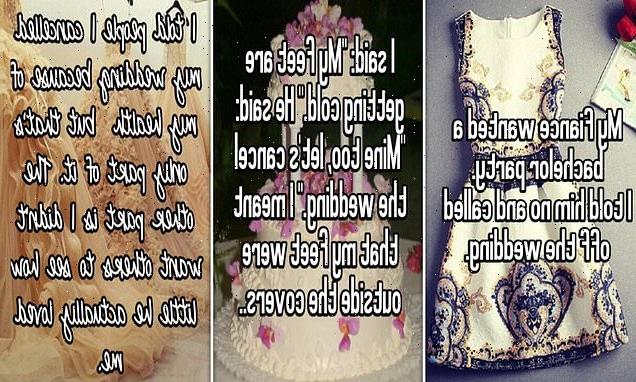 Saying I DON’T! Would-be brides reveal the shocking reasons why they cancelled their weddings – from a groom wanting a stag do to falling in love with someone else

Many people dream about their weddings from childhood, excited for the glamour and marrying the person of their dreams.

But planning a ceremony can be stressful and often pushes people to their limits as they try and finetune the details, including finding the perfect dress.

And now people from around the world have taken to anonymous sharing app Whisper to reveal the scandalous reasons why things went very wrong and they cancelled their nuptials.

One person said their marriage was cancelled because their fiancé wanted a stag party… and she told him no and called off the wedding.

Another shared that she was in love with someone else so simply could not say ‘I do.’

Here, FEMAIL shares some of the wildest confessions…. 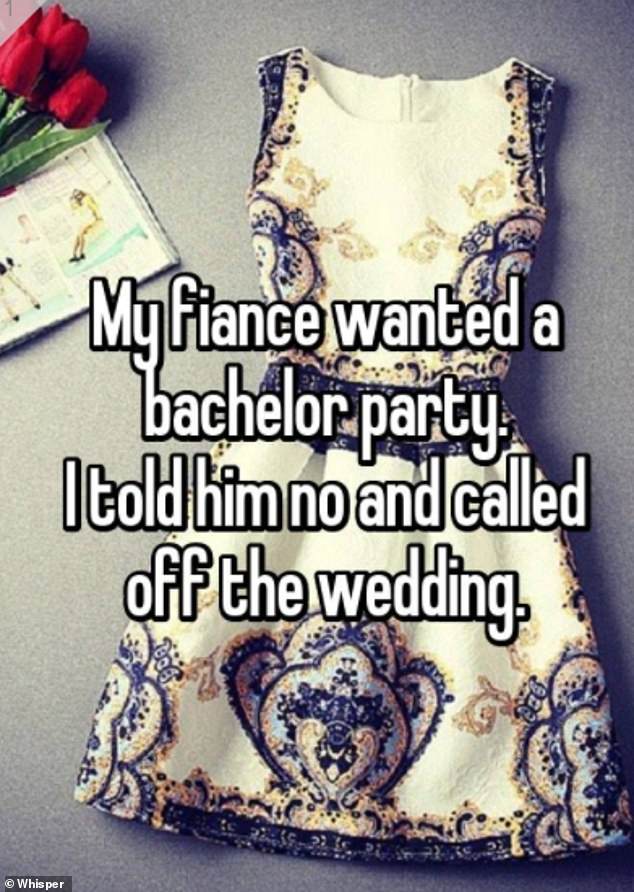 Bit harsh! Bridezillas from around the world have taken to anonymous sharing app Whisper to reveal the outrageous reasons why they cancelled their nuptials. This jealous American bride-to-be called off the whole wedding after discovering that her fiancé wanted a bachelor party 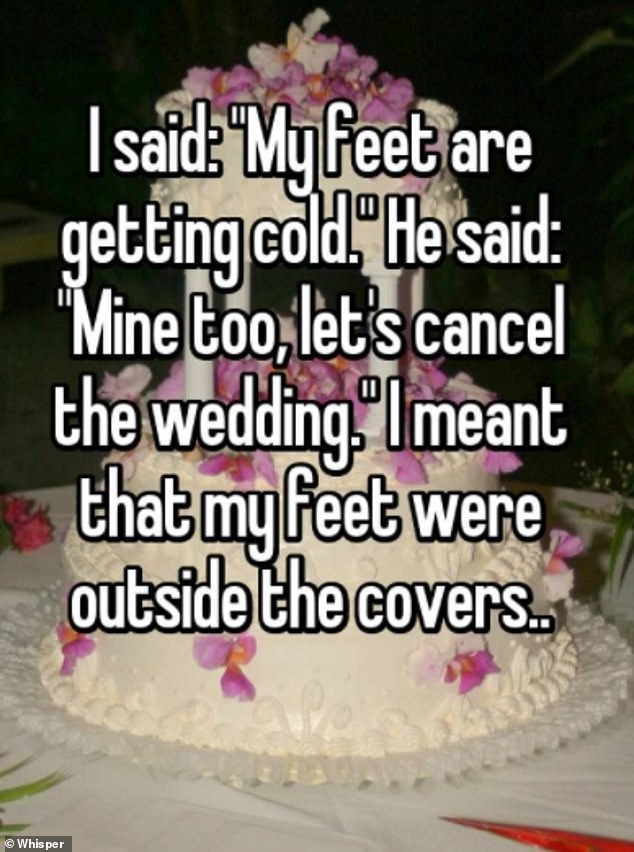 Oh no! Another woman, from an unknown location, revealed how simply telling her partner she had ‘cold feet’ while in bed lead him to admit he was having doubts about their marriage 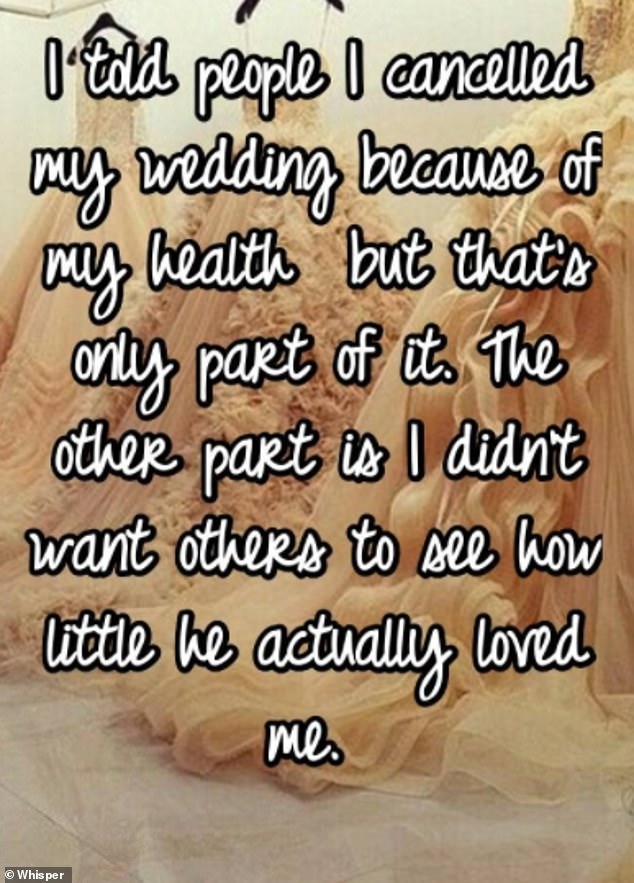 Sad truth: This bride-to-be from Pennsylvania, decided not to marry her fiancé because she had realised how unhappy their relationship actually was 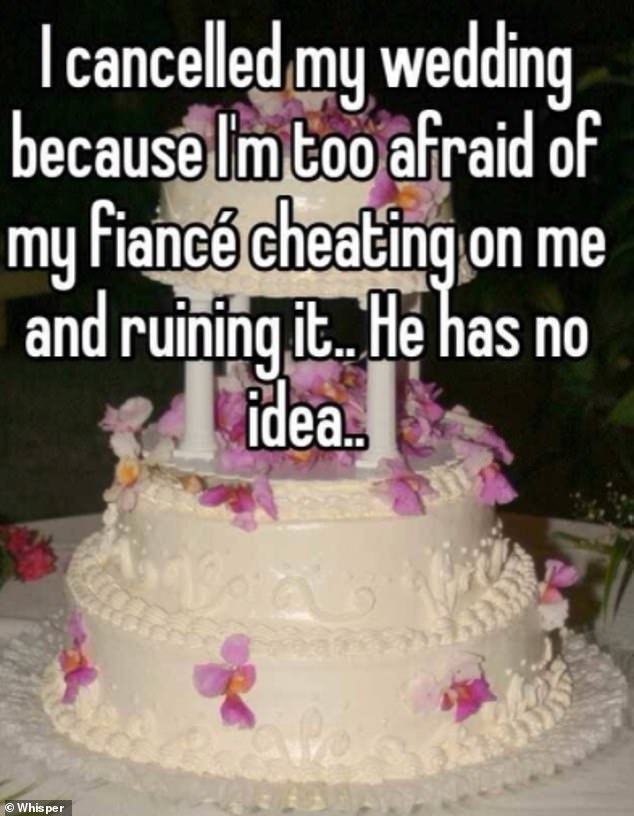 Dark secrets! Another user from California, confessed that they decided not to say ‘I do’ because they did not trust their fiancé and thought they would cheat 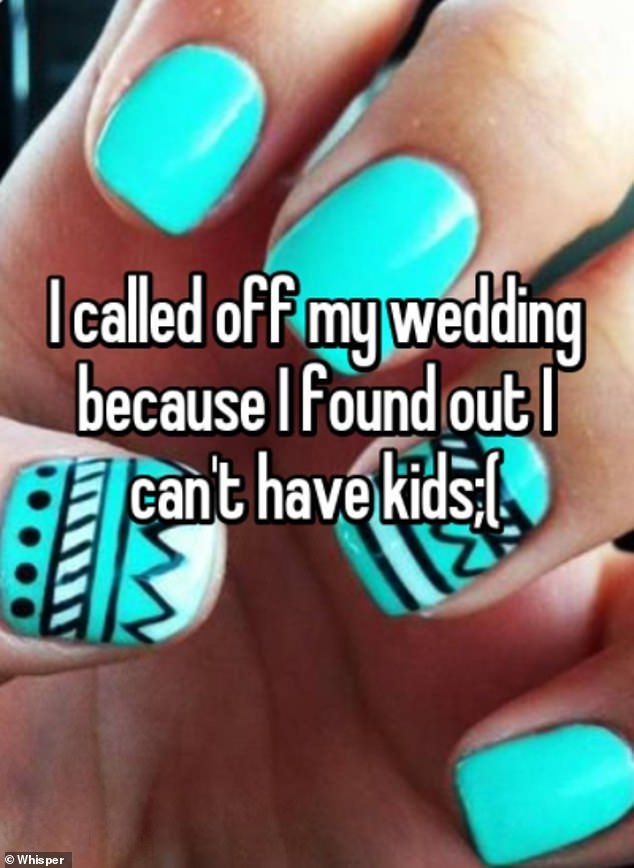 Drastic: A bride, from California, took the huge decision of calling off their nuptials because they could not have children 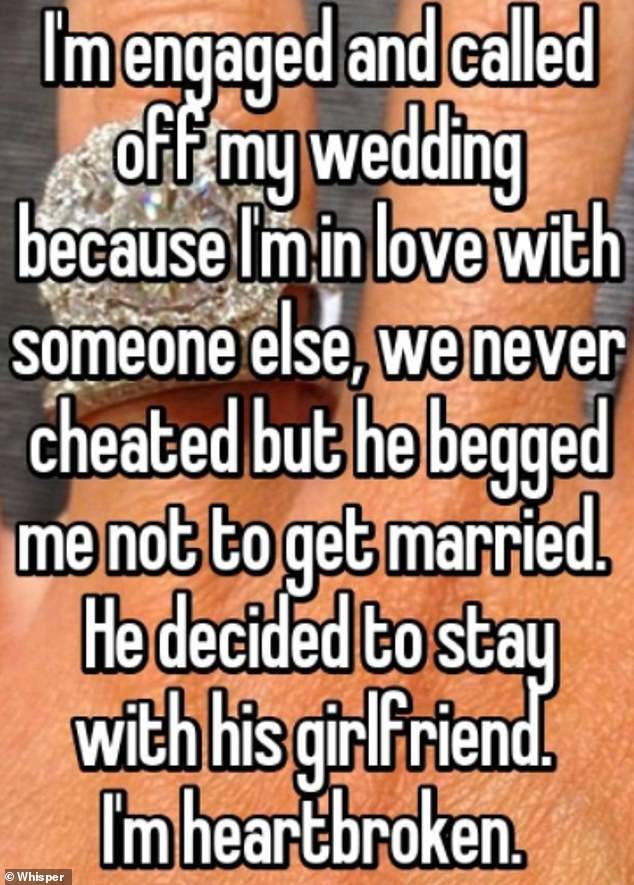 Karma? A different person opted not to marry their fiancé because she fell in love with someone else. But after her huge life decision, they unfortunately stayed with their girlfriend 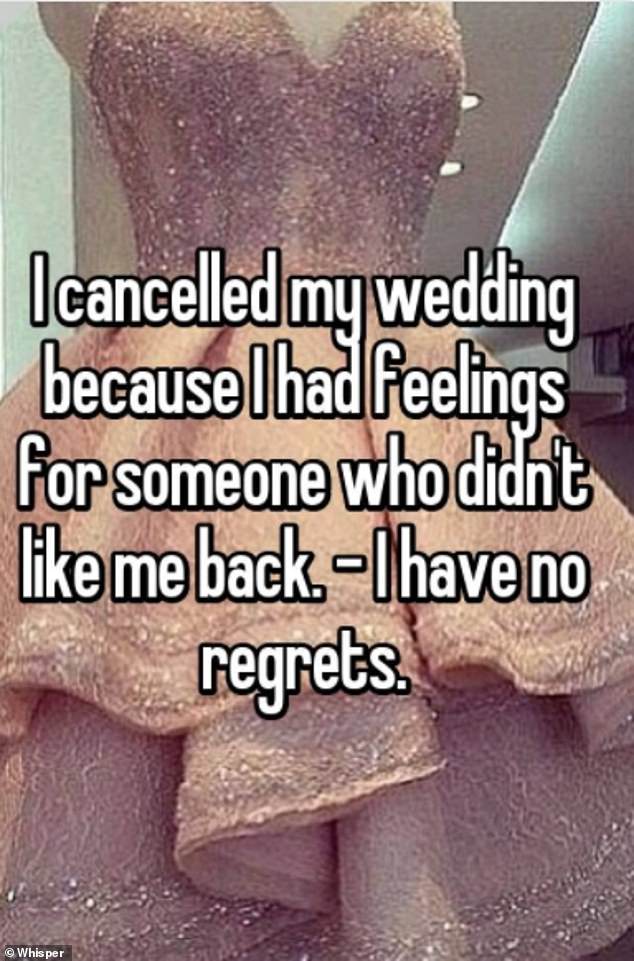 Not her true love! This bride-to-be called off her big day after realising she had feelings for someone else 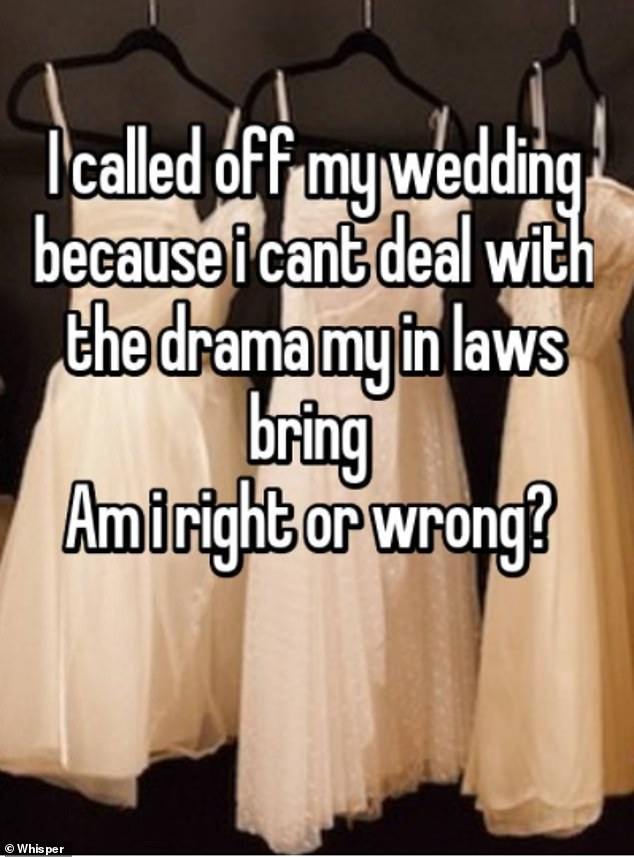 Marrying their family! A separate Whisper commenter confessed that they chose to end things with their fiancé because they disliked the in-law drama 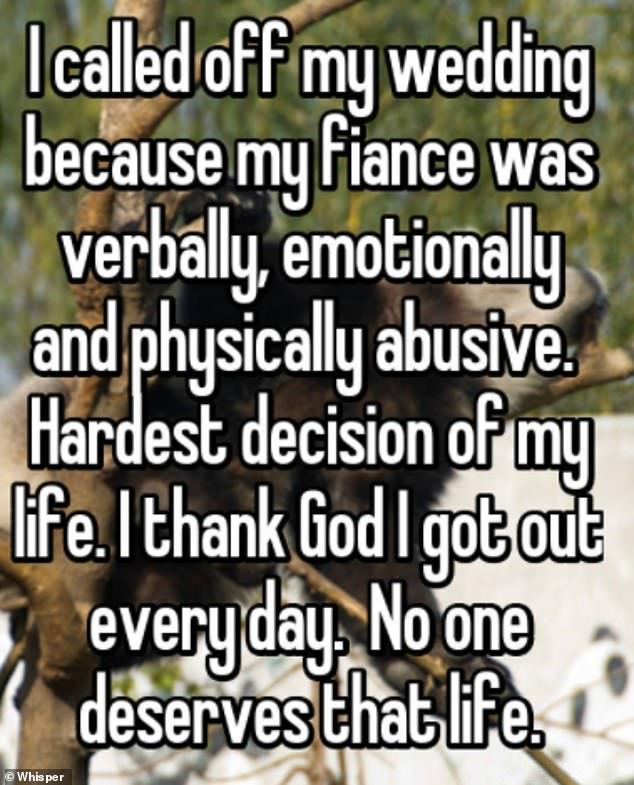 One bride said she left her partner because he was ‘verbally, emotionally and physically abusive’  – revealing she hasn’t looked back since 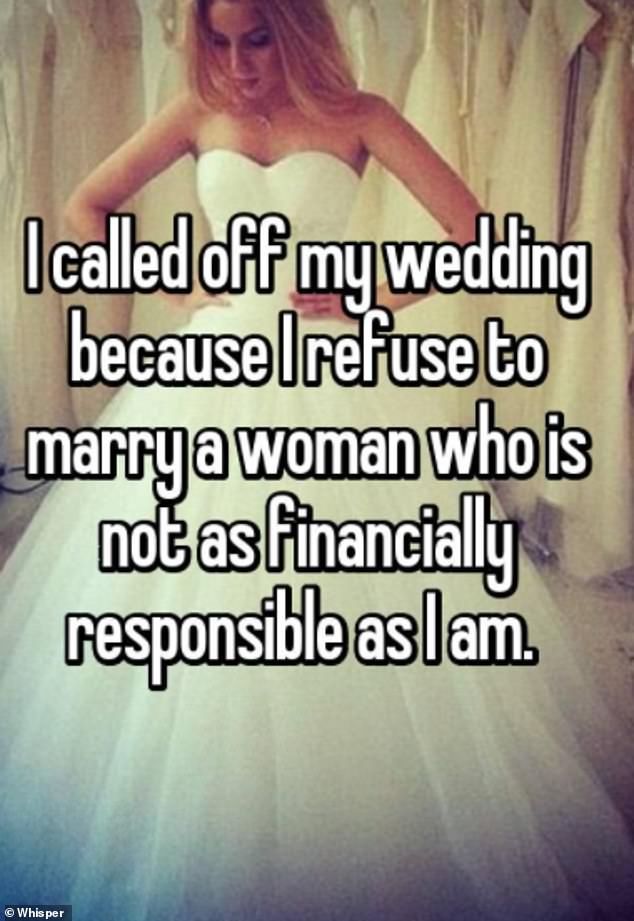 Money worries! Another woman revealed she cancelled her wedding because she had concerns about the way her partner handled their finances 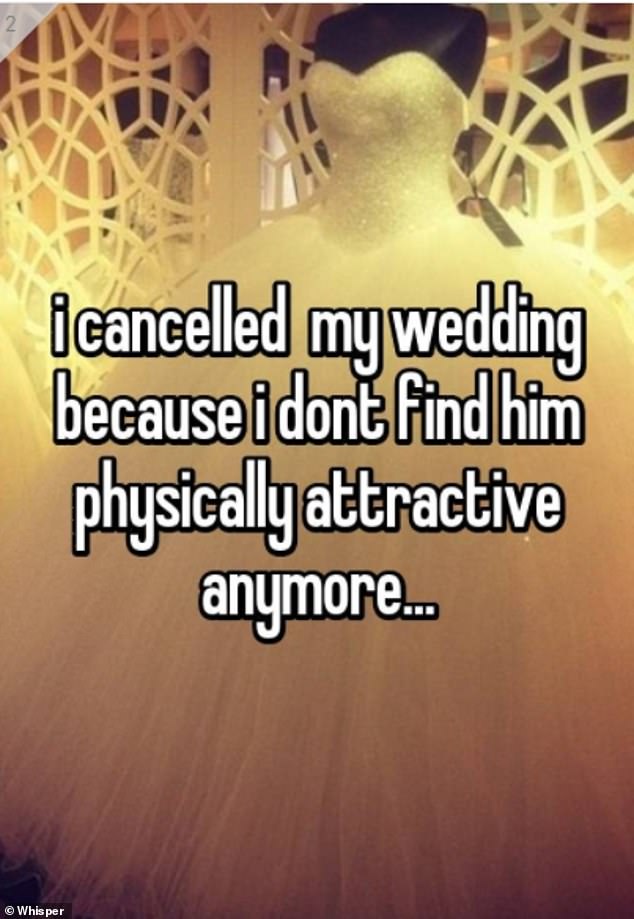 Another person, from Hualapai, was bold enough to admit they were calling off their wedding because they didn’t fancy their partner 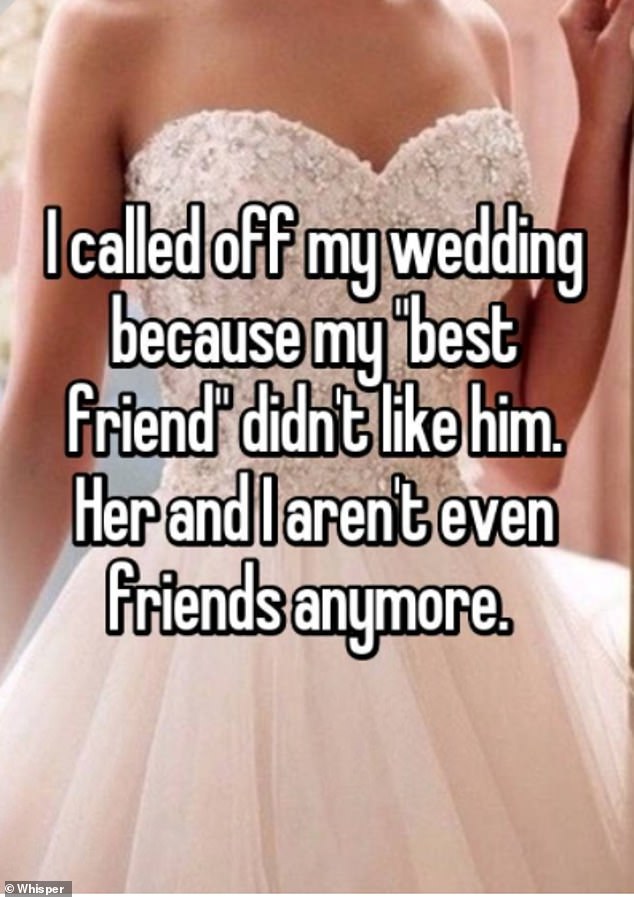 Another woman, from Virginia, confessed she decided to cancel her wedding because their friend did not like their fiancé – but said the two aren’t even close anymore 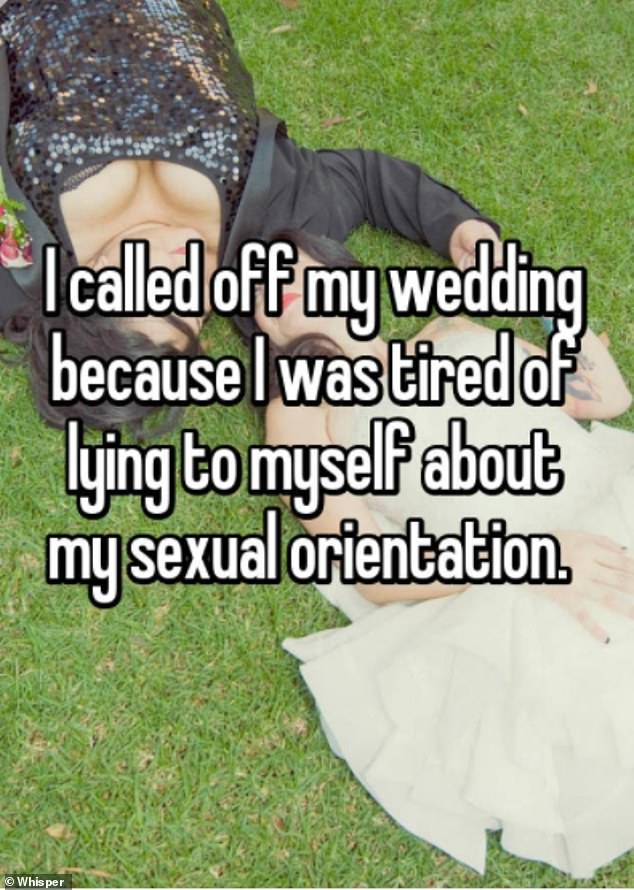 Accepting herself! Another bride revealed she called off her wedding because she realised she was tired of ‘lying to herself about her sexual orientation’ 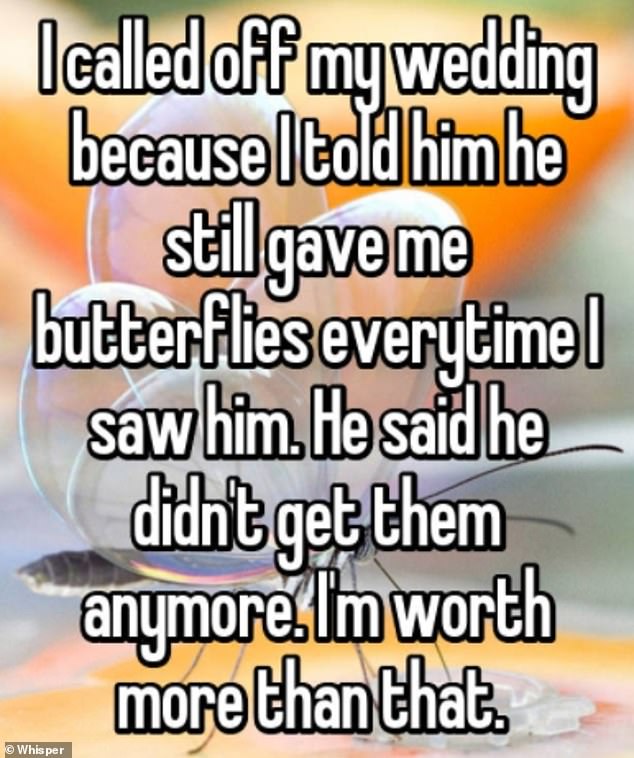 Cruel! One person called their wedding to a halt as they expressed their love to their fiance by saying they still got butterflies when they saw them… the feeling was far from reciprocated by their significant other