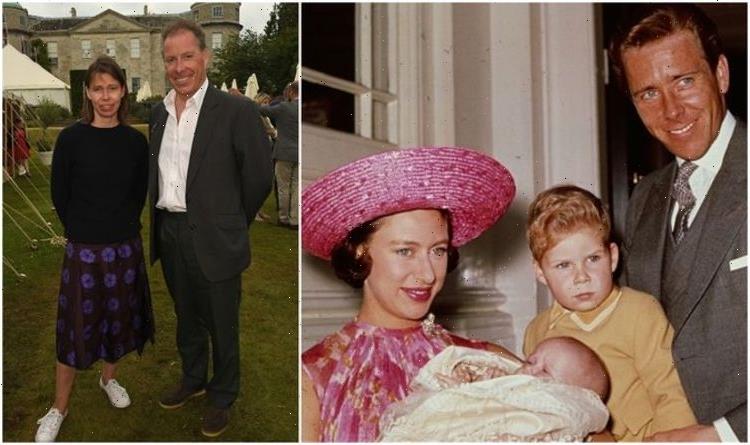 The two royal children were raised in the nursery of Kensington Palace, Apartment 10, as the niece and nephew of Queen Elizabeth. David Armstrong-Jones, the 2nd Earl of Snowdon, was born on November 3, 1961 and grew up with the title Viscount Linley.

Now known as David Linley in his professional name, the Earl of Snowdon is an English furniture maker.

As of June 2021, David is 24th in the line of succession to the British throne but first cousin to the future King of England, Prince Charles.

David opened a workshop in Dorking, where he designed and made furniture for three years before setting up his own company Linley where he makes and sells bespoke furniture.

In the past, David has also dabbled in the restaurant business, having established a restaurant called Deals in Chelsea, London.

According to Princess Margaret’s biographer, Theo Aronson, David was talented at networking so was successful in getting people to come to his restaurant.

In 2018 David became a candidate in a by-election for the House of Lords.

However, he later withdrew from consideration for the seat. According to The Guardian, his candidacy had “raised eyebrows” due to his relation to the Royal Family.

Charles is currently studying Product Design Engineering at Loughborough University, and Margarita is a jewellery maker. David and Serena later separated in February 2020.

From 2000 until 2002, David, Serena and Charles lived at Kensington Palace with his mother, Princess Margaret during her final years.

In 2011, Margarita Armstrong-Jones was a bridesmaid at the wedding of Prince William and Kate Middleton.

Lady Sarah Chatto was born on May 1, 1964, and is currently 27th in line to the throne, as of August 2021. She is a godmother to Prince Harry and Lady Louise Windsor.

Both David and Sarah praised their father growing up, who was comparatively a hands-on parent for the time, teaching them to build things and be creative, according to Aronson.

Their parents’ marriage was tense, and the couple formally separated when Sarah was 12 and divorced when she was 14.

She and her brother spent weekends, depending on with which parent, at either Nymans or Royal Lodge.

Lady Sarah was a bridesmaid at the wedding of her cousin Prince Charles and Princess Diana.

She also accompanied her mother and brother on an official visit to China and Hong Kong in May 1987. Sarah studied art at the Royal Academy Schools and has been exhibiting her work at The Redfern Gallery since 1995.

She is vice-president of The Royal Ballet, taking on the appointment after the death of her mother.

Lady Sarah met Daniel Chatto during a sabbatical in India with her father in the 1980s. The couple married on July 14 1994, with Zara Phillips acting as a bridesmaid.