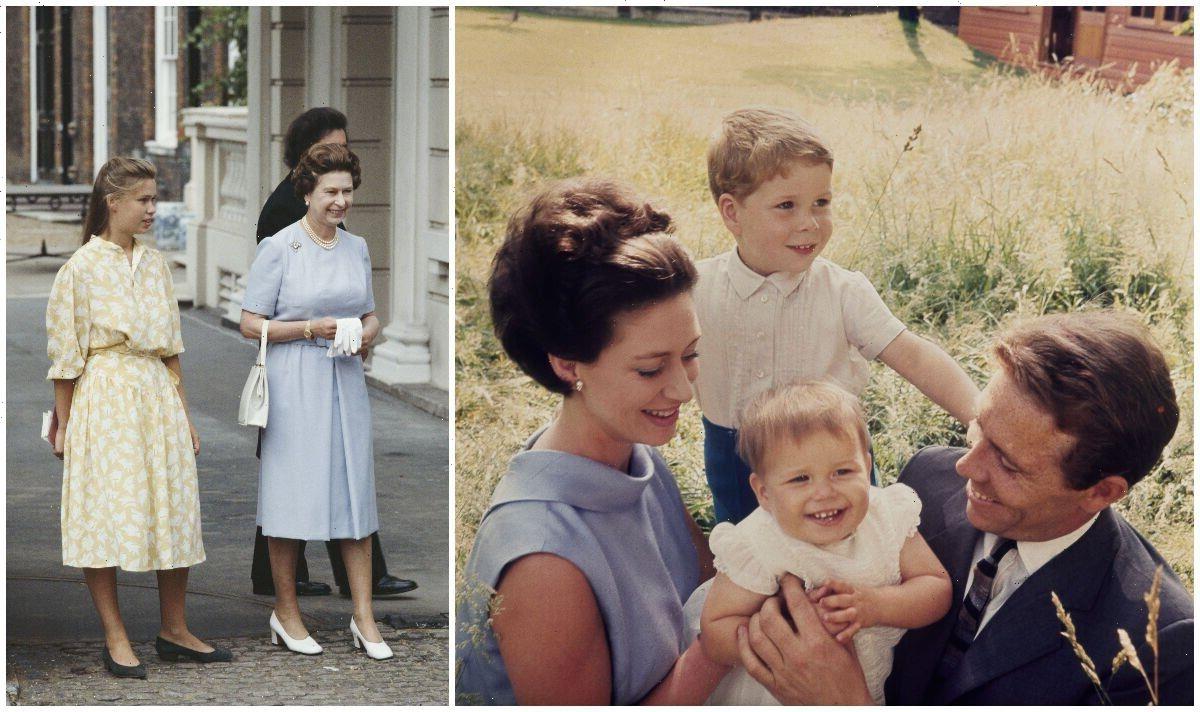 Princess Margaret was a mother of two children, David, 2nd Earl of Snowdon, 60, and Lady Sarah Chatto, 58. Lady Sarah has been a key fixture at this year’s Royal Ascot, even paying a sweet tribute to her late mother by wearing her earrings. But what was the relationship between Princess Margaret and her children?

Margaret and Antony Armstrong-Jones were married in 1960, and by the time their marriage was dissolved 18 years later, the Queen had reportedly become a very supportive aunt to her young niece and nephew.

The young children spent many weekends and holidays with their ‘Aunt Lilibet’.

Sarah Bradford, a royal biographer, appeared in the Channel 5 documentary ‘How the Queen handles tragedy and scandal’, where she spoke about Margaret as a parent.

She said: “The Queen dotes on Princess Margaret’s children, especially Lady Sarah who is just a favourite niece. She was a very loving aunt figure, and very proud of Lord Linley.”

Lord Linley was David Armstrong-Jones’ former title before his father sadly died in 2017.

Ms Bradford continued: “I think one of the Queen’s courtiers said to me that sometimes those young children thought the Queen was their mother because she’d always take them up to Balmoral with her when Princess Margaret and Lord Snowdon would go on their summer holidays to Sardinia or to Tuscany.

“She was very much a stable figure in their lives and she loved them very much.”

Princess Margaret reportedly told the Queen before her death: “I may not have achieved very much — but I at least feel my life has not been wasted, because I have produced two happy and well-adjusted children,” according to the Daily Mail.

She reportedly did not take to motherhood at first, having little interest in small children, therefore leaving their early care to their Nanny Sumner.

As David and Sarah grew up, their mother began taking a more active role in their lives.

David previously recalled how his mother insisted that her children weren’t royals.

“I’m not technically royal. To quote my mother’s fabulous observation: ‘My children aren’t royal, they just happen to have the Queen as an aunt.’

“Someone did once bow to me, and my mother immediately told them off.

“Although whether she was prompted by the breach of protocol or the fact I enjoyed it a little too much, I really couldn’t say,” he told The Telegraph in 2011.

Princess Margaret reportedly encouraged her children to follow their passions and embrace the arts.

David said his mother would often take him and his sister to antique shops, a tradition he’s carried on with his children.

The Princess was also committed to showing her children what her work life was like, and she would take them along to some meetings and factory visits.

Her encouragement paid off as both of her children grew up to be artistic, and now lead relatively normal lives outside the limelight.

David and Sarah have ensured their mother lives on through a charity they started in her name, the Princess Margaret Fund, which supports stroke research.

“I loved being around my mother. In the house were very interesting people from all walks of life, there was creativity and music.

“She played the piano by ear, and at Christmas, she held the Sacred and Profane buffet and people would play,” David said in a 2018 Alain Elkann interview.