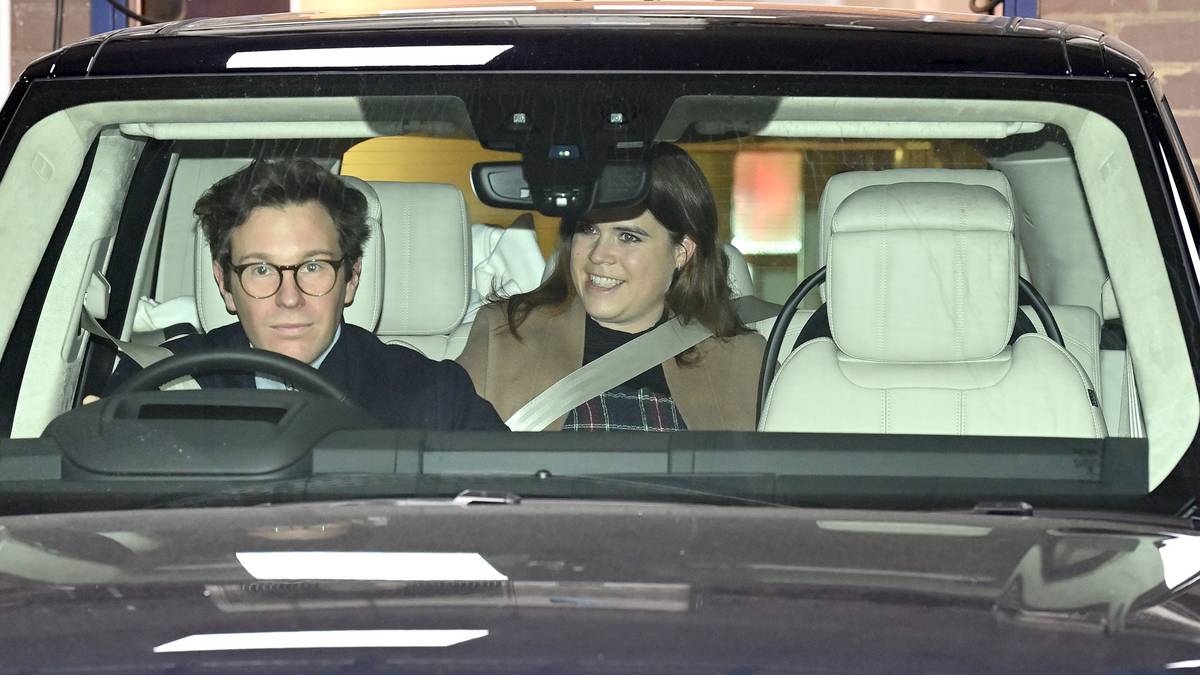 New parents Princess Eugenie and Jack Brooksbank have left the Portland Hospital with a new addition to their family.

Just a few days ago, Eugenie, 30, gave birth to her first child, a healthy baby boy.

The princess flashed a smile to photographers as they were spotted leaving the hospital.

Eugenie released an intimate photo on social media after the birth, showing the proud parents holding their son’s tiny hand.

It’s unclear whether the couple were heading to Prince Andrew’s Windsor home or Frogmore Cottage, where they spent the final weeks of pregnancy in lockdown.

The baby boy is Eugenie and Brooksbank’s first child and Andrew and the Duchess of York’s first grandchild.

As the baby is 11th in line to the throne, they won’t get a royal title as only Queen’s grandchildren automatically get one.

The baby still has not been named.

The Queen announced news of the birth, saying the family were “delighted”.

Eugenie and Brooksbank were married in 2018, seven years after she and the successful wine merchant began their relationship.

Brooksbank was offered a title by the Queen before their marriage, but declined.