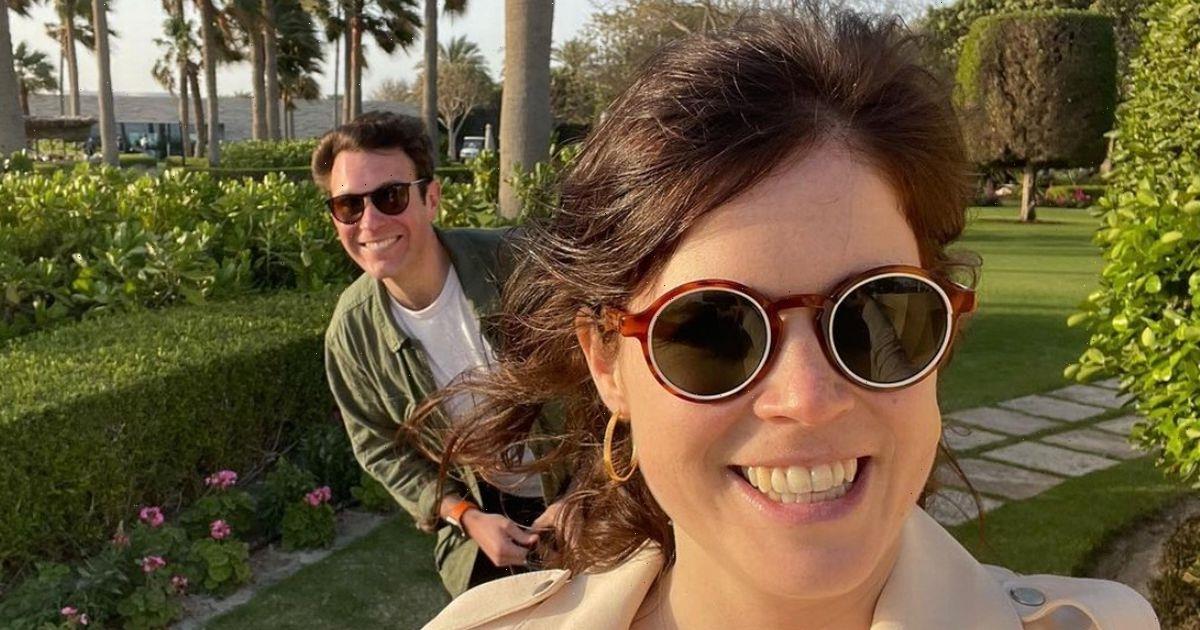 Princess Eugenieispregnant with her second childwith husband Jack Brooksbank, announcing the happy news with a sweet family photograph of her son August kissing her bump.

Expecting the new addition to their family in a matter of months, Eugenie wrote: “We’re so excited to share that there will be a new addition to our family this summer.”

Buckingham Palace said the royal family was “delighted” and that August was “very much” looking forward to becoming a big brother. The couple welcomed their first child, August Philip Hawke Brooksbank, on February 9, 2021.

The unborn child will be born 13th in line to the throne and will be a plain Miss or Master. He or she will be the first of the Queen’s great-grandchildren to be born since her death, and will arrive in the King’s coronation year.

The expecting parents met while skiing in the Swiss resort town, Verbier, where Eugenie’s parents own a home, and started dating long-distance when Eugenie had to move to New York City for her career working at an online auction house. The couple dated for seven years before Jack popped the question whilst on holiday in Nicaragua.

In an interview with the BBC following the news of their engagement, Eugenie revealed: "We met when I was 20 and Jack was 24, and fell in love. We have the same passions and drive for life. It's so nice that we get to share this moment with everyone, and you get to meet Jack."

The happy couplemarried at St. George's Chapel in Windsor Castle on October 14, 2018 , the same venue that hosted her cousin Prince Harry's wedding to Meghan Markle earlier that same year.

According to theTelegraph, Jack is descended from the Brooksbank baronets, a title just below baron. In fact, Eugenie's mother, Sarah, Duchess of York, is the great-great-granddaughter of Lady Julia Coke, who is also the daughter of Jack's great-great-grandfather, Thomas William Coke, the Second Earl of Leicester.

That makes the couple third cousins once removed, exactly like Eugenie’s grandmother the late Queen Elizabeth II and Prince Philip, who are also third cousins.

Growing up, Jack’s parents worked as an accountant and a company director and sent him to the private Stowe school in Buckinghamshire.

Jack forged out a career in hospitality, at one point managing the London nightclub Mahiki and working at the UK Brand Ambassador for Casamigos Tequila – the liquor brand founded by George Clooney and his friends Rande Gerber and Mike Meldman.

Now the couple split their time between the UK and Portugal as part of Jack’s job with Discovery Land Company, a development corporation owned by Mike Meldman.

The news has brought joy to the Windsors amid testing times following the publication ofPrince Harry’s controversial tell-all memoir.

Eugenie has been said to be "keeping a foot in each camp" in regards to the royal 'feud' involving her cousins, following his Netflix documentary, multiple interviews and his memoir Spare.