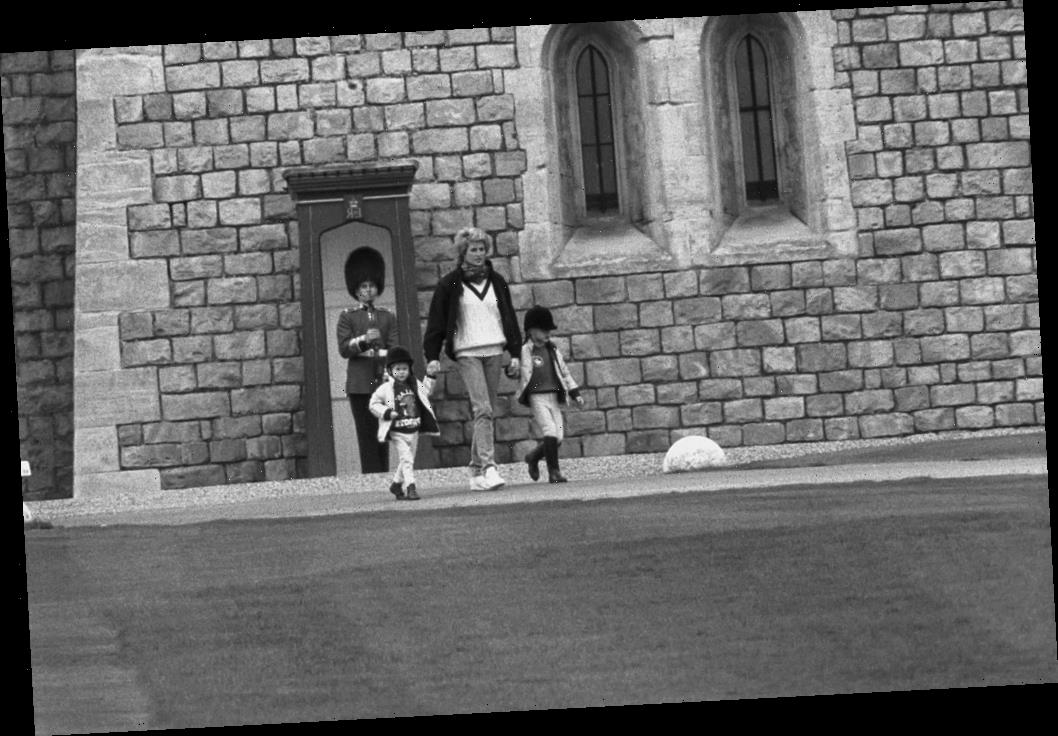 With Easter upon us, we’re taking a look back at how Diana, Princess of Wales spent Easter with her sons, Prince William, Duke of Cambridge and Prince Harry, Duke of Sussex when they were kids. Ahead, check out seven photos of William and Harry with their mom celebrating Easter.

In 1988, between official Easter celebrations with the rest of the royal family, Diana took William and Harry to ride a pony on the grounds of Windsor Castle. She can be seen below holding hands with William and Harry on April 2, 1988, who are decked out in helmets and boots ready for some fun. 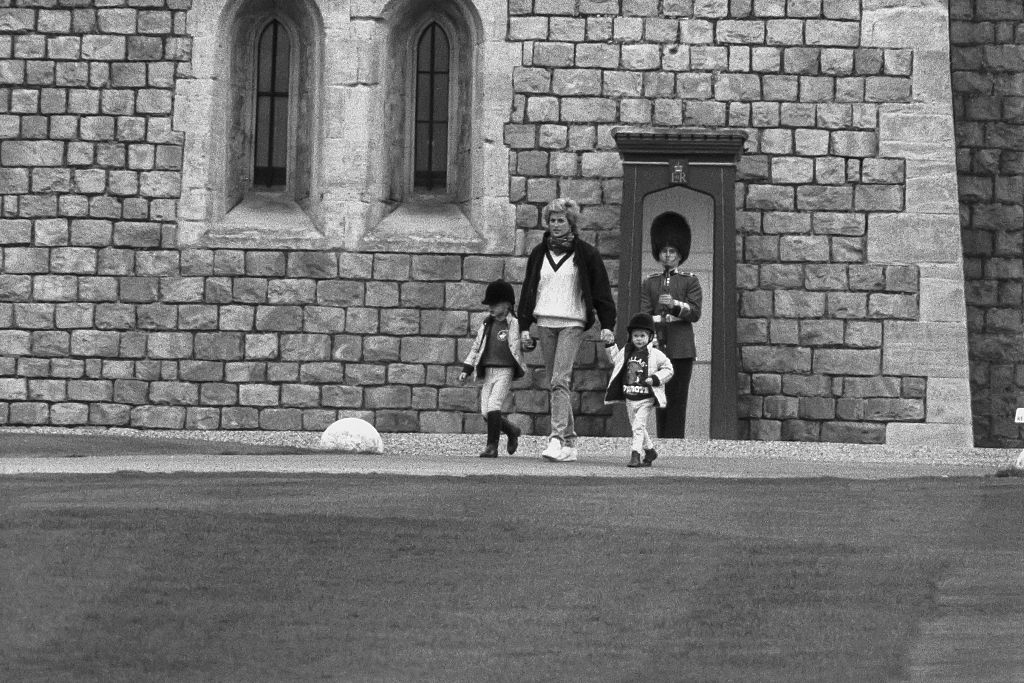 Here they are again walking on the grounds of Windsor Castle. Diana held little Harry’s hand while William walked beside them.

With a guard standing watch, Diana took William and Harry for rides on the pony. Here she is leading the pony along while Harry took a turn.

Sadly, there aren’t any photos of William riding the pony. But here’s another one of Harry.

They went skiing during their school’s Easter break

As William and Harry grew up, their Easter break activities shifted. Instead of pony rides, they took the time to participate in one of the royal family’s favorite sports, skiing.

In 1994, after Diana and Charles, Prince of Wales separated (they split in 1992 before officially divorcing in 1996), William and Harry spent Easter break skiing with their mom skiing in Lech, Australia, as they’d done years earlier as a family. Below see Harry, Diana, and William decked out in their ski gear on a chair lift.

They took a break from skiing to have lunch with friends. 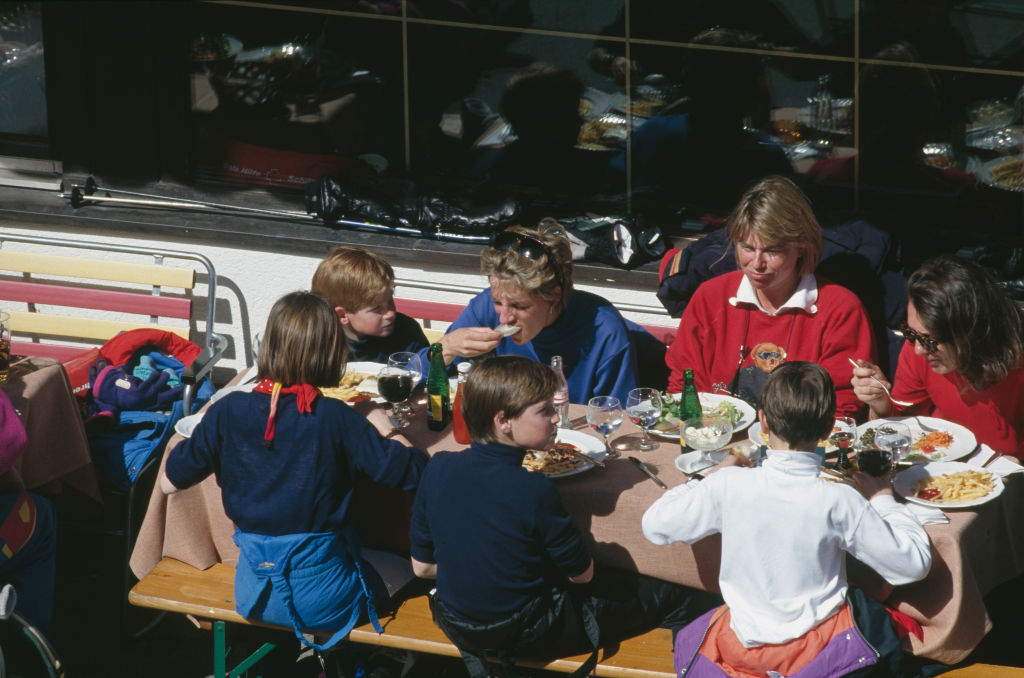 And they went for a ride in a sleigh snuggled up in blankets. 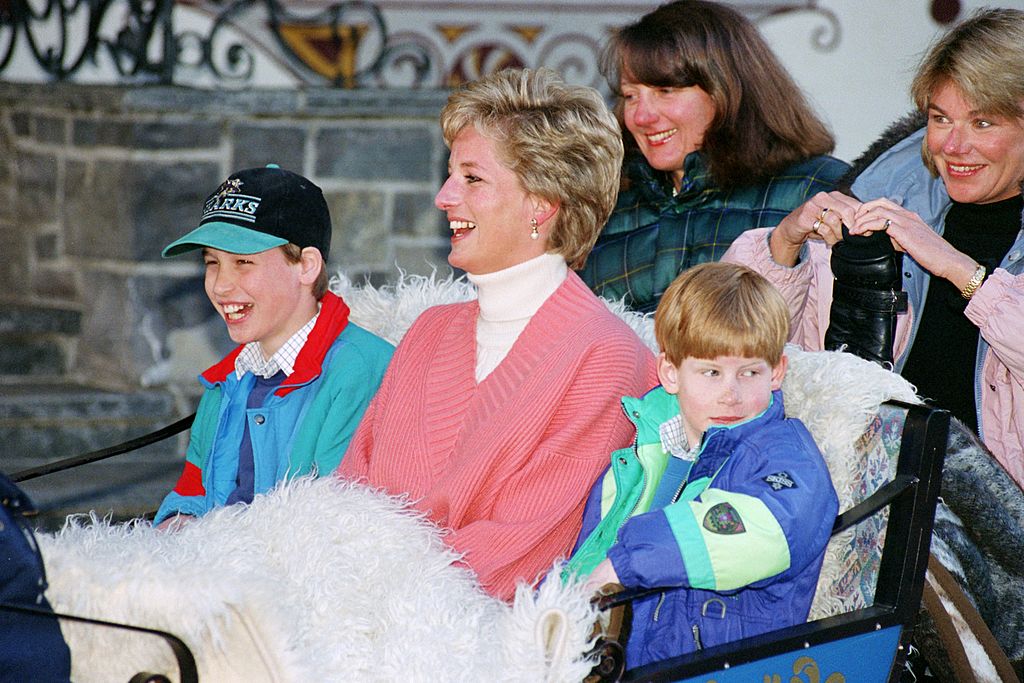 Traditionally, according to Hello!, Queen Elizabeth II and Prince Philip, Duke of Edinburgh stay at Windsor Castle for Easter. That’s why the pony rides for William and Harry took place there in 1988 because Windsor Castle is the royal residence where Easter festivities have been held.

On Easter Sunday, the queen normally attends a church service at St. George’s Chapel at Windsor Castle. Then she’s been known to spend the rest of the day marking the holiday privately with the royal family.

How the royal family is celebrating in 2020

Easter in 2020 is anything but normal for the royal family. With the coronavirus, the entire family will be celebrating separately. The queen is reportedly at Windsor Castle as she normally is this time of year but she won’t be celebrating Easter with her family or marking the occasion publicly as she’s traditionally done.

William and his wife, Catherine, Duchess of Cambridge are staying at their country home, Anmer Hall, with their three children, Prince George, Princess Charlotte, and Prince Louis. Thanks to a virtual meeting the Duke and Duchess of Cambridge had ahead of Easter we know a little bit about how they will spending the holiday. “There’ll be a lot of chocolate eaten here, don’t worry,” William said during the meeting.

As for Harry, he’ll be spending Easter with his wife, Meghan, Duchess of Sussex and their son, Archie Harrison Mountbatten-Windsor, at their new home in California.

No doubt William and Harry both have fond memories of spending Easter with mom. Now both with children of their own, they’ve likely planned fun Easter activities for their kids to do at home.