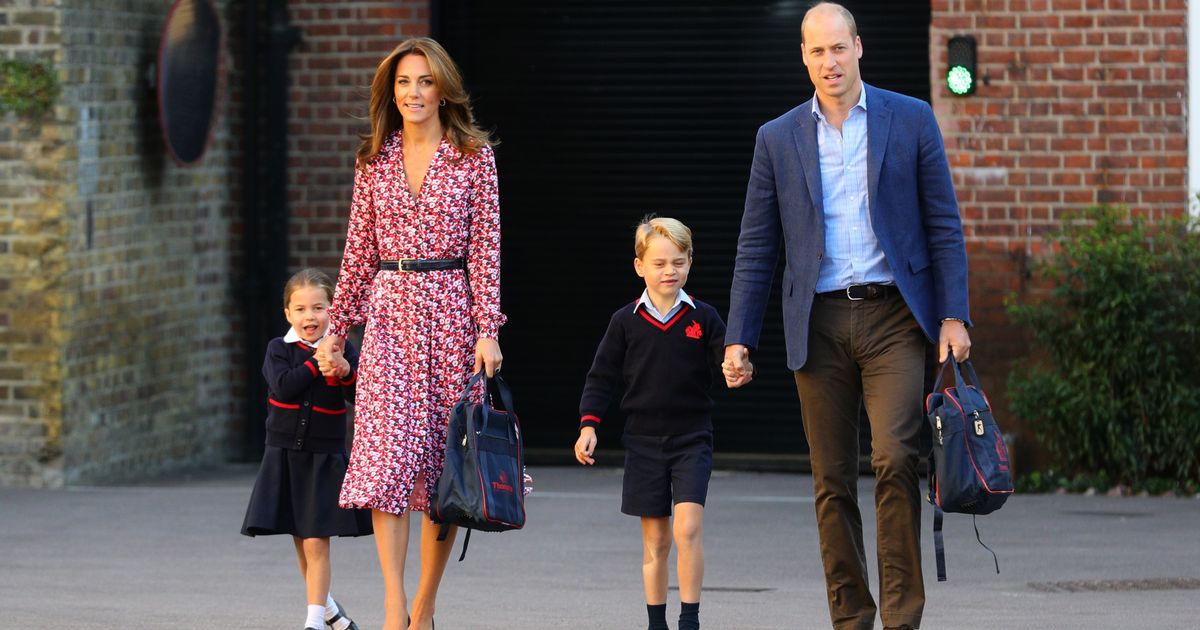 Princess Charlotte looked adorable in her brand new uniform as she arrived for her first day at school with her proud parents the Duke and Duchess of Cambridge.

The little royal was dressed in Thomas's Battersea's navy and red uniform as she walked through the gates this morning holding her mum's hand.

She arrived with mum, dad and big brother Prince George, who is already a student at the £6,305-a-term private school in London.

The Cambridge family were greeted by Helen Haslem, head of the lower school, and William told her his daughter was "very excited".

She played with her ponytail as her parents shook hands with Ms Haslem.

Charlotte, four, has been attending Willcocks Nursery in Kensington since last January but she's now making the exciting jump to big school.

It's an extra special day for Kate as she was forced to miss George's first day at school in 2017.

The Duchess was pregnant with Prince Louis when George started at Thomas's and was suffering from  hyperemesis gravidarum  , a severe and sometimes life-threatening illness which affects mums-to-be.

A small group of the media were invited to take photos of the special moment this morning.

George is said to be doing very well at the London school and he's reportedly just treated like a normal kid, so it's hardly surprising that Kate and Wills decided to send Charlotte there too.

An insider told  Vanity Fair : "He's very popular and has lots of friends, and there's very little fuss made about who he is.

"Either William or Kate do drop off, and they are always very friendly.

The parent also says that George has been given a cute nickname by his classmates – PG.

After Kate and Wills wave Charlotte off, she will join her new classmates, sit down at her new desk and get started with the private school's packed curriculum – which includes some very exciting subjects .