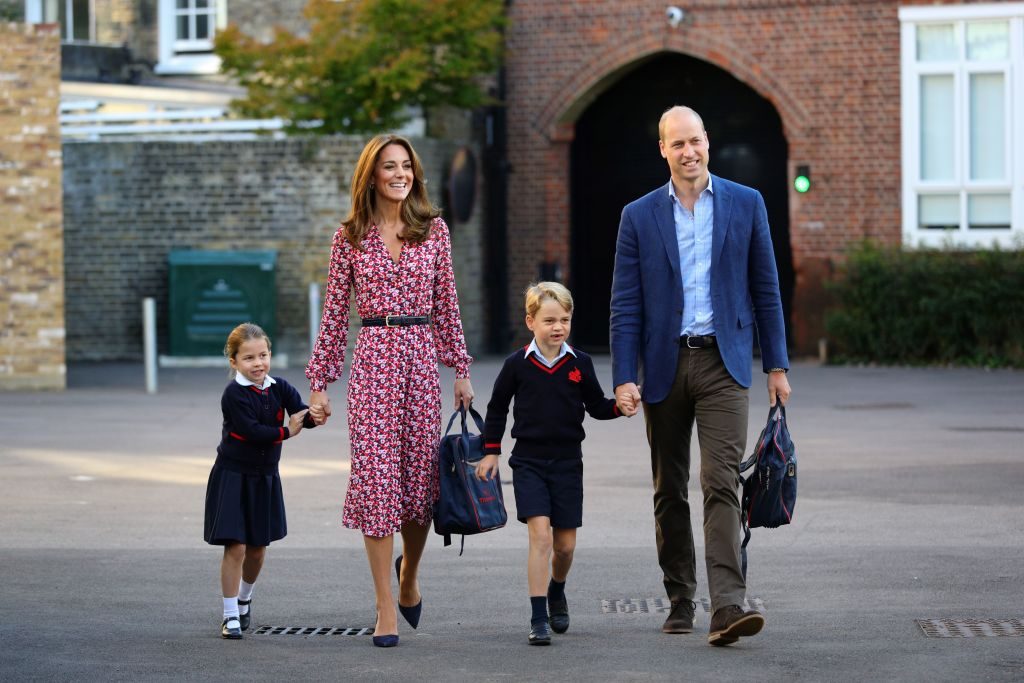 Prince William may seem like a natural as a dad to his three children, but there was a time that he felt very intimidated as a new father. In particular, there was one aspect of parenting that left him “terrified.”

Prince William reveals the terrifying part of being a newdad

Prince William was pretty intimidated by something royal fans might not expect — when George was born, it turns out the duke was “terrified” about installing the car seat for the first time.

During a 2013 interview with CNN, Prince William shared howhe and his wife felt while greeting the world with their newborn son on thesteps of the Lindo Wing. He noted: “I think more shock was the feeling Ifelt, but I was on such a high anyway, and so was Catherine, about George thatreally we were happy to show him off to whoever wanted to see him.”

He continued: “As any new parent knows, you’re only too happy to show off your new child and, you know, proclaim that he is the best looking or the best everything. It’s nice that people want to see George. I’m just glad he wasn’t screaming his head off the whole way through.”

William also shared how it was a bit daunting getting George’scar seat securely installed. He admitted: “Believe, me it wasn’t my firsttime. I know there’s been some speculation about that. I had to practice, Ireally did. I was terrified it was going to fall off or the door wasn’t goingto close properly.”

Prince William had other fears

Earlier this year, while visiting with the group Future Men, which helps prepare future dads for fatherhood, Prince William spoke of how the first days with the newborn are overwhelming.

Prince William explained at the time: “They are so fragileand everything’s so tiny, their little fingers and toes, you do feel like ifyou move them around too much they’re going to break almost but they don’t.”

He added: “The fear of having a newborn baby that’s very vulnerable and that’s what you spend most of your time worrying about, thinking what do I do? And that’s the thing isn’t it, it’s very daunting of how tiny they are when they first arrive.”

Prince William’s worry for his kids

Those newborn worries may be a thing of the past, but Prince William has admitted that he also has concerns for the future. In 2016, a year after daughter Charlotte was born, he expressed some of those fears.

Royal expert Katie Nicholl shared with Vanity Fair more about William and Middleton’s decision to reside in Anmer Hall, with a royal source telling her: “William says there is no negotiation when it comes to his family.”

Nicholl further noted: “The Duke has since addressed hiscritics, refuting the accusations and defending his decision to put his familyfirst.”

Prince William had expressed this in an interview with theBBC that year, explaining: “I’m concentrating very much on my role asa father. I’m a new father and I take my duties and my responsibilities tomy family very seriously and I want to bring my children up as good people withthe idea of service and duty to others as very important.”

He shared: “But if I can’t give my time to my children aswell, I worry about their future.”

Nicholl noted of Prince William’s comment: “It is this worry, say friends, which lies behind the Cambridges’ controversial decision to hide away from the public gaze in Norfolk. At Anmer, William says, they are ‘a family unit. We are a normal family… Right now it’s just a case of keeping a secure, stable environment.”