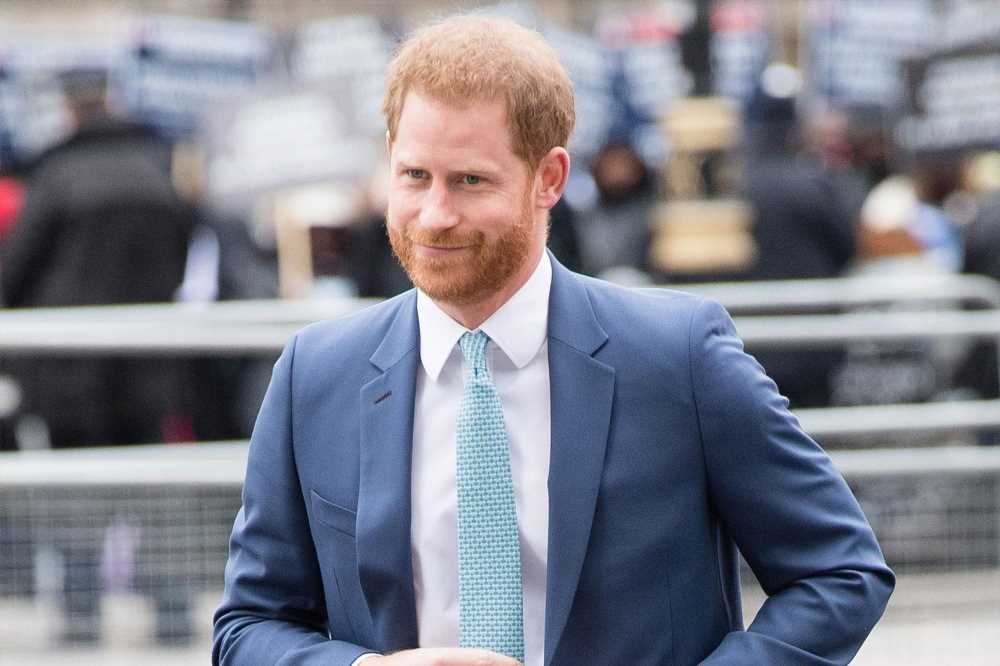 A source told us, “They sat outside, far from other people, and Harry came in wearing a mask.”

There was speculation over whether Harry would stay in the UK for Her Majesty’s 95th birthday, days after he’d attended the funeral of his grandfather on Saturday.

The Queen marked the day by admitting she was still in a “period of great sadness” after the death of her husband, who died at 99 earlier this month. She’s believed to have spent the day with family at Windsor Castle.

However, we’re told the Duke of Sussex wanted to return home to his heavily pregnant wife Meghan Markle — banned by doctors from joining him in the UK — and their son Archie. He flew back Tuesday on a commercial flight and headed back to his Montecito, Calif., home to be reunited with his family.

The royal family and the Annenberg family have a rich history together: Wallis’ father, Walter Annenberg, was the US ambassador to the UK under Richard Nixon from 1969 to 1974.

Wallis, 81, heads her family’s multibillion-dollar Annenberg Foundation. Her family’s namesake Annenberg Center for the Performing Arts is where Vanity Fair traditionally holds its glitzy Oscars party. She is also on the boards of USC, the LA County Museum of Art, and LA’s Museum of Contemporary Art.

Meantime, it has not been a good month for the uber-private San Vicente Bungalows. Page Six reported that a member was recently expelled from LA’s most exclusive hideaway after their guest tipped off the paparazzi that Justin Bieber was at the club with his wife, Hailey.

The club, by Sunset Tower guru Jeff Klein has a strict policy against cellphones, photos and leaks — punishable by permanent expulsion.

But our source told us of the Harry sighting, “it’s just too juicy — I had to divulge,” despite the possible penalties for any member who admitted them. Klein refused to respond. A source told us he’s privately “crazed and trying to figure out how the privacy policy has been breached.”

We also previously reported that the club was once on the hunt for a leaker who tipped us off that Steven Spielberg and Netflix boss Ted Sarandos were breaking bread at the hotspot in 2019 — signaling that the power players had buried the hatchet over a feud regarding Academy Awards rules.

Harry and Markle signed a multiyear deal with Netflix last year, and are currently creating their first series, “Heart of Invictus,” about a Paralympics-style competition for veterans founded by Harry in 2014.

Meantime, Netflix this year commissioned the USC Annenberg Inclusion Initiative to launch a diversity and inclusion report on its content as part of an ongoing partnership.

A rep for the Sussexes was unavailable for comment, and a rep for the Annenberg Foundation did not immediately get back to us.