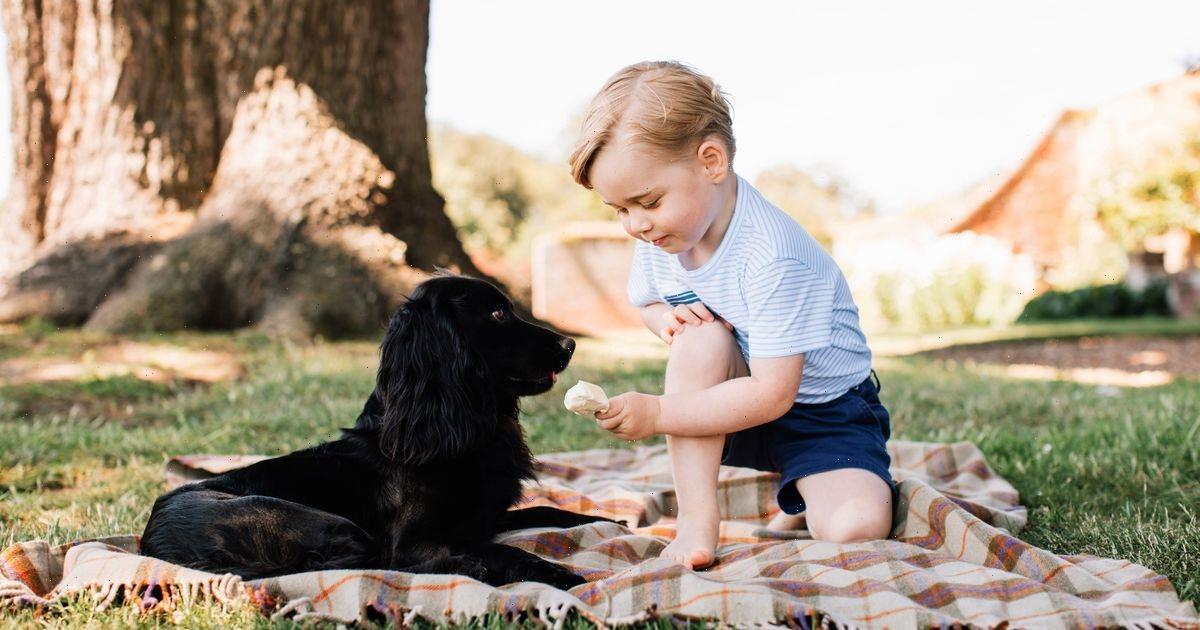 Celebrations are in order for Prince George who turns nine years old today (22 June). The youngster, who is the first child of the Duke and Duchess of Cambridge, was born in 2013 at St Mary’s Hospital in Paddington. As Clarence House Twitter confirmed that mum Kate Middleton “was safely delivered of a son at 4.24pm”, the third-in-line to the throne was first introduced to the world when his parents posed on the steps of the Lindo Wing. Since then, a selection of official portraits have been released each year in celebration of the little one’s birthday. So, let’s take a look at Prince George’s birthday portraits throughout the years…

In photos released to celebrate the birth of the young prince, George could be seen surrounded by his doting family – including the Cambridge’s cocker spaniel, Lupo, and the Middleton family’s retriever, Tilly. The adorable snap was taken by Michael Middleton at the Middleton family home in Berkshire.

Doting mum Kate has often spoken out about the importance of giving children the chance to enjoy the great outdoors, and George’s third birthday photos are a great example of her parenting style. In photos taken at the family’s home at Anmer Hall in Norfolk, the young royal was snapped by photographer Matt Porteous. In one picture, the tot could be seen playing with the Cambridge’s family dog Lupo and in another George could be seen on a swing inscribed with the names of his parents.

Prince George’s fourth birthday portrait was distinctly formal and was taken by royal photographer Chris Jackson at Kensington Palace. The royal looked smart in a shirt as he posed for the portrait in front of a charcoal grey backdrop.

As Prince George turned six, the Duchess of Cambridge showed off her incredible photography skills as she took his official birthday portraits for the first time. In the three images shared for the occasion, two of the photos showed the prince wearing an England football shirt as he played in the gardens of Kensington Palace while the final image was taken on holiday. Commenting on his choice of clothing, the England football team’s Twitter account wrote: “Great choice of shirt! Have a brilliant birthday, Prince George!”.

Another photograph taken by the Duchess of Cambridge was released to celebrate George’s eighth birthday. The photo showed the prince wearing a striped polo top and sitting on a Land Rover Defender. Prince Philip, who tragically died months prior to the youngster’s birthday, was known as being a big fan of the car, leading some royal fans to believe that the photo was a subtle tribute to him.

To celebrate George’s most recent birthday, a photo taken during a family holiday in the UK earlier this month was shared and it showed the prince all grown up. As has become tradition, the Duchess of Cambridge was the person behind the snap, with her and William announcing that they were “delighted” to share the picture.