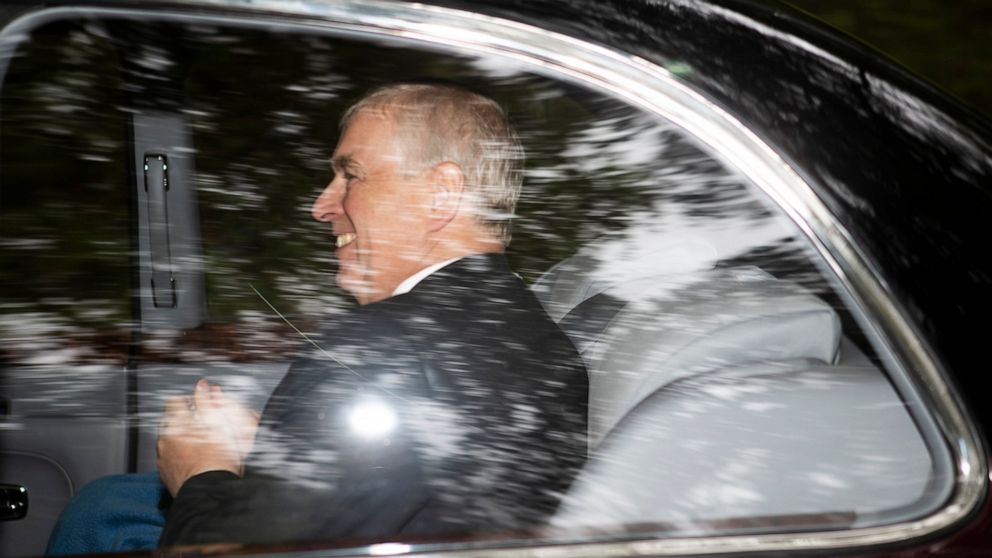 Britain’s Prince Andrew responded to intense media scrutiny of his links to Jeffrey Epstein by issuing a statement Saturday denying any knowledge of criminal behavior by his one-time friend who killed himself in a New York jail while awaiting trial on sex trafficking charges.

“At no stage during the limited time I spent with him did I see, witness or suspect any behaviour of the sort that subsequently led to his arrest and conviction,” Andrew said in the written statement, referring to Epstein’s 2008 conviction after pleading guilty to prostitution-related state charges.

Epstein served 13 months behind bars. Andrew again said it was a “mistake” to visit Epstein after his release in 2010.

Epstein, 66, killed himself Aug. 11 while awaiting trial on charges of sex trafficking and conspiracy.

Saying he wanted to clarify their “association,” Andrew said, “I met Mr. Epstein in 1999. During the time I knew him, I saw him infrequently and probably no more than only once or twice a year. I have stayed in a number of his residences.”

Saturday’s statement was not the first time Andrew has commented on Epstein.

Earlier this month, Andrew rejected suggestions he may have been involved in Epstein’s crimes. That statement came after the Mail on Sunday newspaper obtained a Dec. 6, 2010, video showing Andrew inside Epstein’s New York home waving goodbye to a young woman. The video was recorded after Epstein’s 2008 conviction.